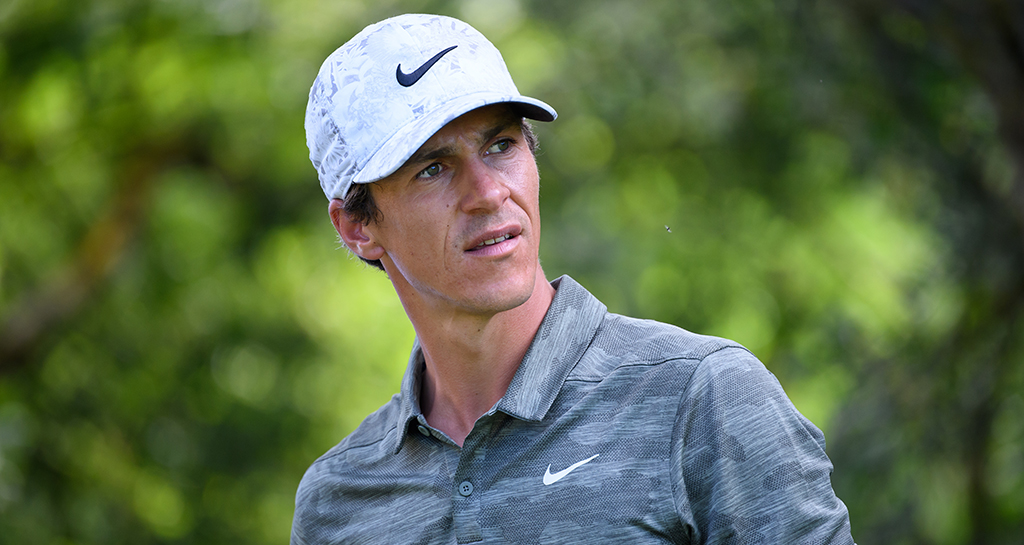 Danish golfer Thorbjorn Olesen grabbed a woman’s breast on a British Airways flight after drinking and taking sleeping pills, a court has heard.

The Ryder Cup winner, 31, also allegedly pushed a member of cabin crew and urinated on a first-class passenger’s seat on the plane from Nashville to London Heathrow.

He was on board the flight with other professionals including Englishmen Ian Poulter, 45, and Justin Rose, 41, following the World Golf Championships-FedEx St Jude Invitational in Memphis.

He denies sexual assault, assault by beating and being drunk on an aircraft on July 29 2019 at a trial at central London’s Aldersgate House Nightingale Court.

Five-time European Tour winner Olesen, of Chelsea, south-west London, said he had no memory of his behaviour onboard the plane after drinking alcohol and taking sleeping pills, the jury was told.

BA cabin crew Sarah White said in a statement read in court she served a glass of champagne before take-off, followed by a vodka and cranberry juice, and noticed him drinking pink champagne from another passenger’s glass.

Another BA crew member Helen Devereux noticed a small group of people gathered round his seat with a handful of “brightly coloured pills” and heard someone say: “Oh, I’ll have some of those,” the court heard.

Passenger John Haggis said he heard the sound of foil from tablets, referred to as Xanax, being broken and Mr Poulter saying he had given one to Olesen earlier and that he “should do with another as he felt fit”.

Ms White said “it appeared they were trying to have a party”.

She told how she later tried to direct Olesen back to his seat after a trip to the toilet, where he had struggled to get out by pushing on a pull door.

He is alleged to have pushed her with his right hand on her shoulder and said: “It’s all about you, isn’t it?”

“During the flight Mr Olesen assaulted me and failed to listen to my instructions,” she said.

“Through my 27 years of service, I have never come across such bad behaviour on board a flight.”

Cabin service director Graham Gee told the court he noticed Olesen in business class and said he appeared to be “unsteady on his feet and under the influence of something”.

Mr Gee said: “He became affectionate by holding my hand and kissing it.”

He said Olesen then made the sign of the cross and kissed his hand to God.

A woman, who cannot be identified because she is an alleged victim of a sex offence, said in a statement Olesen then grabbed her hand and started to kiss it.

“He would not let go and then nuzzled his face into the nape of neck. I felt he clearly didn’t know what he was doing,” she said.

“He had his right hand around my back. With his left hand, he then grabbed my breast and moved his hand over my right breast.

“I felt shocked, he had overstepped the mark.”

The court heard cabin crew intervened and Olesen was eventually returned to his seat with the help of Mr Poulter, but her later woke up and urinated on Mr Haggis’ seat and the aisle.

At one point during the flight Mr Rose was allegedly seen by cabin crew Siobhan Clarke to open his overhead locker and remove a small medicine bottle before going to speak to Olesen.

He is said to have returned with a white tablet in his hand and said: “He hasn’t taken anything because I found this tablet in the area where he was sitting.”

Olesen was arrested after the plane landed and told police in interview he could not remember what happened on board.

He said he had taken a natural sleeping pill along with other sleeping pills and had five or six drinks, including red wine, beer and vodka with the intention to “knock himself out”.

Summarising the interview, prosecutor Max Hardy said: “He said he felt terrible and embarrassed, and was very sorry.”

In a statement, Mr Poulter said Olesen was “in a good mood” and “very jovial” when he boarded the flight.

He said he had taken some sleeping tablets but did not give any to Olesen.

“I was unaware of what happened,” he said.

“I assisted with bringing him back to his seat. He looked a little bit worse for wear and I just assumed he had too much to drink.”