Ryder Cup: Europe will have to surpass Miracle at Medinah going into singles 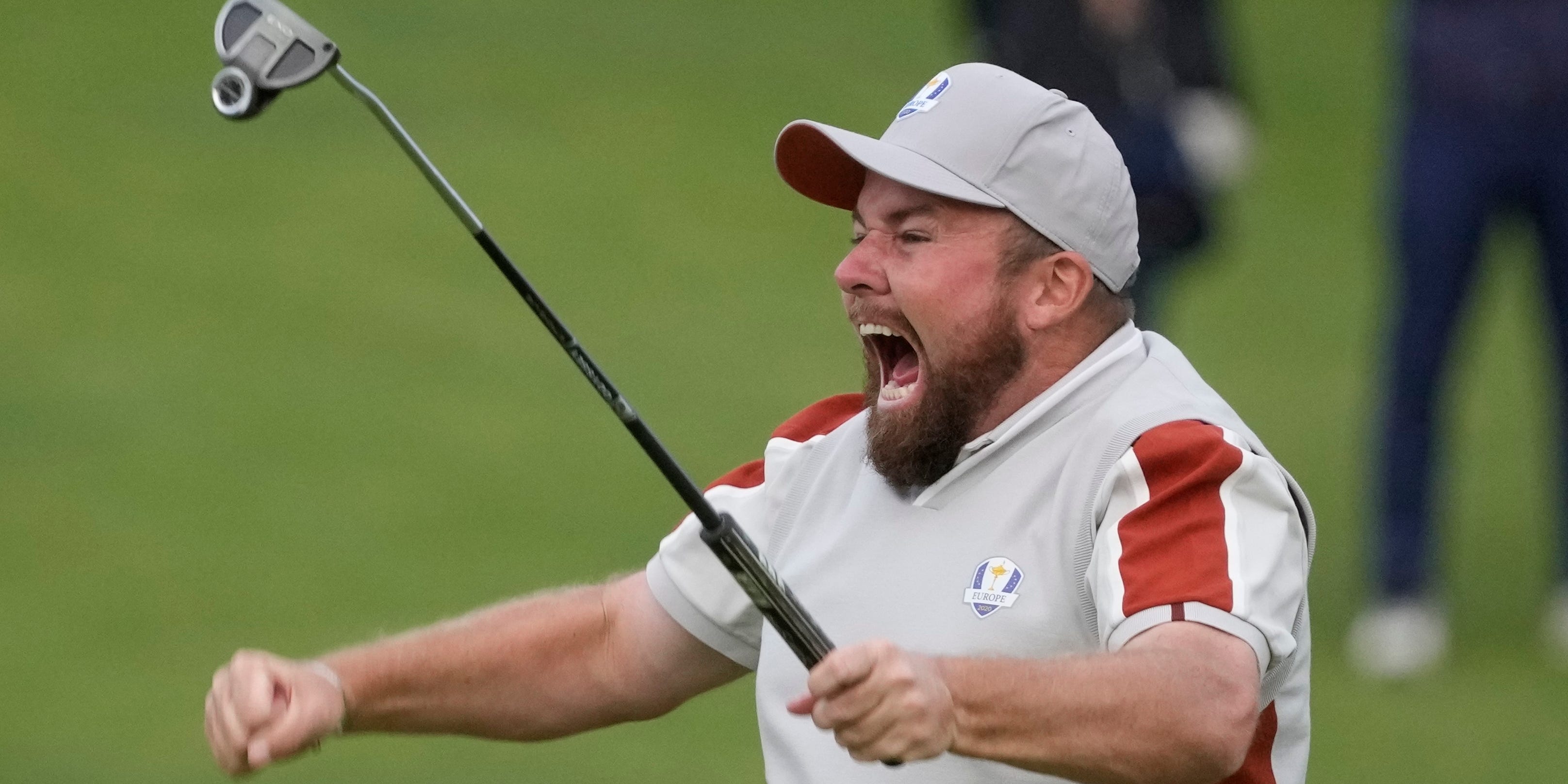 Europe will have to exceed their ‘Miracle at Medinah’ heroics to retain the Ryder Cup, despite the best efforts of the latest Spanish Armada at Whistling Straits.

World number one Jon Rahm and compatriot Sergio Garcia evoked memories of the great partnership between the late Seve Ballesteros and 2012 captain Jose Maria Olazabal as they made it three wins out of three in Wisconsin.

Europe will have to surpass Miracle at Medinah

But it took until the fourth session of the contest for someone else to win a full point, Shane Lowry brilliantly holing from 10 feet for par on the 18th to seal a dramatic victory with Tyrrell Hatton over Tony Finau and Harris English.

Rory McIlroy did not make a single birdie as he and Ian Poulter lost for the second time this week, beaten 4 and 3 by Dustin Johnson and Collin Morikawa, meaning McIlroy has lost all three of his matches without even reaching the 16th hole.

And with Tommy Fleetwood and Viktor Hovland losing 3 and 1 to Bryson DeChambeau and Scottie Scheffler, Padraig Harrington’s side trailed 11-5 heading into Sunday’s 12 singles matches.

Olazabal’s side were 10-6 down at the same stage at Medinah but a defiant Lowry said: “I really hope we can go out give them loads and you just never know.

“All morning I was thinking of Medinah. I was thinking we were probably getting a lot of stick back home and the captain and vice-captains for their pairings because everyone is a genius when you are not playing well.

“But we’re still not out of it. If any 12 of us were going out against any of them in the match play, we would fancy our chances. We just have to believe. It’s all about believing.

“I read a quote last night on my phone and it was like if you’ve got a one per cent chance, you have to have 100 per cent faith. And I just think that we really need to live by that tonight and tomorrow and go out and give it our best.”

Speaking about his winning par putt, Lowry added: “I said to Bo (Martin, his caddie) ‘I’m made for this’.

“I didn’t know I was going to hole it but I was going to try my best and I am so happy it went in. It’s my mother’s birthday today, so that was for her. I’ve always wanted to play in the Ryder Cup and even though we are a few points behind I am having the week of my life.”

In the morning foursomes narrow defeats for Paul Casey and Hatton, Hovland and Bernd Wiesberger, and Lee Westwood and Matt Fitzpatrick meant the United States won their third straight session 3-1 to extend their overall lead to 9-3.

Europe’s perilous position would have been even worse had Rahm and Garcia not turned the opening match around in brilliant style having lost the first three holes.

A high-quality contest was almost marred by an incident involving Koepka on the 15th, where the four-time major winner sought relief from a bad lie in the rough, claiming there was an impediment in his follow-through.

After being turned down by one referee Koepka called for a second opinion but did not get the answer he wanted and angrily said to the officials: “If I break my wrist it’s on f****** both of you.”

Koepka, who injured himself hitting a tree root and withdrew from the Tour Championship earlier this month, eventually took on the shot and even found the green, but a stunning approach to the next from Garcia set up a conceded eagle and the match was over on the next.

The win was Garcia’s 24th in total, edging him ahead of Nick Faldo, and extended his record points tally to 27.5.

Hovland and Wiesberger had been three up after six holes against Justin Thomas and Jordan Spieth before falling to a two-hole defeat, while Casey and Hatton had turned a four-hole deficit to just one when Casey holed out from 107 yards for an eagle on the 14th, only to bogey the next.

Westwood and Fitzpatrick’s 2 and 1 loss to Xander Schauffele and Patrick Cantlay meant Westwood has lost his last six Ryder Cup matches and Fitzpatrick is yet to win anything from his four across 2016 and this year.