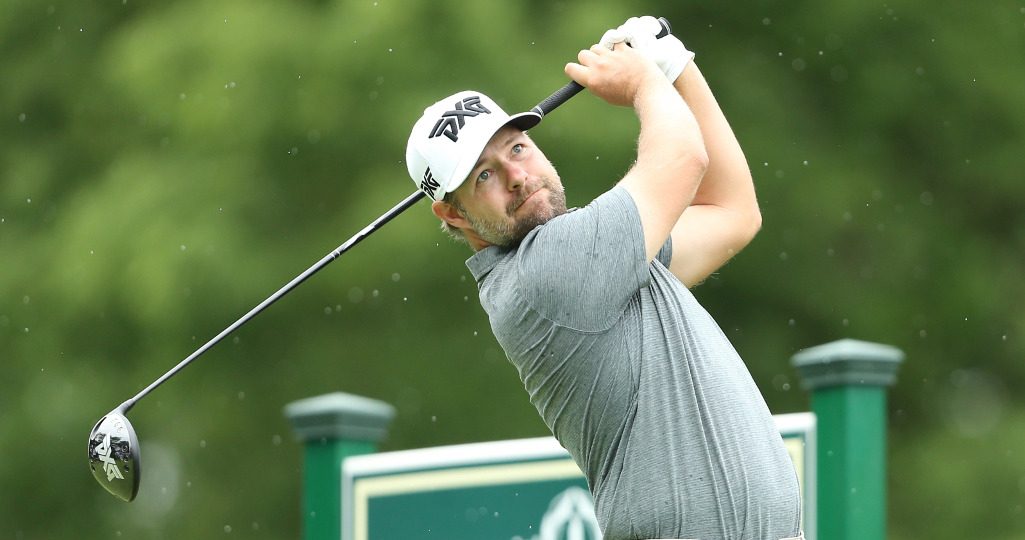 Ryan Moore enjoyed a flawless start to lead the field by one stroke at the Memorial Tournament on Thursday.

The American signed for a bogey-free seven under 65 around Muirfield Village, enough for a one stroke lead over Jordan Spieth, while a host of contenders are a further shot back on five under.

Moore was off to a fast start amongst this weeks’ high quality field, rolling in birdies on five out of his opening seven holes. The 36-year-old gained two more shots coming home and left the final green grinning from ear to ear.

“I’ve had two kind of really good finishes, and then a bunch of very moderate golf up around that, so I’d like to make it a little bit more consistent,” Moore told the press.

“I’m a guy that can be up there, like top fives and top tens, and either I’ve had it or haven’t had it this year, which is a little unusual for me.

“I kind of have to figure it out… but it’s really putting consistency. I feel like I’ve been controlling the golf ball nicely all year… and I’ve had an opportunity to shoot a score every day, but I don’t make the putts that keep the momentum going. A lot of those have been lipping out.”

One stroke behind is Spieth, who’s 66 included some incredible scrambling, where he chipped in twice and dropped a 35-foot monster putt for eagle on the par five fifth.

“It was okay,” said the humble Texan after his round.

“Some more work to do on it. I missed three greens with wedges and plugged one in a bunker with a punch 8-iron. So I had four opportunities, ended up off the green on all of them.”

Further down the leaderboard, Martin Kaymer and Anirban Lahiri are part of a group locked in T3 at five under, while Tiger Woods fired a two under 70.