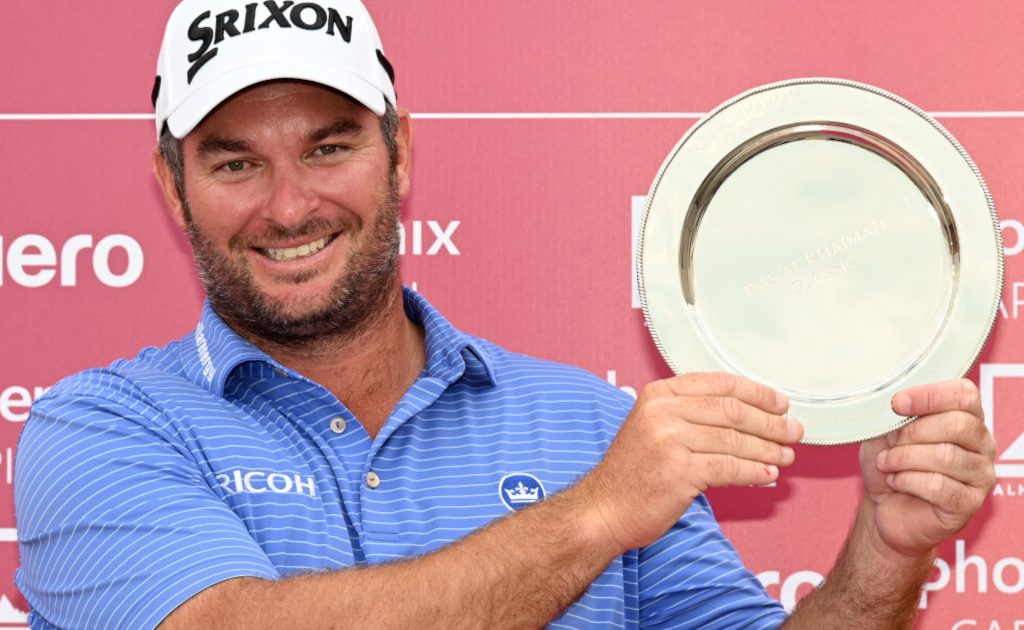 Fox, the son of former New Zealand All Black Grant Fox, took a six-shot lead into the final round at Al Hamra Golf Club but saw it cut to just two after covering the first seven holes in one over par.

A birdie on the eighth gave Fox some welcome breathing space and he then holed from 45 feet on the 12th and also birdied the 13th and 18th on his way to a closing 69 and five-shot win over Ross Fisher on 22 under par.

“Probably relief is the main (emotion),” Fox told Sky Sports. “It was a bit of a struggle today.

“Sleeping on a six-shot lead I did not sleep very well last night and a couple of guys came at me early and I was a bit nervous.

“It was going south pretty quickly and I’m pretty happy I could turn it around and show quite a bit of mental fortitude.

“I had that awful feeling in the pit of my stomach all day but I’m very happy with how I played, a couple of great shots coming down the stretch and it was certainly nice walking up the last with my putter in my hand knowing I had five or six putts or whatever it was for it (the win).”

Fox had missed the cut on the same course last week as he struggled with a back injury, but the Tour’s physios helped him back to full fitness and he also received a putting tip from South Africa’s Shaun Norris at the start of the week which paid massive dividends.

Larrazabal had looked the biggest threat to Fox when he covered the first seven holes in three under to close the gap to two shots, but as Fox began to make some birdies the Spaniard could only pick up one more, on the 11th, before dropping his only shot of the day on the 17th.