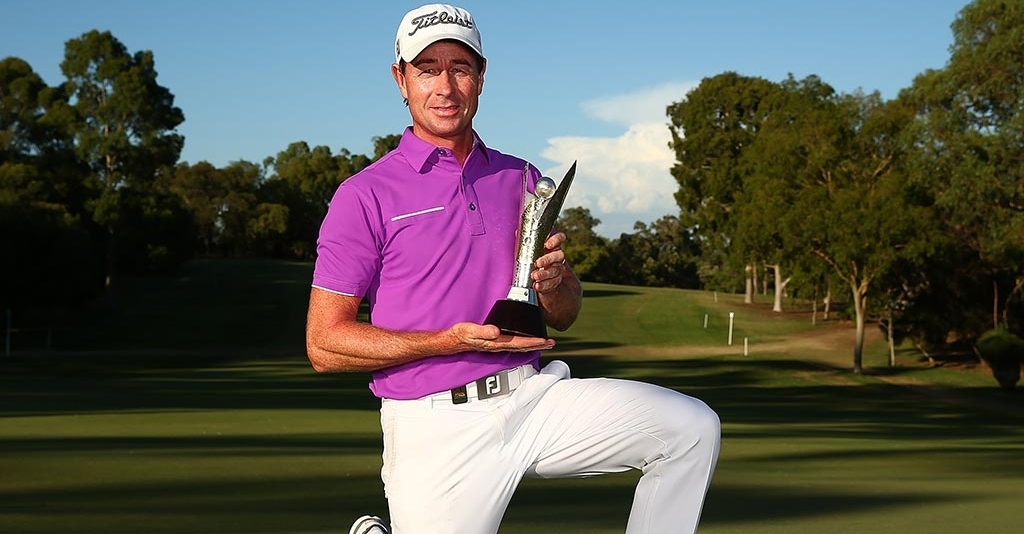 In the play-off final at the Lake Karrinyup Country Club, the 39-year-old Rumford beat Thai teenager Phachara Khongwatmai two and one in the six-hole matchplay final.

In the 54-hole stroke play format, Rumford dominated finishing five clear of the rest of the field and on Sunday his form continued when he won all four of his matches in the six-hole match-play format.

The Australian, who had a bye into the last 16, had a 2&1 victory over Japan's Hideto Tanihara and 2&1's against countrymen pair Wade Ormsby and Adam Bland.

In an interview afterwards, Rumford, who won his place back on the European Tour with his victory, said he was very happy to be the winner of the tournament.

"It's amazing, particularly being a new format and the first winner of that. It has been a long, hard-fought week."

"It really comes down to the people," he said of the new event, "If it's going to grow the game and it becomes an event with a bit more excitement and thrill about it then as a tour we've done a great job.

Things proceeded with the next hole being halved, then at the fourth, Rumford moved ahead after sinking a 15-footer.

On the fifth, Rumford claimed victory when his tee shot landed close to the flag while Phachara found the bunker and needed two shots to get out costing him any chance of recovering.

In third place after their playoff was Bland who beat Jason Scrivener 1up and Louis Oosthuizen was fifth after beating Steven Jeffress.