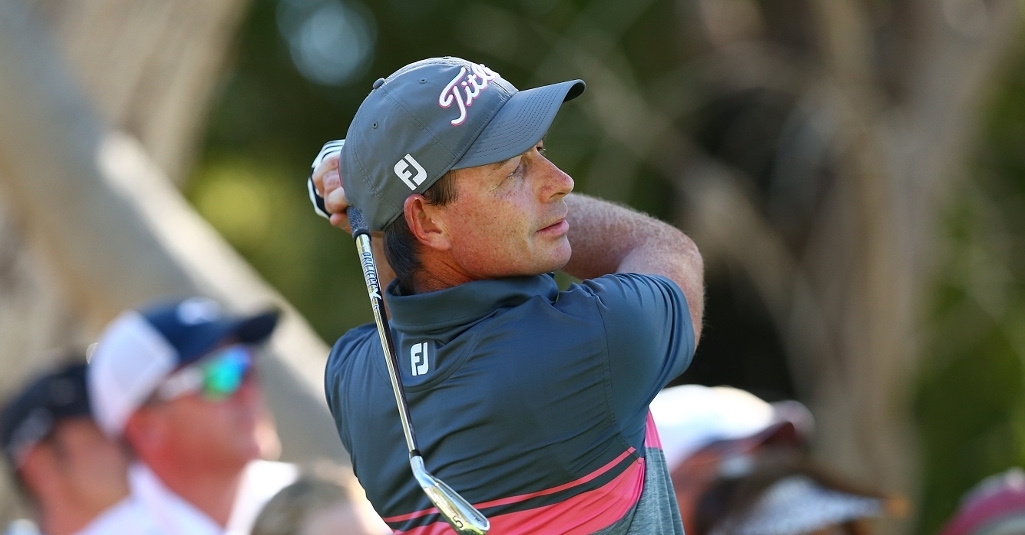 Brett Rumford has a two stroke lead at the halfway stage of the ISPS HANDA World Super 6 following the second roud on Friday.

The Australian carded a seven under 65 around Lake Karrinyup Country Club to move to 13 under for the tournament, two shots ahead of David Bransdon, while Steven Jeffress is alone in third place on ten under.

The Australian went on a birdie blitz mid round, rolling in five from the sixth to the tenth before going birdie-bogey-birdie on the 13th, 14th and 15th.

Meanwhile, fellow Australian Bransdon lit up the course, firing an eight under 64, the lowest round of the week. A hot putter saw him sink three birdies and the front nine and another five coming home for a brilliant round.

On Sunday, the tournament will move into match-play, with the top eight players receiving first round byes. Rumford is hell bent on securing one of those spots…

"Oh, 100 per cent, definitely," confirmed the 39-year-old on europeantour.com.

"That's one less lottery round you have to deal with, isn't it? So that's definitely a huge bonus qualifying inside that top eight. It's definitely something I am thinking about.

"For any players, that's why it's going to be so unique and so interesting as well. There's sort of cuts within cuts this week and if you're not thinking about it, maybe it's a good thing, maybe a bad thing, I'm not too sure, but definitely the top eight is where you want to be.

"I think I'm just going to take it one day at a time. Wake up tomorrow, just check energy levels and really just maintaining that, staying fresh, particularly in this heat.

"So that's all you can really hope for, just walking up to the first tee feeling as though you're good to go."

Further down the leaderboard, Lucas Herbert and American Johan Veerman are locked on nine under with a host of players tied for sixth.