Rumford in pole position in Australia 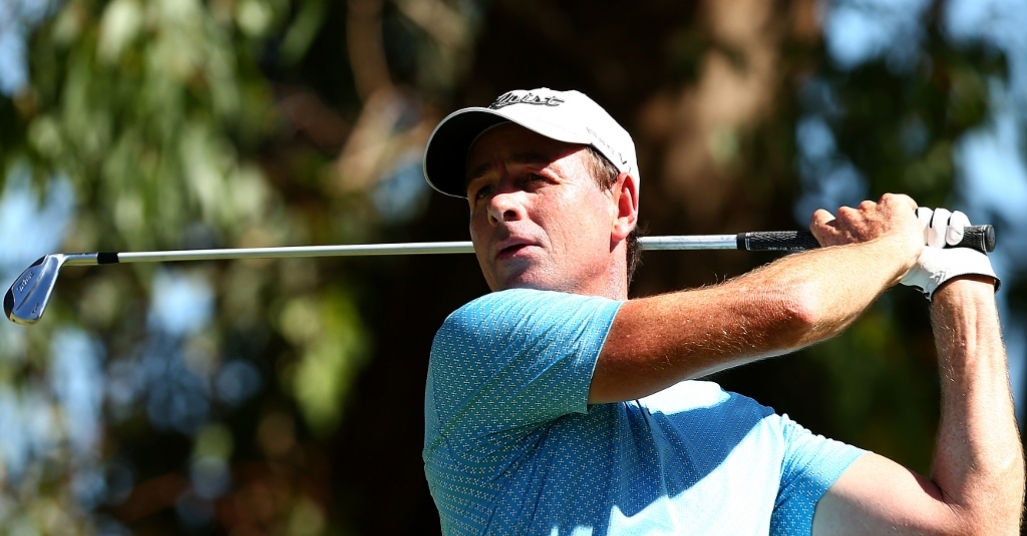 Brett Rumford topped the leaderboard has the ISPS HANDA World Super 6 in Perth moves into it's match-play finale on Sunday.

The Australian began the day with a two stroke lead and his four under 68 moved him to 17 under for the tournament, five strokes ahead of the chasing pack.

Rumford was two over after seven holes thanks to a double bogey on the seventh, but drained six birdies in the final ten holes to top the leaderboard.

However, his lead does not matter, as the top eight players secure a bye in the first round of match-play while the following 16 players will face off first thing on Sunday around Lake Karrinyup Country Club.

"I've just qualified through the top eight but, still, you've got to go out making birdies on the golf course," the 39-year-old told europeantour.com.

"It gives up plenty of birdies so it's going to be really exciting. As I've said all week, you should see a bit more animation from the players. You'd fear every opponent in this kind of format.

"Your opponent can start really fast off and you can be in trouble. So it's all on how your opponent is also going to play. So it will be a bit of a different mindset starting out tomorrow.

"I think from the first hole it will be like playing the last hole of a tournament. You need to focus pretty hard to get off to a quick start because it's only six holes but it should be fun to see how it plays out.

"I don't think I'll be nervous but, you know, I think it's more just seeing how everything's going to play out and knowing that it can be a very quick Sunday or it can be a long day."