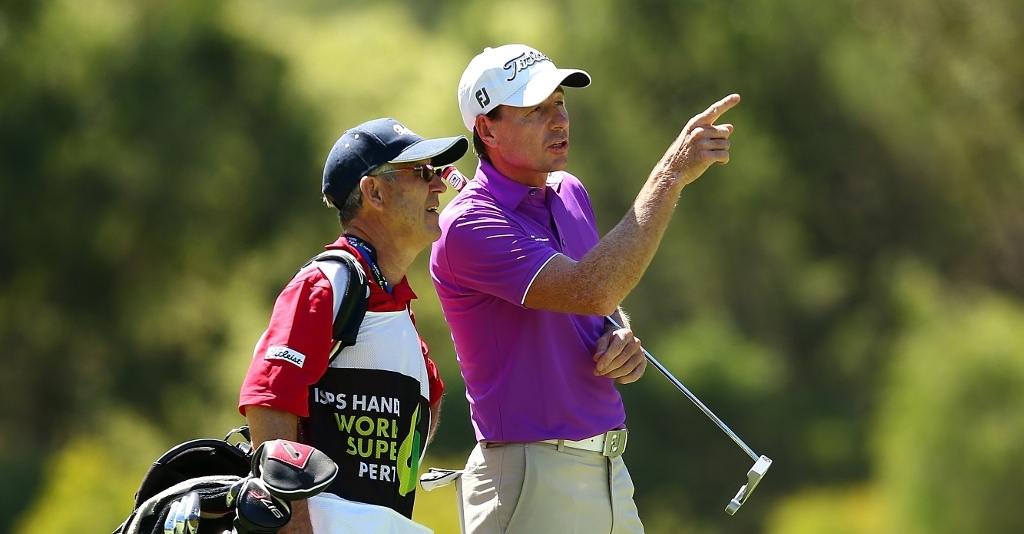 Brett Rumford and Mark Foster are tied at the top after Thursday's opening round of the ISPS HANDA World Super 6.

The duo carded a pair of six-under-par 66s around Lake Karrinyup Country Club to earn a one-stroke lead over a plethora of players on a congested leaderboard.

Rumford  – who is looking for his first win on the European Tour since 2013 – was five under when he stepped on the 13th tee, where he carded his solitary bogey. However, he made up for it with two gains on the 14th and 15th.

"I don't feel pressure to win but my focus is on purely winning every golf tournament I'm trying to get into," said the 39-year-old Australian afterwards.

"So it's a bit of funny psychology. My weeks off, I'm quite relaxed and I'm just prepping for that next opportunity to go out and play well."

Meanwhile, for Foster, the low round came a surprise.

"I'm pleasantly surprised," quipped the Englishman, who would have had the solo lead if it wasn't for a bogey on the last.

"You come all this way and you don't know what to expect and, obviously, as the round went on it got better so I was really pleased.

"You just come down, you want to give yourself a chance, so I came down early because I've not been playing anything, so that was the best thing I probably could have done."

Further down the leaderboard, there are no less than ten players on five under and another 11 on four under.