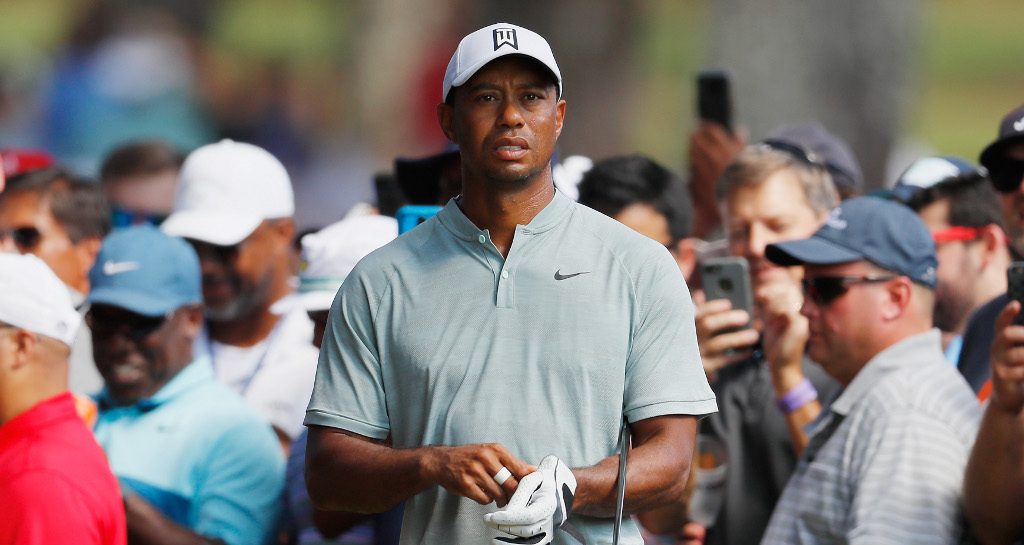 Justin Rose and Tiger Woods are tied for the lead after the second round of the season-ending Tour Championship in Atlanta – as the FedEx Cup finale continues to go all the way down to the wire.

Rose hit a three-under-par 67 while Woods carded a 68 as they moved to seven under overall, two shots clear of Northern Ireland’s Rory McIlroy.

World number one Rose will take the FedEx Cup title with victory this weekend.

Relive all the excitement from Friday's round @PlayoffFinale. @TigerWoods and @JustinRose99 head into Moving Day as co-leaders.

A high finish could be enough, with American Bryson DeChambeau, the current points leader, struggling on six over.

Americans Tony Finau and Dustin Johnson are the only other players in the 30-man field who can secure the title by winning the tournament, regardless of other results.

Last year’s champion Thomas is three strokes off Rose, with Finau and Johnson on two under and one under respectively.

Woods would need Rose to slip up and other contenders to falter to claim his third FedEx Cup, but he remains in contention after an impressive round.

The 42-year-old, who returned to competitive golf in November last year following back surgery, reached the turn in level par before taking the outright lead during a run of three birdies in four holes.

The only player to reach the 590-yard 18th hole in both rounds?@TigerWoods. 👏 pic.twitter.com/P64cPISQIE

He made double bogey at the 16th after being forced to lay up from a fairway bunker, but birdied the last to head into the weekend level with Rose.

“I ground out a round and wasn’t as sharp as I was in round one,” Woods told Sky Sports.

Nevertheless Woods made over 100 feet of putts for the second straight day.

“I’m rolling the ball well,” he said, “but, more importantly, I need to leave the ball in the correct spots. Above the holes is not easy this week, and so it’s imperative I hit the ball in the fairway so I can control my spin coming into the greens. Yesterday I had a bunch of uphill putts, and hence I shot 5-under.”

Rose’s progress was also not as impressive as on Thursday as he made five birdies and two bogeys.

After a 27ft birdie putt on the 14th, he followed a bogey at 16 with a wayward tee shot at the next hole, but saved par and hit a birdie at the last.

“It was a little rough around the edges compared to round one but I’m happy to have found a score,” Rose said.

“It will be an honour to play with Tiger as world number one, but there is more to play for than that and I’m just looking to go to about my business and set it up for Sunday.”

McIlroy hit a two-under 68 to move into outright third, while Rickie Fowler, who shared the lead with Woods after the first round, carded a 72 to slip back to three under overall.

The Tour Championship is the last of four FedEx Cup play-offs that determine the season-long champion on the PGA Tour.