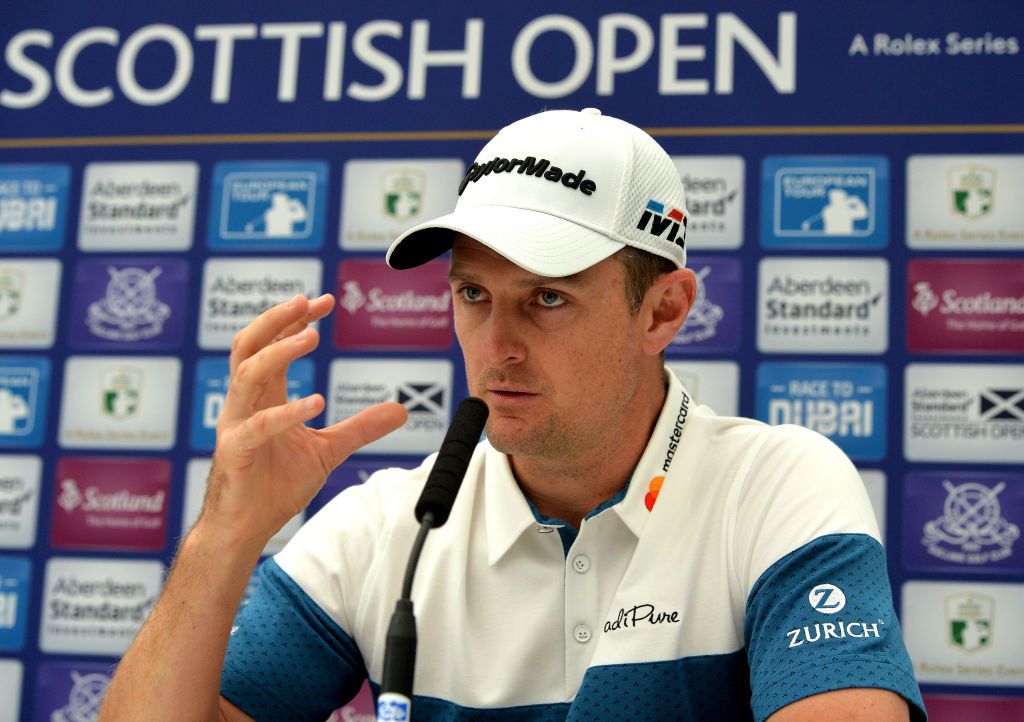 Justin Rose heads to the Scottish Open this week hoping to use it as a springboard to a second major championship.

The world number three is in Gullane hoping that it will help hone his links game ahead of The Open at Carnoustie in a week’s time as he tries to ensure his legacy.

“You start edging towards a Hall of Fame career then when you win multiple Majors for sure,” said Rose.

“I feel like my career has been one major and a lot of other good stuff, which is nice, but just one major. I haven’t really kicked on from that point of view. I think winning the second is very important just in terms of where you’re perceived in the history of the game.

“The icing is on the cake but I’m looking for a little bit of cherry and decoration and sprinkles from this point on. It’s been a great 20 years but I really feel like there’s an opportunity now for me to make it something special and an Open would be amazing.

“For me, the next two weeks are a body of work all together, hopefully with the peak being a week on Sunday but with steps along the way.

“Carnoustie is probably in the top half of my favourites Open venues and I think it’s a huge advantage to be playing here this week. I think it’s very tough to show up and click into links golf, especially with the course playing as it is now.

“The year Phil (Mickelson) won at Muirfield, it was as brown as this and I remember hitting tee shots and thinking: ‘how do you stop it under 400 yards?’ on certain holes.”

The recent heatwave in the UK means both Gullane and Carnoustie will be as firm as ever, something the 38-year old said will be key.

“We all know the weather we’ve been having so it truly is a links test out there,” said Rose, who won the Scottish Open in 2014. “The ball is running forever and there’s hills to contend with as well which is going to accentuate the run on the ball so there will be a lot of strategy.”