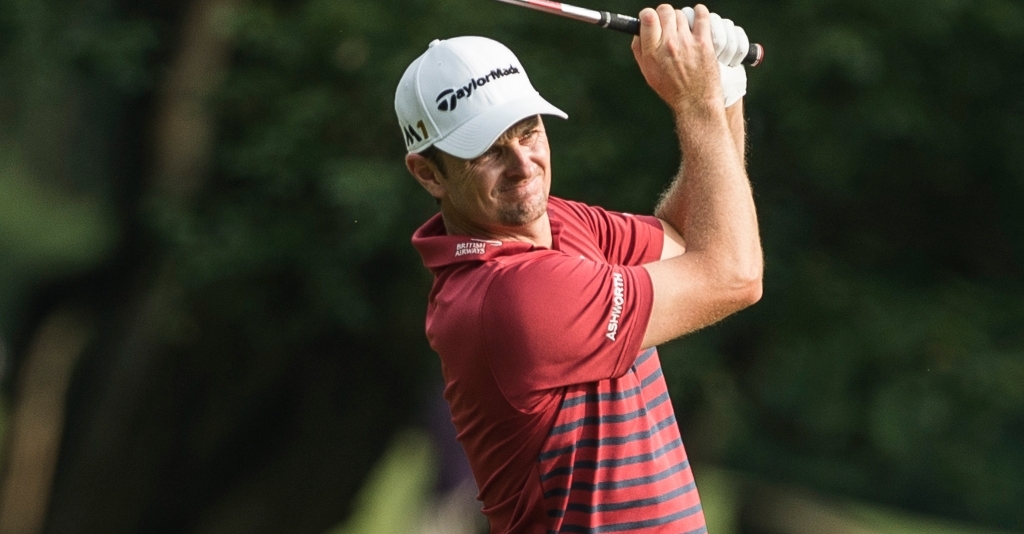 Justin Rose will head into the weekend with a one stroke lead at the Hong Kong Open, after carding a four-under-par 66 during the second round.

Rose, who had a bogey-free first round, made just one blemish on Friday and that was the dropped shot recorded at the ninth (his 18th). For a protracted period during Friday's second round, it looked like Rose would be completely flawless yet again.

Starting on the back nine, Rose drained birdies at the 10th, 14th and 18th holes. He continued his run when he made the turn, carding consecutive birdies at the third and fourth holes. During that spell there was not a bogey in sight.

However, Rose was not the only player to benefit for the low scoring conditions which presented themselves on Friday, with compatriots Ian Poulter, Matt Ford and Matthew Fitzpatrick also cashing in.

Poulter is in a tie for third, after the first 36 holes and Ford is in a tie for fifth, alongside Fitzpatrick. Both players are now just three strokes behind the leader.

This week is critical for several players on the European Tour. Some are fighting to secure a card for the coming season, while others are trying to secure a spot among the top 60 in the Race to Dubai.

Poulter is currently at 50th in the Race to Dubai. Following his four-under-par 66 on Friday, he has now put himself in a strong position to build on that this week. The Englishman is two strokes behind the leader.

Ford is outside the top 110 in the world but he could make some progress if he builds on the five-under-par 65 that he carded during the second round this week. Ford is on six-under-par for the week and three strokes behind Rose.

Fitzpatrick is fast emerging as a top candidate to win the Tour Championship at the end of the season. He was not as prolific as his compatriots on Friday but remains just three strokes behind the leader heading into the weekend.

Other stories were written on Friday though, as world number 285 Lucas Bjerregaard, who also started on the back nine, climbed four places on the leaderboard, finishing the round just one stroke behind Rose, after he also recorded a 66.

First round leader Wei-chin Lu dropped two places on Friday, despite shooting an under par round. He heads into the weekend, in a tie for third.

The man who shared the lead with him on Thursday, Andrea Pavan, dropped a remarkable 15 places on Friday, after carding a two-over-par 72 in the second round. His prospects have not diminished completely though, as he is still just five strokes behind Rose.

Former PGA Champion Y. E. Yang  has continued to roll back the years this week, after carding a 66 on Friday, which moved him 16 places up the leaderboard, where he currently sits on six-under-par for the tournament.

Indian superstar Anirban Lahiri continues to impress on the European Tour, and joins Yang in a tie for fifth heading into the weekend.