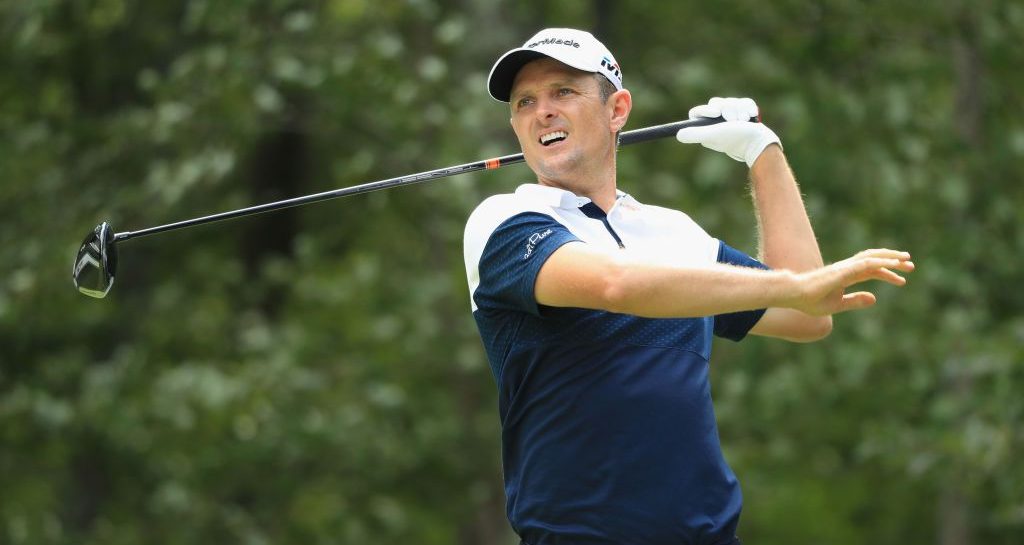 Justin Rose carded a superb six-under-par 65 to lead after the opening round of the 2018 Dell Technologies Championship on Friday.

On a breezy day that kept scoring unusually high at the TPC Boston, Rose putted for birdie on all but two holes and made his six birdies count by avoiding any bogies. Three birdies over his last four holes gave him a one-shot lead.

Watch all the highlights from his first round @DellTechChamp. 👇 pic.twitter.com/17KmXzGoGw

“Just keeping the card clean made the birdies really count for something,” Rose said. “To birdie three of the last four made a good day a very good day.”

“I’ve had some mixed results here,” the Englishman said. “I’ve had some great weeks and I’ve had some poor weeks here. It’s a course I never really know exactly what to expect. But it’s a fun golf course.”

Catch up on everything you might have missed in Round 1 of the @DellTechChamp. 👇 pic.twitter.com/SOrF9PMRph

American quartet Chris Kirk, Beau Hossler, Keegan Bradley and Gary Woodland share fourth on four under while World No 1 Dustin Johnson recovered from two early bogeys to be in a group three off the pace that also includes Rafa Cabrera Bello.

Rose could leapfrog Johnson to become World No 1 this week.

Tyrrell Hatton, who needs to move into the FedExCup top 70 this week to qualify for the BMW Championship, joined Ryder Cup teammates Tommy Fleetwood and Alex Noren in posting opening-round 69s.

Rory McIlroy birdied the last to sign for a level-par 71 while Tiger Woods finished a shot further back, the 10th time in his last 11 tournaments that he has failed to break par in the opening round.

“I putted beautifully today, I really did,” Woods said. “I hit a lot of good putts, and just have to give myself more looks out of them. I didn’t hit the ball close enough.”