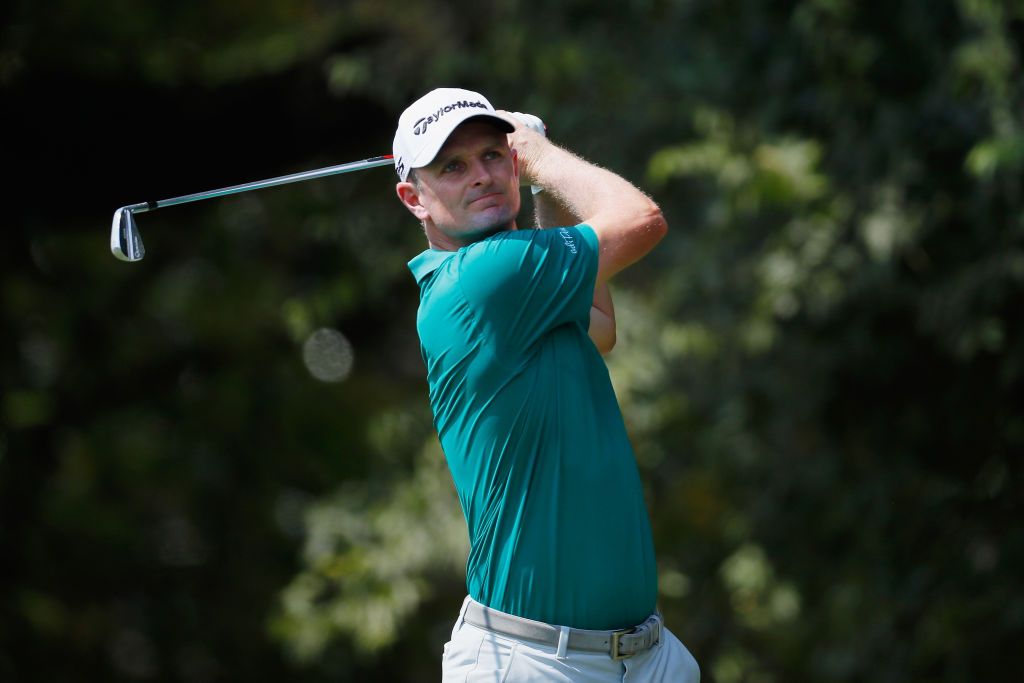 World number one Justin Rose of England has the advantage in the race for the FedEx Cup title after ending the first round of the Tour Championship one shot off leaders Rickie Fowler and Tiger Woods.

Rose, who is second in the standings behind Bryson DeChambeau, will become FedEx Cup champion with victory in the season-ending event in Atlanta.

Top 10 in every category off the tee in Round 1.

The Englishman birdied the final two holes for a 66 to grab pole position in the race for the title as DeChambeau laboured to a 71, while 2016 champion Rory McIlroy made seven birdies in a 67.

Americans Tony Finau, Dustin Johnson and Justin Thomas, last year’s champion, could also secure the FedEx Cup by winning in Atlanta, regardless of other results.

The co-leaders were unstoppable today.

Miss Round 1? It's all in The Takeaway ⬇️ pic.twitter.com/Y0dP2EANuJ

Finau and Thomas are level with McIlroy a shot behind Rose, who is tied for third with another American, Gary Woodland. Johnson is two strokes further back.

Woods came into the Tour Championship with a slim chance of claiming his third FedEx Cup, lying 20th in the standings and needing all the main contenders to falter.

However, the 42-year-old provided another reminder of his stunning return from a serious back injury with a superb five-under round of 65.

“To be able to play golf again and to earn my way back to this level is something that I was hoping I would do at the beginning of the year, but I didn’t know. And I’ve done it,” Woods said.

After bogeying the first, he made four birdies over the next 13 holes before an eagle at the last moved him into a share of the lead with Fowler.

The Tour Championship is the last of four FedEx Cup play-offs that determine the season-long champion on the PGA Tour and features the top 30 points leaders, with no cut.