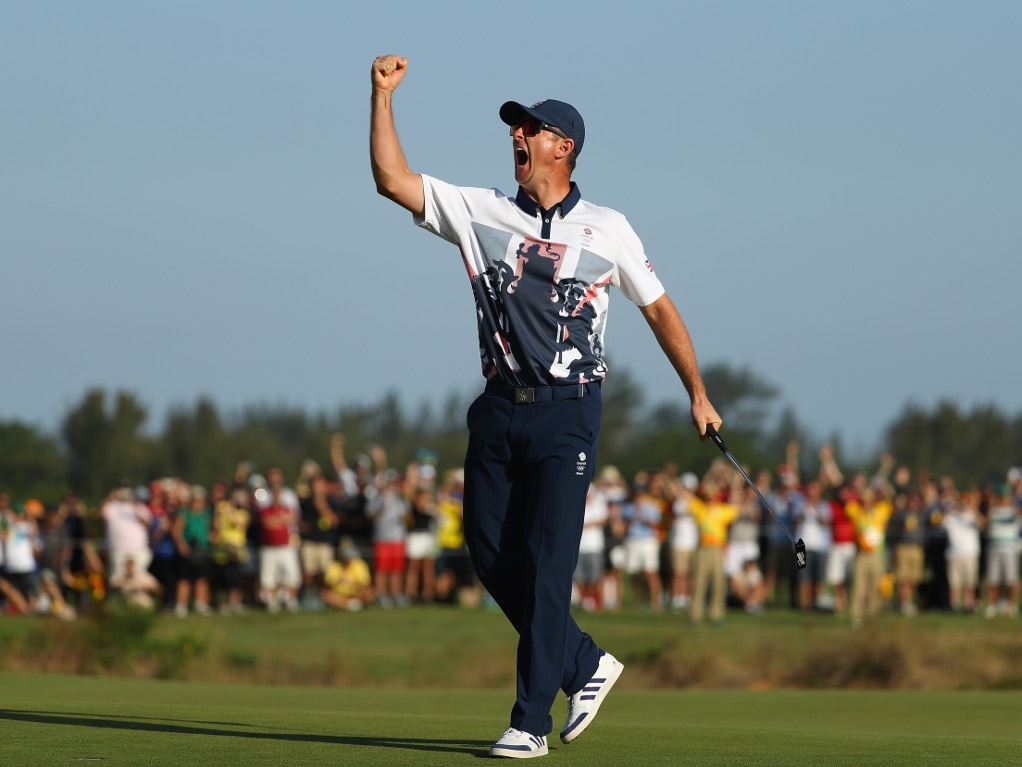 Justin Rose edged Henrik Stenson to claim the first gold medal in Olympic golf for 112 years in Rio on Sunday.

The Englishman carded a final round of 67 on the Rio Olympic Golf Course, leaving him on 16 under for the tournament, to claim the gold medal.

Two shots back was Henrik Stenson of Sweden, who would claim silver while Matt Kuchar closed with a superb eight under 63 to win bronze.

It was tense afternoon under the hot Rio sun as Rose and Stenson swapped the lead several times over the day.

A birdie from Rose on the on 15th would see them tie for the lead on 15 under, where it remained all the way to the 18th. They followed eachother wide of the fairway but two booming shots brought them both within 70 yards of the green on the par five last.

Stenson went first, not striking the ball cleanly and leaving himself with a 20 foot putt for birdie.  Rose took advantage of the miss-hit and struck a delightful chip to within two feet of the pin.

Stenson Pushed his effort well wide up the hill and missed his return putt, leaving Rose to tap in for gold, cueing a rapturous applause from the packed gallery.

"I just said today that I had to out Stenson Stenson," said Rose afterwards.

"I knew I wasn't going to get much from him at all. Obviously the bogey at the last only came because he had to force the putt in.

"But he is unbelievable. He's relentless and a great player, and I can't wait to be on the same team as him in the Ryder Cup. He's a great player and he's a great friend and I just gave him a hug on the 18th green, he's as gracious as ever.

Further down the field, Thomas Pieters would be solo in fourth on nine under for the tournament, while Kiradech Aphibarnrat, Sergio Garcia and Rafa Cabrera-Bello  would finish T5 on eight under par.