Rose blooms in the wet to lead BMW 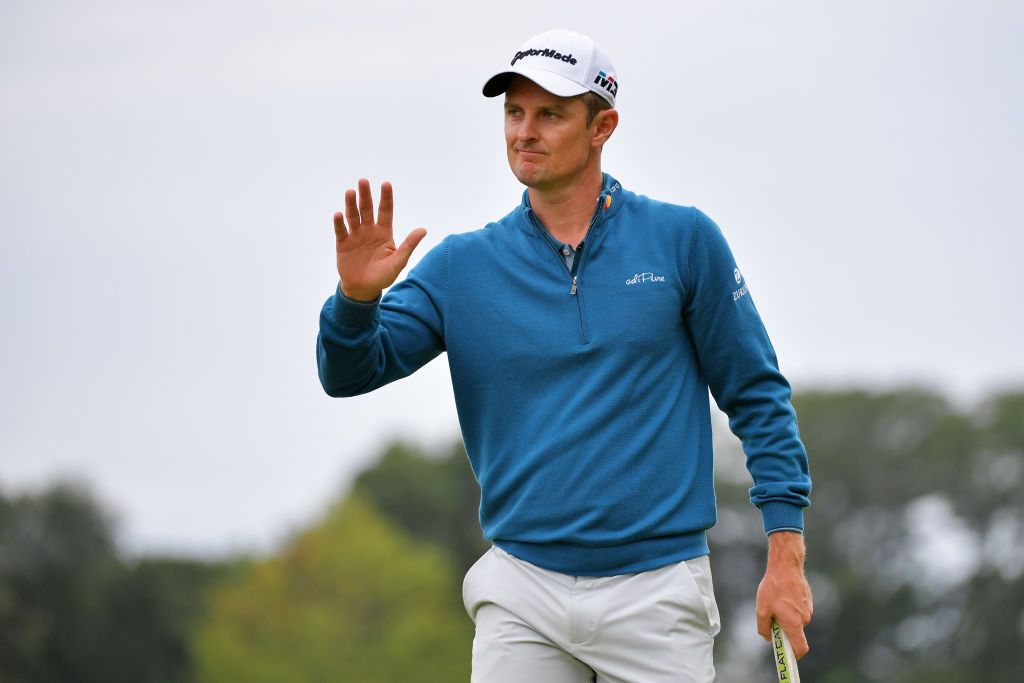 Justin Rose will hold a one-shot lead going into the final round of the BMW Championship on Sunday after carding a six-under 64 to finish on 17-under par.

Rose managed to grab the lead thanks to Schauffele’s bogey at the last, despite parring every hole on the back nine after a birdie-laden front nine saw him go out in just 29 strokes.

The Englishman is a shot clear of Ryder Cup teammate Rory McIlroy, who climbed up the leaderboard into joint second with overnight leader Xander Schauffele after a seven-under-par 63.

Another European, Tommy Fleetwood, lies a shot further back on 15 under tied with Rickie Fowler after he fired a superb 62 amidst a barrage of birdies on the rain-softened Aronimink course in Philadelphia.

Tiger Woods also has a chance to end his five-year winless run after a bogey-free 66 lifted him to 12-under par.

Rose was on fire on the front nine. After scrambling for a par at the opener, he fired four consecutive birdies before adding two more at eight and nine to grab the lead as overnight-leader Schauffele could only pick up three shots.

The birdies dried up for Rose on the back nine as the putts slid by and he settled for a 64, but Schauffele failed to take advantage as he too came home in even par.

With more heavy rain expected to hit the region on Sunday, organisers confirmed an early start for the final round which will see the players play in threeballs starting from 7am.

Rose wasn’t the only one to make hay on the soft course, as McIlroy hit four birdies in his first seven holes.

An error-strewn five on the short eighth failed to derail his charge as he eagled the par-five ninth, before he picked up three more strokes on the way home to put himself in contention and earn a place in the final group.

An emphatic finish for @McIlroyRory.

Fleetwood had looked out of sorts following a first-round 71 on Thursday, but two successive course record-equalling 62s have put him firmly in the mix.

The Englishman, who hasn’t dropped a shot since the last hole on Thursday, moved level with Fowler, who reeled off a third straight 65 in his first start since the PGA Championship.