Rose and Fleetwood ready to lead English charge at Augusta 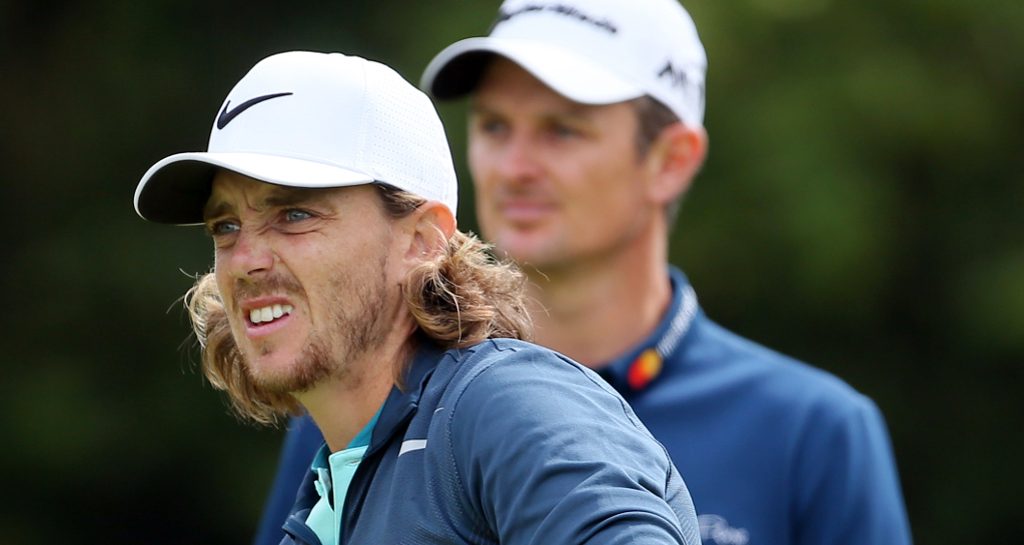 Justin Rose has been given a significant boost ahead of the start of the Masters, while Tommy Fleetwood reckons he’s finally starting to feel comfortable at Augusta.

Rose will tee up on Thursday as the new World No 1 after once again dislodging Dustin Johnson at the top of the rankings on Monday.

And if that wasn’t enough of a confidence booster, his long-time caddie Mark Fulcher will also be back on his bag for the first time this year.

With Fulcher now having fully recovered from minor heart surgery, the duo will once again resume their successful partnership.

“Fooch is back this week which has been sort of a long-awaited arrival for him,” said Rose at his pre-tournament press conference. “I know time has been going very slowly for him and he’s been chomping at the bit to get back, but he’s stayed very much integrated and engaged in my game.

“One of his best mates out here on Tour is Gareth Lord, and they have been communicating a lot with what has been going on and Fooch has come down to see me on my weeks off on a couple of occasions.

Rose reckons Fulcher’s experience will be vital at Augusta this week.

“I feel like we’ve learned together so much here, I wouldn’t expect a nugget of information I don’t know to come out during practice,” he said.

“Where Fooch is going to earn his money and earn his position on the bag and earn his importance on the team is on Saturday and Sunday. Basically when emotions start to get more intense and there’s more variability from that point of view, that’s when I’m going to rely on him more and more.

“If I had anybody caddie for me Thursday and Friday, I would probably be in very good shape and be very comfortable. It’s when the going gets tough, that’s when I think someone who knows you so well and we have so many positive experiences out there under pressure that we can draw on together; that’s where Fooch is going to come into his own.”

Meanwhile, Rose’s countryman Fleetwood says he is finally starting to feel comfortable at Augusta as he prepares for his third Masters appearance.

The Tommy Fleetwood press conference is a presser like no other. All credit to him. pic.twitter.com/XO6coNsyX8

From a missed cut in 2017, Fleetwood approved to tied-17th in 2018, and the 28-year-old is now targeting further improvement this year.

“I feel great being here this week,” Fleetwood said. “I feel now I’ve been here, this is my third time playing, you really get a sense of the difference in how you feel from year one to year two to year three.

“Year one, it’s all so new, and not overwhelming, but there’s so much to take in and it’s your first time here.

“Year two, you’ve been here already, so you’re more comfortable with it and it just kind of progressed to the point where, I’m not like Freddie Couples stage or anything like that, but I’m getting a better understanding and feeling of the tournament and the course and what that involves.”