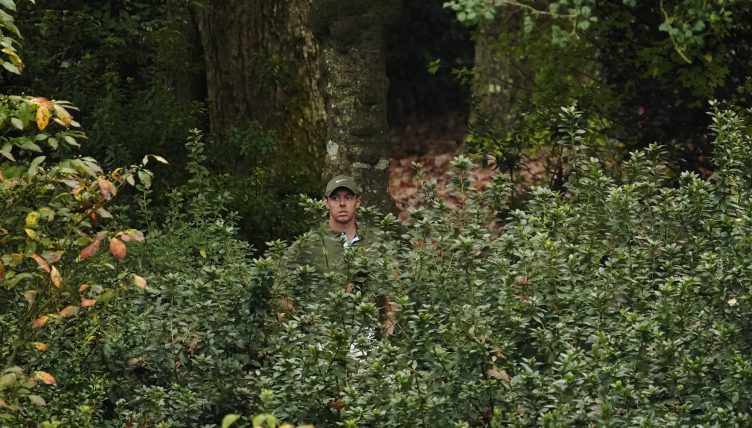 Rory McIlroy’s bid to win the Masters and complete the career grand slam looks to be over for another year after he struggled to an opening 75 at Augusta National.

McIlroy was level par when play in the delayed first round resumed on Friday, but covered the back nine in three over to fall 10 shots off the lead shared by playing partner Dustin Johnson, England’s Paul Casey and South African Dylan Frittelli.

Justin Thomas and Sungjae Im were a shot off the lead after completing rounds of 66, with Justin Rose, Cameron Smith, Webb Simpson and Xander Schauffele another stroke back on five under.

McIlroy’s score was his worst opening round in 12 Masters and the only good news is that he will only have to wait five months to get another crack at becoming a member of golf’s most elite club, with the Masters set to revert to its traditional April date in 2021.

However, none of those players needed more than three tries at winning the final leg of the grand slam, while McIlroy is making his sixth Masters start since winning the Open Championship in 2014.

McIlroy had left himself a testing opening shot from a greenside bunker on the 10th and was unable to save par.

The four-time major winner was then lucky to find his ball after a wild tee shot on the 13th and had to take a penalty drop from the undergrowth with the aid of an Augusta National member, but at least remembered his manners.

“Thanks and sorry for getting your green jacket dirty,” McIlroy said to the official before pitching back on to the fairway.

From there he hit his approach to 15 feet but was unable to convert the par putt and another shot went following a pulled drive on the 14th.

McIlroy found the green in two on the par-five 15th to set up a much-needed birdie, only to pull his tee shot on the next into the water.

“That’s so bad, oh my God,” McIlroy exclaimed in exasperation, although he was at least able to salvage a bogey following a mediocre pitch from the drop zone.

In stark contrast to McIlroy, world number one Johnson covered the back nine in four under par with three birdies in the last four holes to boost his chances of a second major title.

Thomas had reached five under par after 10 holes before play was suspended on Thursday and could only pick up one more shot on the resumption.