Rory McIlroy within striking distance after climbing up US Open leaderboard 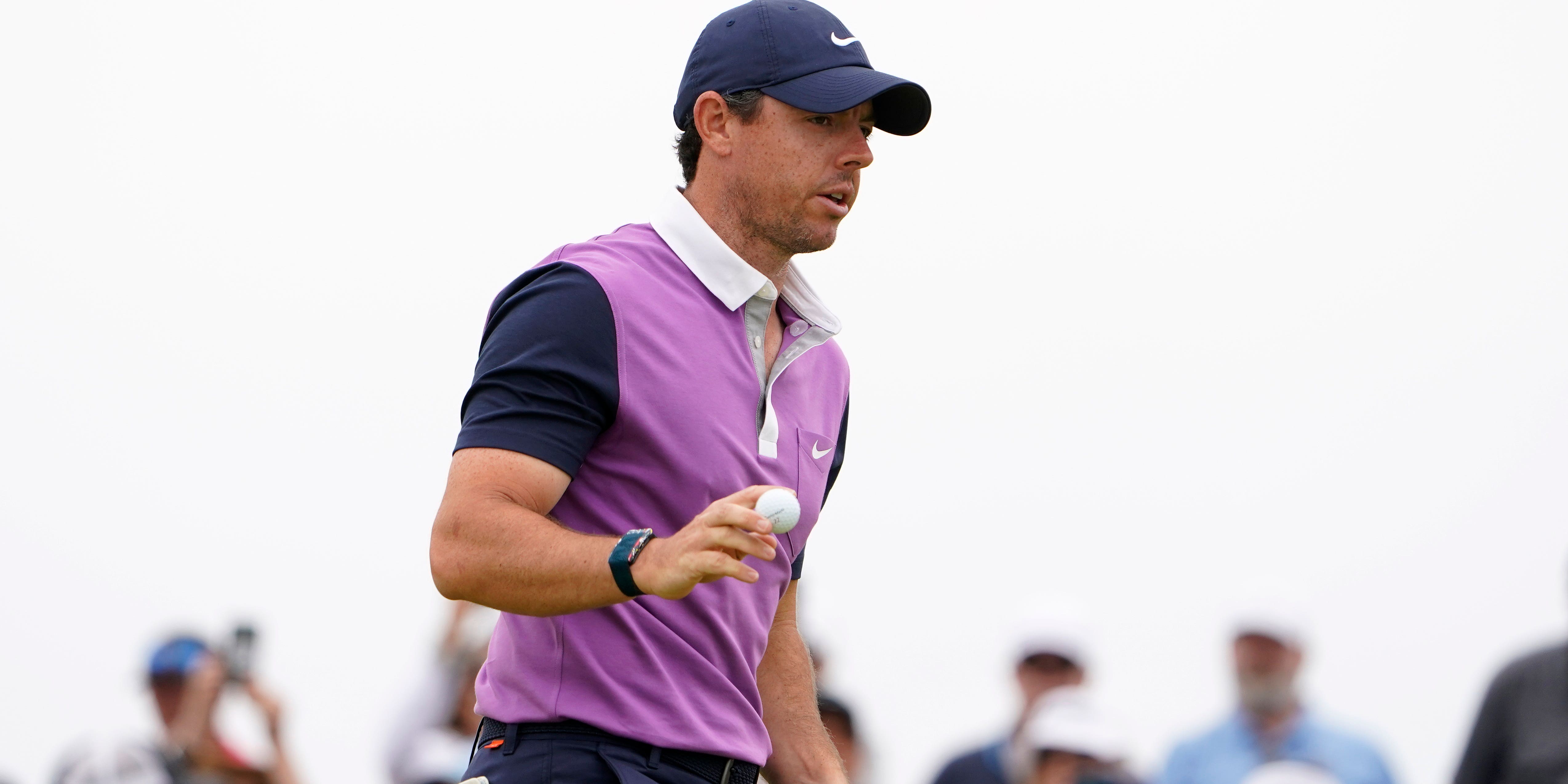 A decade after winning his maiden major title in the US Open, Rory McIlroy played himself into contention for another victory at Torrey Pines.

McIlroy stormed to an eight-shot victory at Congressional in 2011, just two months after blowing a four-stroke lead in the Masters following a final round of 80 at Augusta National.

The Northern Irishman went on to win the US PGA Championship in 2012 and the Open and US PGA in 2014, but has not won a major since and had been a combined 35 over par in the first round of majors before an opening 70 in San Diego.

A second round of 73 left McIlroy six shots off the pace at the halfway stage, but a 67 on Saturday lifted him to three under par, three behind leader Russell Henley.

McIlroy covered his first 10 holes in two under par and, although he missed a good chance on the 11th, the former world number one made amends in style, chipping in from short of the green for an unlikely gain on the next.

The 32-year-old then amazingly hit the pin with his approach to the 13th from 260 yards, but did well to two-putt from long range for birdie, only to then pull his drive on the 15th into a ravine.

Following a penalty drop, McIlroy was still left with 240 yards to the green and came up short with his third shot, but hit a superb pitch to five feet and holed the putt to limit the damage.

After saving par from a greenside bunker on the 16th, McIlroy parred the 17th and then birdied the par-five 18th to boost his chances of ending his frustrating major drought.

England’s Paul Casey had earlier showed what was possible as he covered the front nine in just 31 shots thanks to birdies on the second, fifth, eighth and ninth.

The back nine was a scrappier affair with three birdies and three bogeys, but the resulting 67 equalled the lowest score of the week so far.

“Conditions were perfect for golf, slightly overcast, slight little wind,” Casey told Sky Sports. “I don’t think the course is any different (from the first two days). I think we’ve seen today some more accessible pin positions, a couple of tees have been moved up.

“I drove it brilliantly the first two days and didn’t really capitalise on how I struck it. I didn’t have the speed down with the putter and today was the first day where I felt like I had touch on these greens.”

Henley had covered the front nine in one under par to enjoy a two-shot lead over England’s Russell Bland, who only won his first European Tour title at the 478th attempt five weeks ago.

The 48-year-old, who is the oldest player to lead or share the lead after 36 holes in US Open history, was largely unknown in the United States before this week, but quietly fancied his chances after seeing the course.

“I was coming here off a couple of good results, a win and a third in Europe,” Bland said. “I’ve been driving the ball well for five, six weeks now, which is the cornerstone if you’re going to put a fight up for a US Open.