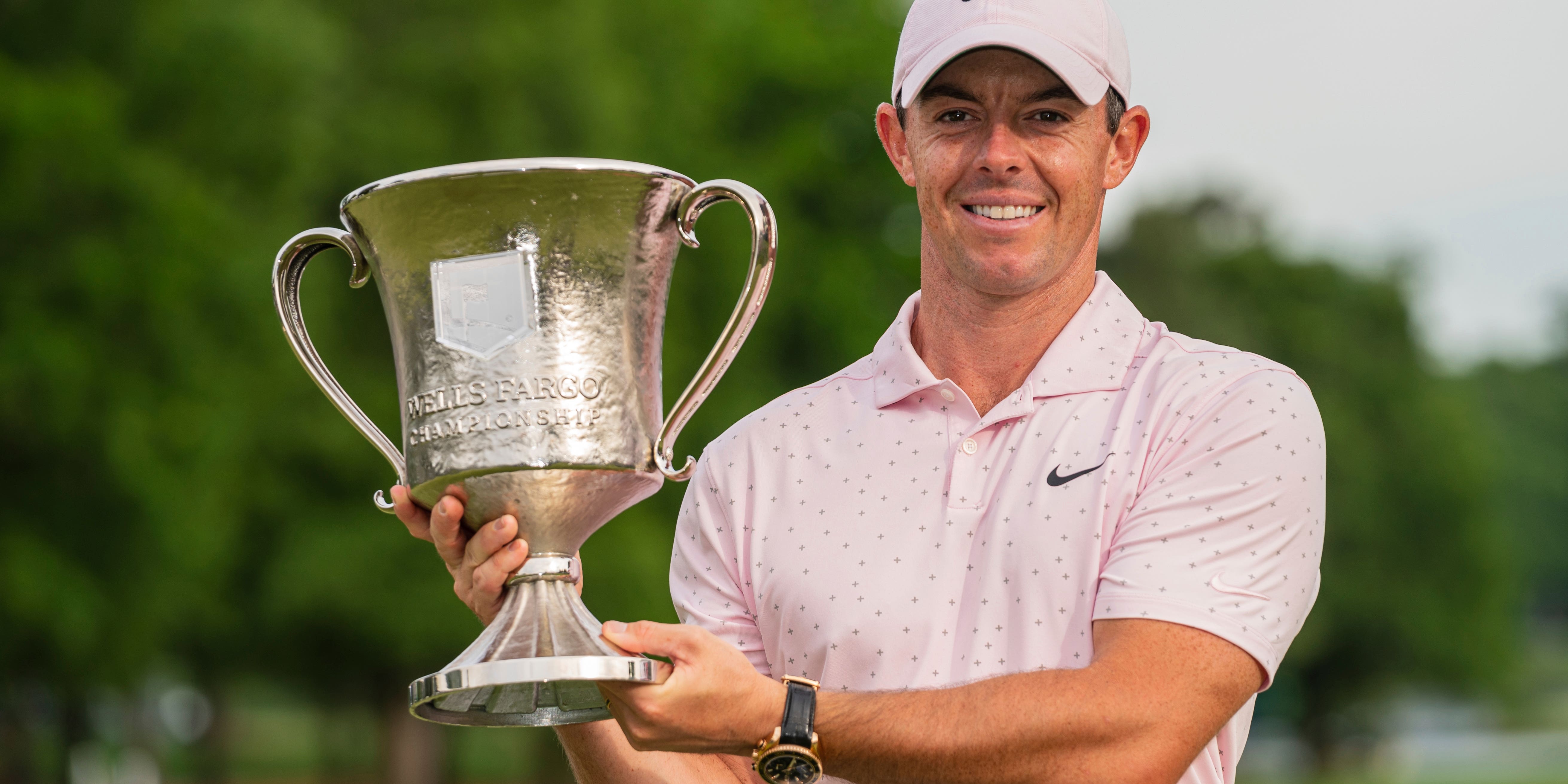 Rory McIlroy will seek a third US PGA Championship title with renewed confidence following the “validation” of unexpectedly completing a hat-trick of victories in the Wells Fargo Championship.

McIlroy arrived at Quail Hollow ranked 15th in the world, his lowest position since November 2009, and on the back of a missed cut in the Masters.

The 32-year-old was also without a win for 19 months and was almost forced to withdraw from the event with a neck injury, but survived a scare at the final hole to card a closing 68 for a one-shot win.

McIlroy’s 19th PGA Tour title lifted him to seventh in the world rankings just 10 days before the year’s second major at another of his happy hunting grounds.

The US PGA Championship is being staged at Kiawah Island for the first time since McIlroy romped to an eight-shot win there in 2012 and he was quickly made favourite to claim a fifth major title and first since 2014.

“This victory’s very important going into Kiawah in a couple weeks’ time,” said McIlroy, who added Pete Cowen to his coaching team earlier this year in a bid to rediscover his form.

“Obviously I played really well there last time. I’m honestly not sure whether they’ve made any changes to the golf course since, but I’ll go up there and try to do my homework and re-familiarise myself with the layout a little bit.

“But it’s certainly great timing. This is obviously a huge confidence boost going in there knowing that my game is closer than it has been. I’ll be able to poke holes in everything that I did today, it’s certainly far from perfect, but this one is validation that I’m on the right track.”

McIlroy revealed he would not even have been able to tee off at Quail Hollow if he had been handed an early start time on Thursday after suffering a freak neck injury on the range.

“I had done a really good practice session on the range,” McIlroy said. “I hit a 3-iron, flushed it and I turned back to talk to Harry (Diamond, his caddie) and as I turned, my left side of my neck just completely locked up and I couldn’t move it. It was really, really strange.

“So I stopped what I was doing and I went and got some treatment. I iced it all of Wednesday afternoon, Wednesday night. I woke up Thursday, didn’t have much movement. Was trying to make a backswing and could only maybe take it half the way back before it started to catch.

“People probably saw the tape that was on my neck, but it sort of loosened up as the week went on.”

“It’s just amazing how these little things, they all add up. It’s so cool to be able to win here again, see some of the hard work that I’ve put in over the past couple of months finally start to pay off.”