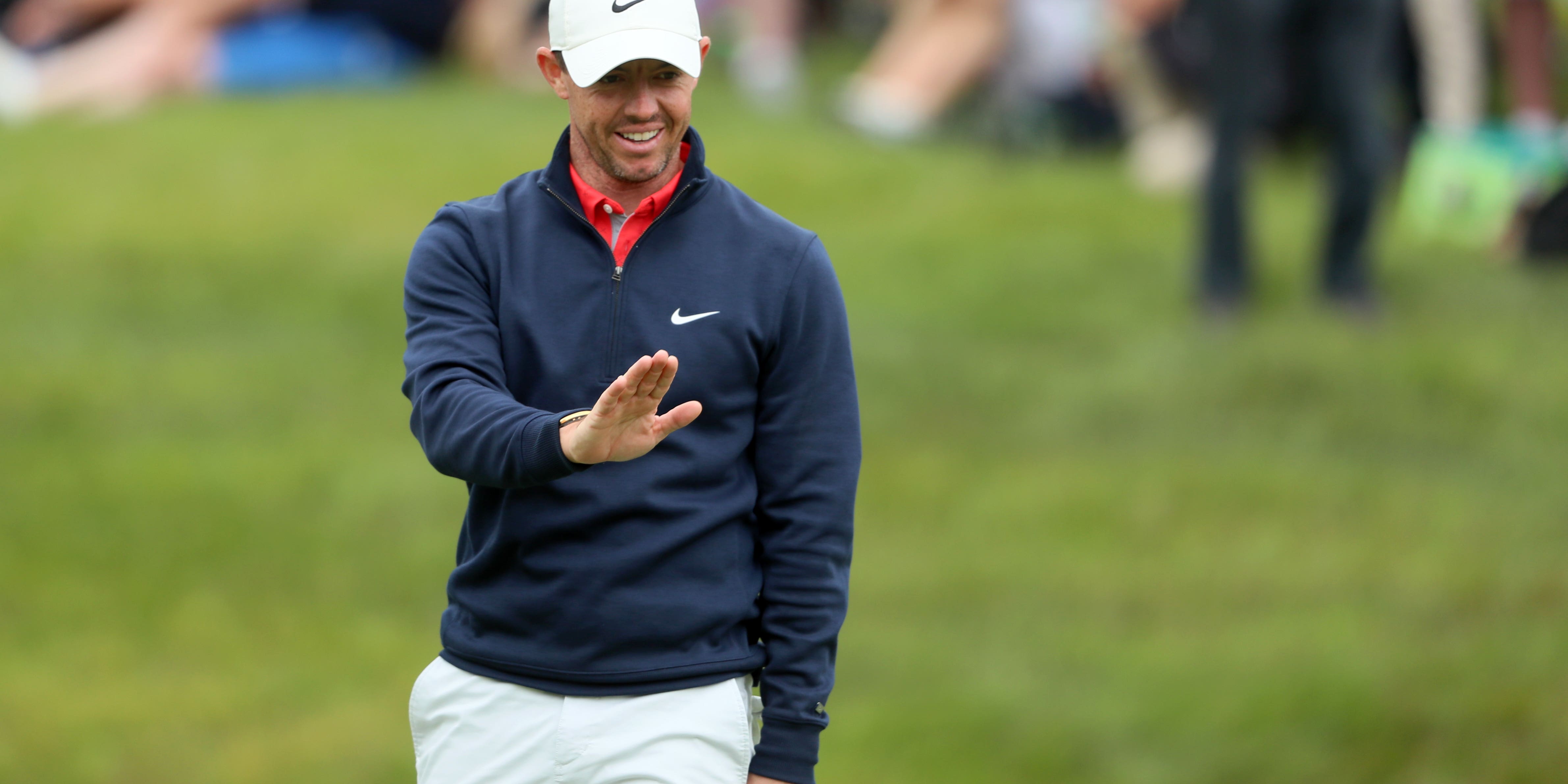 Australia’s Lucas Herbert remained the man to catch at the halfway stage of the Dubai Duty Free Irish Open, where Rory McIlroy was unable to reduce his deficit despite a second round of 67.

Herbert recovered from an early double bogey to also add a 67 to his opening 64 and reach 13 under par, two shots ahead of England’s Andy Sullivan and Scotland’s Grant Forrest.

A day after describing his game as being stuck in neutral, McIlroy moved through the gears as he covered his first 10 holes in five under, but stalled somewhat with eight straight pars to end the day.

“I got off to a better start and once you do that, you make a couple of birdies early, you start to feel like you can make a few more,” said McIlroy, who started on the back nine and birdied the 10th, 12th, 15th and 17th to be out in 32 before picking up another shot on the first.

“The greens were much better this morning than they were yesterday afternoon as well so it felt a little easier to hole putts and that’s really what I did.

“Everything was just a little bit better today and it just added up to a better score. It could have been a little better than what it was, playing the two par fives in even par on the front nine. I missed a couple of chances too, but it was better.”

McIlroy initially had a poor record in the Irish Open and missed the cut for three years in succession from 2013-15 before winning at the K Club in 2016 and donating the prize money to his foundation, which was hosting the event.

“I definitely feel the support more than the expectation (now) and it makes it easier not living here any more, just separating myself from it all and coming back and just really enjoying the week has made a difference as well.”

Herbert, who is seeking a second European Tour title after winning the Dubai Desert Classic last year, said: “It was a little frustrating but also felt like I did pretty well to scrap 67 out of that.

“I holed some really nice putts and missed some that I thought was a good chance to make, obviously the double (bogey) on three didn’t help.

“For a round that hopefully is not the better one of the week, I felt like I did really well to get a lot out of it and put myself into a very good position going into the weekend.”

England’s Dale Whitnell lies three shots off the lead after making the most of his late entry into the event with consecutive rounds of 67.

“On Sunday I was third reserve so I didn’t know if I was even going to be here,” Whitnell said. “So I went to Open qualifying and then flew out Wednesday morning.

“I didn’t have a practice round and here we are. So I’m just really pleased to be here.”

Open champion Shane Lowry and Tommy Fleetwood were alongside McIlroy on five under after rounds of 69 and 72 respectively, while former US Open champion Graeme McDowell made the cut on the mark of three under thanks to a 67.