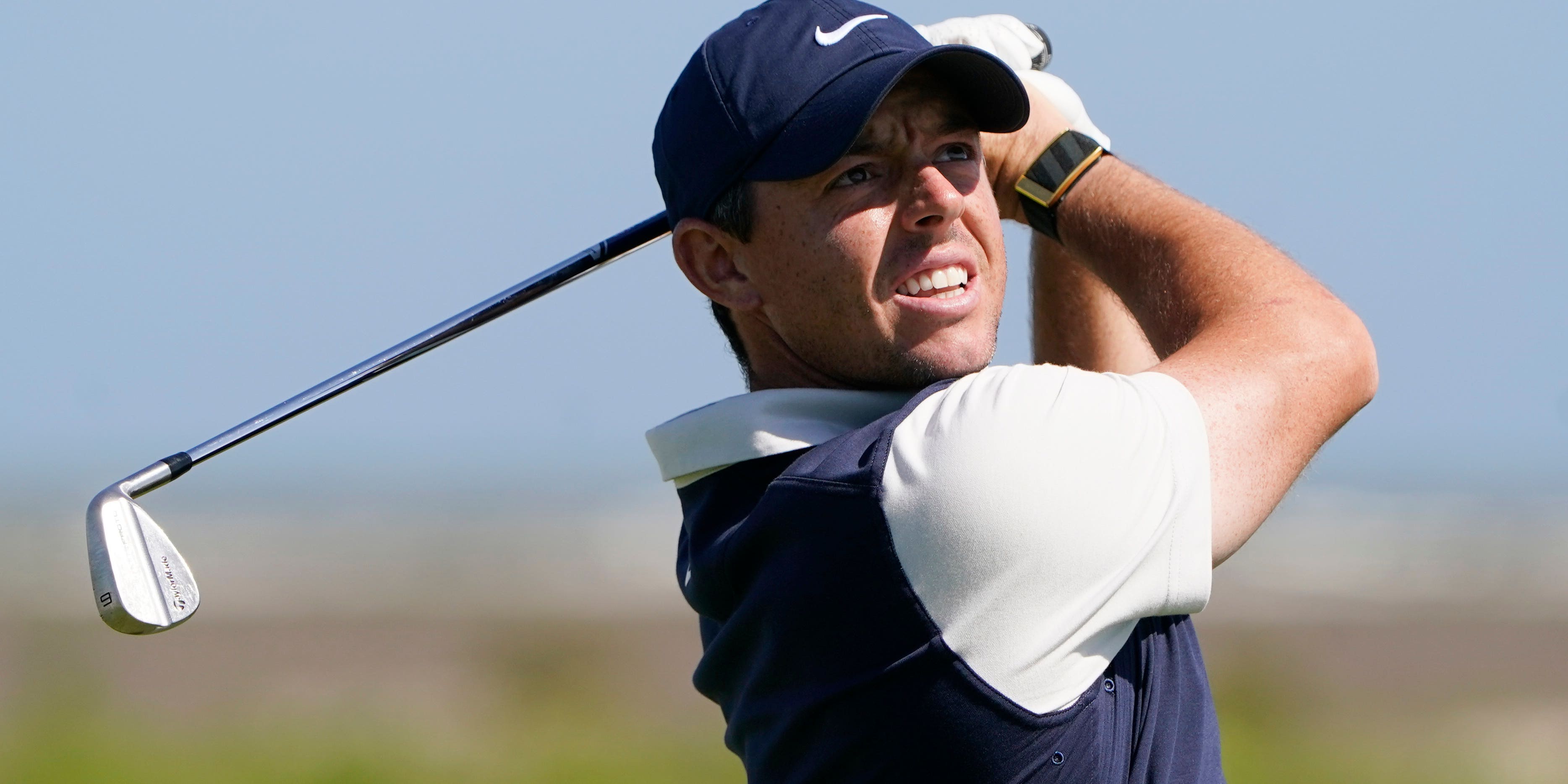 When Rory McIlroy won the 2012 US PGA Championship at Kiawah Island, it was a third-round 67 which helped propel him to victory.

Nine years on it was a completely different story as the pre-tournament favourite failed to take advantage of more benign conditions on the Ocean Course on South Carolina’s Atlantic coast.

With the remaining field separated by 10 shots following the halfway cut, McIlroy may have harboured hopes of a fast start on Saturday to get back into contention for a first major title since the second of his US PGA victories in 2014.

But those hopes suffered an immediate blow when he hit his opening tee shot into the water, before seven straight pars were followed by a much needed birdie on the ninth.

For the second time this week McIlroy then found water off the tee on the 10th and although he again escaped with a bogey as he had on Thursday morning, further dropped shots followed on the 11th and 15th.

McIlroy’s frustrations will have been increased by a glance at the scoreboards dotted around the course, a change in wind direction contributing to improved scoring conditions for the early starters.

“Even though I shot three under, it was a bit of a frustrating back nine,” Simpson said. “I had a clean front nine, birdied 11 and then just made a couple of bad mistakes.

“Three-putt on 12, a couple of bogeys from the middle of the fairway but I made a lot of birdies, birdied 14 and 16, so a bit up and down on the back nine.

“But my game was better today for sure than the first two days and it was nice to make a lot of birdies. Conditions were good. We didn’t have much wind at all on the front. Picked up on the back, I guess probably what’s normal here, but I don’t think it’s going to get too hard for the guys out there.”

Phil Mickelson and Louis Oosthuizen were the players at the very top of the leaderboard, Mickelson seeking a second US PGA title 16 years after his first and almost three decades after making his tournament debut.

The 50-year-old was also aiming to surpass Julius Boros as the oldest winner in major history, Boros having won the US PGA in 1968 at the age of 48.

“I’m having a lot of fun,” said Mickelson, who last week needed a special exemption into next month’s US Open – in which he has finished runner-up six times – due to his lowly world ranking of 115.

“To play well, to know I’m playing well heading into the weekend, to be in contention, to have a good opportunity, I’m having a blast. I’m excited for the weekend.”

European Ryder Cup captain Padraig Harrington played alongside Mickelson for the first two days and was unsurprisingly impressed by what he saw from the left-handed American.

“In the position he is, I expect him to contend and I wouldn’t put it past him being there at the end of the week, for sure,” Harrington said after a second round of 73 left him on level par.

Two-time winner Brooks Koepka went into the third round just a shot off the lead, with Masters champion Hideki Matsuyama another stroke back alongside Branden Grace and Christiaan Bezuidenhout.