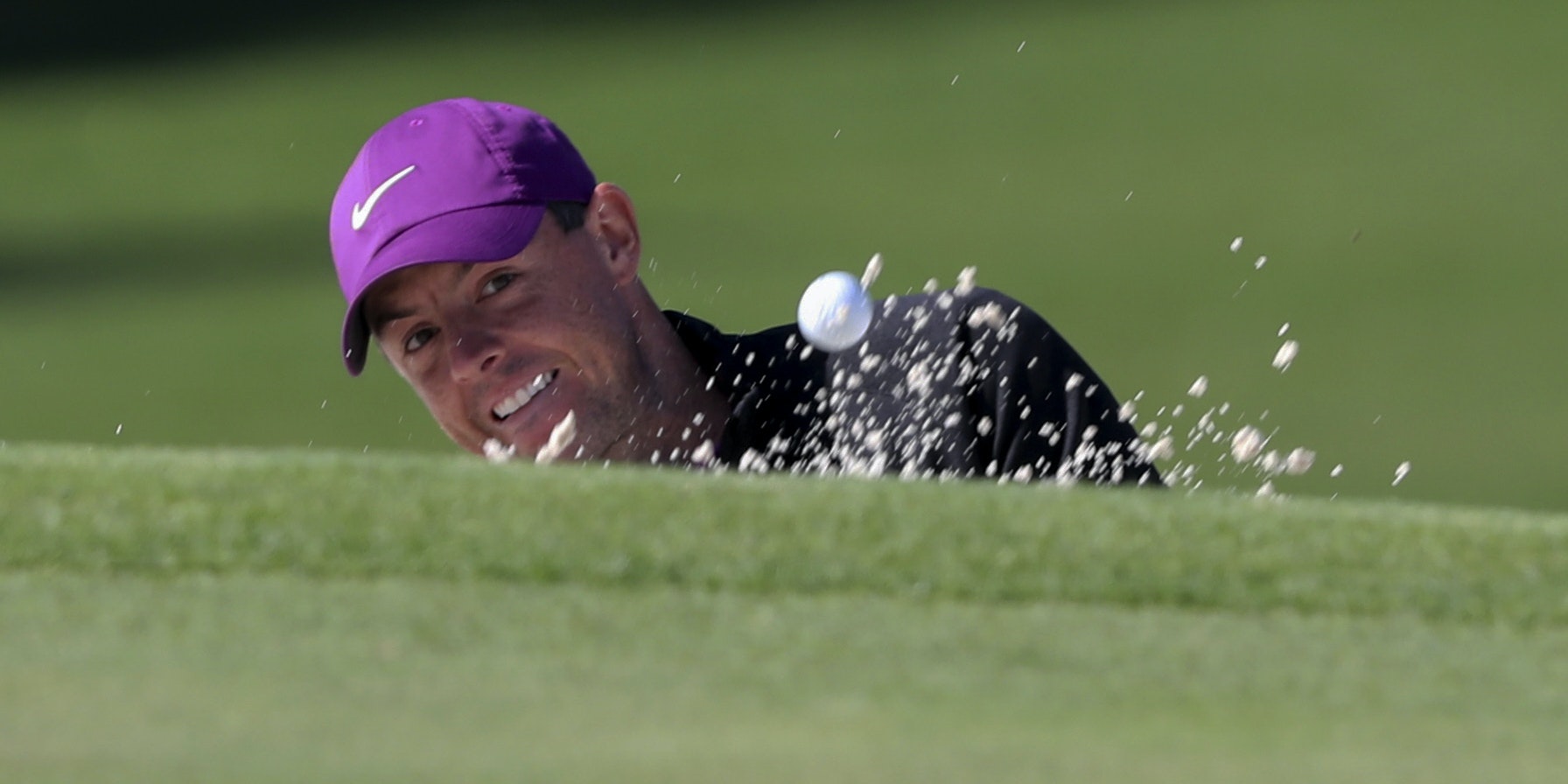 Rory McIlroy was left to rue another slow start to a major championship after climbing the leaderboard on day three of the 84th Masters.

After opening with a 75, his worst first round in 12 starts at Augusta National, McIlroy responded with a second round of 66 and added a 67 on Saturday to reach eight under par.

Since 2015 the former world number one is a combined 28 over par in the first round of majors and 61 under in rounds two, three and four, including this week to date.

McIlroy, who needs to win the Masters to complete the career grand slam, birdied the second, eighth, ninth and 10th and when he holed out from a bunker on the 12th, was inside the top 10 and just five shots off the lead.

However, the 31-year-old then three-putted from 10 feet to bogey the par-five 13th and found the water with his second to the par-five 15th, although he at least salvaged a par after taking a penalty drop and pitching to seven feet.

McIlroy also holed from a similar distance to birdie the 16th and parred the last two holes.

“I’m really satisfied,” McIlroy told Sky Sports. “I set a target for myself to try to get to double digits under par by the end of the day, didn’t quite get there but I played a really good round of golf.

“I really had it going around the turn, just made that slight hiccup on 13 but a good up and down for par on 15, got a shot back on 16 and it was a real solid round of golf.

“I’ve probably given myself too much to do after the 75 on the first day but we’ll see where eight under leaves me and try to go out and shoot a good score tomorrow.

“I haven’t really made a good run here on a Sunday before, it’s about time, my 12th time here. I feel good, my game is there, I think I’ve shown that over the last two days so it’s a matter of going out there, playing the same way.

“I will probably need something a few lower than what I shot today but at least set a number in the clubhouse for the guys behind me to chase.”