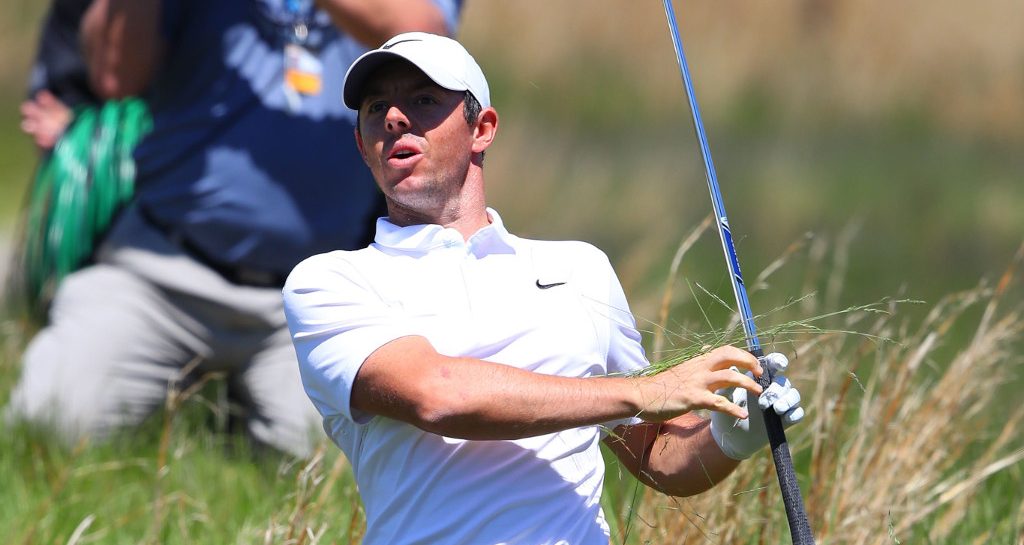 Rory McIlroy produced a moment of magic to electrify his bid for a fifth major title in the 150th Open Championship at St Andrews.

A front nine of 33 had left McIlroy a shot behind his inspired playing partner Viktor Hovland, who had birdied four holes in a row from the third to move to the top of the leaderboard.

But McIlroy then holed out from a greenside bunker on the par-four 10th for a stunning eagle to briefly vault into the lead, before Hovland held his nerve to birdie the same hole.

At 15 under par the Ryder Cup team-mates were two shots clear of overnight leader Cameron Smith, the Australian having three-putted the first and then carded seven pars before making his first birdie of the day on the ninth.

England’s Tommy Fleetwood had set the early clubhouse target on a day of low scoring, the 2019 runner-up carding seven birdies and one bogey in a third round of 66 to reach nine under par.

“Today when I was having breakfast it seemed everyone was making birdies everywhere,” Fleetwood said. “I got a good start, the middle stretch was frustrating but a good finish again. The putts at 16, 17 (both to save par) and 18 feel crucial.

“There is a low score out here. It is obviously not in my hands at the moment. All I can do is try to stick in.

“I’d love to be in with a chance coming down the back nine tomorrow, but it is very special to still be in and amongst it.”