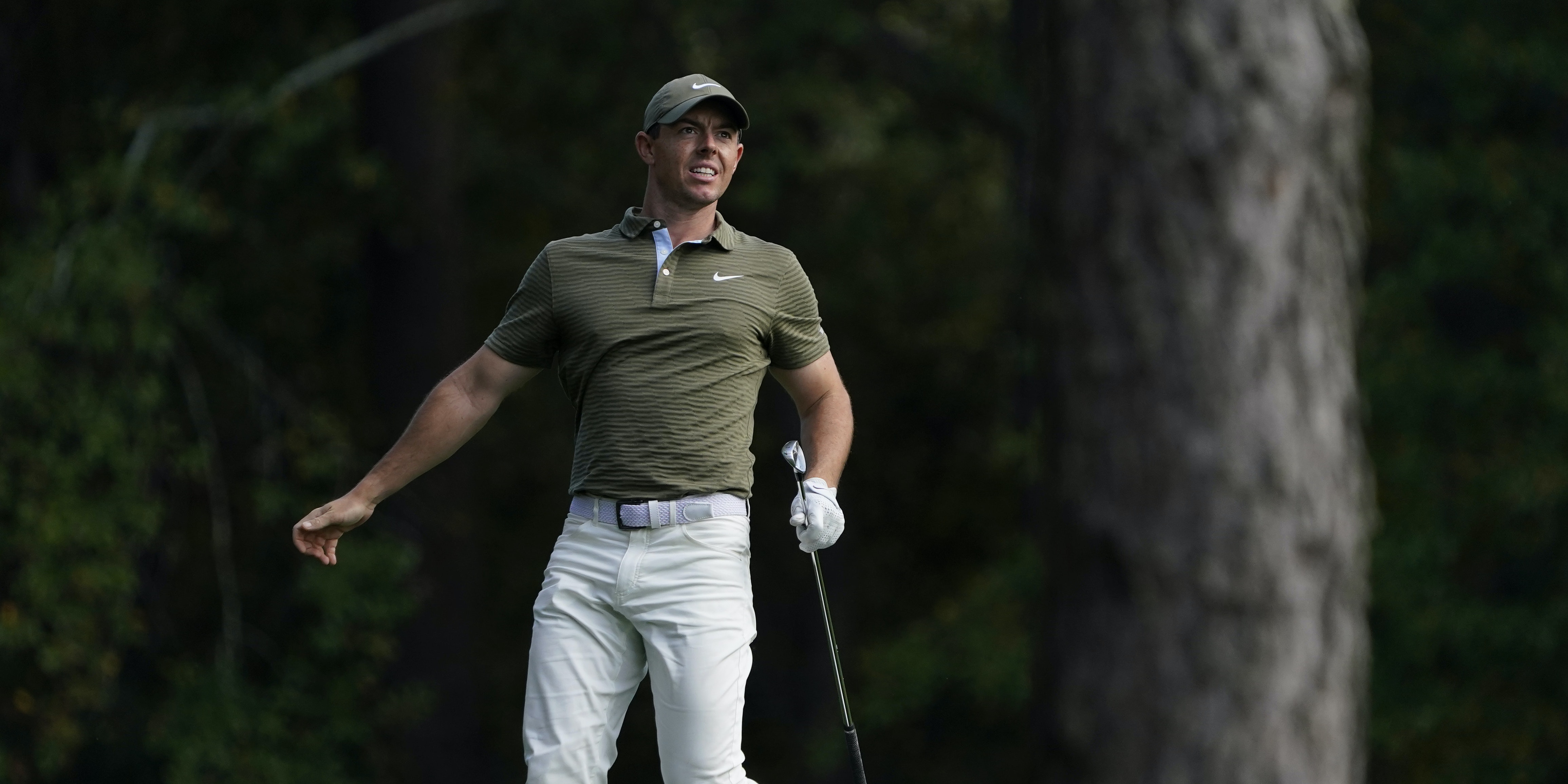 Rory McIlroy followed his worst first round at the Masters with one of his best – and then revealed how a “colourful” pep talk was responsible for the change in fortunes.

McIlroy’s opening 75 was his worst in 12 Masters appearances and left him battling to make the cut, but he bounced back in style with a second round of 66 to finish three under par, six shots off the clubhouse lead.

“Jimmy gave me a pep talk in between rounds going on to the range,” McIlroy said, referring to his friend and Augusta National member Jimmy Dunne.

“I honestly have been playing so good coming in here, and then I go into the first round and I shoot 75, and I’m like, ‘where the hell did that come from?’.

“I knew it was in there, it was just a matter of trusting a little more and being committed. It was better this afternoon.”

Asked to describe the pep talk, McIlroy joked: “It was colourful.

“Hopefully I’ve got my eye in the last 18 holes and I need a couple of days pretty similar over the weekend to give myself a chance.”

McIlroy faced a bunker shot on the 10th hole when the first round resumed on Friday morning, but failed to save par and then had to take a penalty drop from the undergrowth with the aid of a club member following a wild drive on the 13th, but at least remembered his manners.

“Thanks and sorry for getting your green jacket dirty,” McIlroy said to the official before pitching back on to the fairway on his way to another dropped shot.

McIlroy also bogeyed the 14th and followed a much-needed birdie on the 15th by pulling his tee shot on the 16th into the water.

“That’s so bad, oh my God,” McIlroy exclaimed in exasperation, although he was at least able to salvage a bogey following a mediocre pitch from the drop zone.

“I was thinking coming into this morning, get this ball up and down on 10, play the last few holes in three or four under par, get in and then go again, and I did the complete opposite,” McIlroy added.

“That wasn’t ideal, and obviously wasn’t what I was thinking of. I turned it around nicely and shot a good one, at least gave myself a chance going into the weekend.”

McIlroy started his second round on the back nine and birdied the 10th, 12th, 15th and 17th before picking up further shots on the second and eighth.