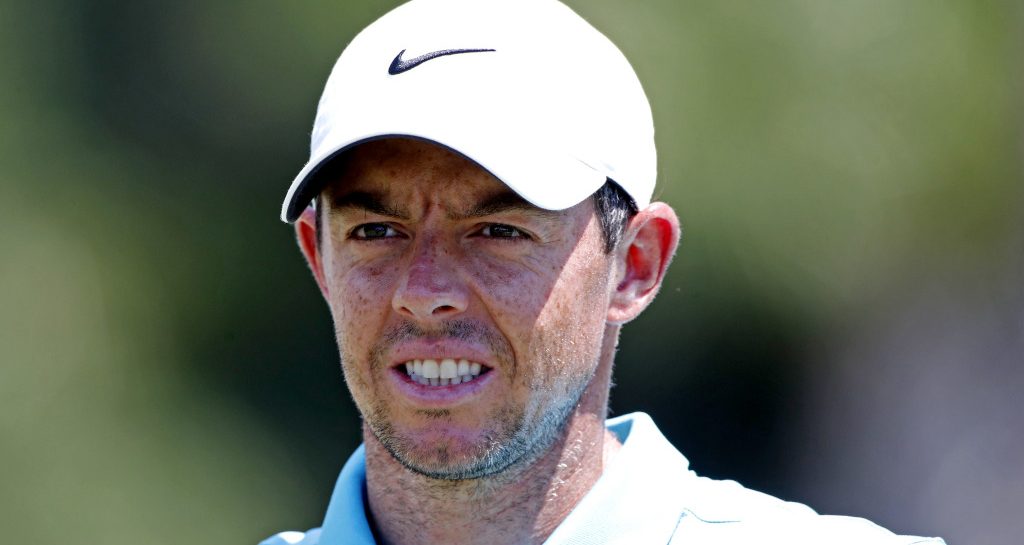 Rory McIlroy said Nick Watney personally texted him to tell him he had contracted Covid-19, as the two had briefly chatted on the putting green at the RBC Heritage before he tested positive.

After a disappointing opening 72 on Thursday, McIlroy bounced back superbly in Friday’s second round at Harbour Town, posting a six-under-par 65 to rise 56 places up the leaderboard.

But he barely had time to celebrate the achievement, because as soon as he finished his round he looked at his phone and noticed he had received a text from Watney telling him he had tested positive for the coronavirus.

Watney felt personally obligated to inform McIlroy of his diagnosis, as the two had chatted in person on the putting green that morning.

Asked after his round if he’d heard about Watney’s positive test, McIlroy said: “Yeah, he texted me actually, because we had a chat on the putting green before he went out to play. But we were at a distance.

“I think he just wanted to tell me personally instead of having to read it through the news, so I appreciated that.

“He just said ‘look I hope I didn’t get too close to you’. He feels badly that he was here today at the golf course.

“I said ‘look it’s fine, you never know. If I was in your position I probably would have been here too. At this point, you just have to concentrate on getting better and getting healthy.’

“But yeah, it sucks – for him, especially. If you contract it that’s fine, but then it’s the fact of who you came into contact with and who you might have exposed.”

McIlroy said he agreed with Jordan Spieth’s view that it was only a matter of time until someone on the PGA Tour tested positive.

“If you look at the statistics… I read a thing today that by the end of the year there’s going to be 200 000 deaths in the US alone from Covid-19, so to think that none of us on the PGA Tour were going to get it… I don’t think anyone thought that,” he said.

“We’re still in the middle of a pandemic. It’s not like this thing is over. We all just have to stay vigilant and keep our distance and wear our masks if we’re going out in public and keep washing our hands.

“The consensus was someone’s going to get it at some point and, you know, Nick’s the one that’s got it and he’s self-isolating and doing what he has to do.

“It’s a shame, but the show goes on and we still have 36 holes to play in this tournament.”

Asked if he still had confidence in the PGA Tour’s health and safety measures, McIlroy said: “Oh yeah, for sure. When I do the things I’m supposed to do and I’m at the tournament site I feel very safe.”