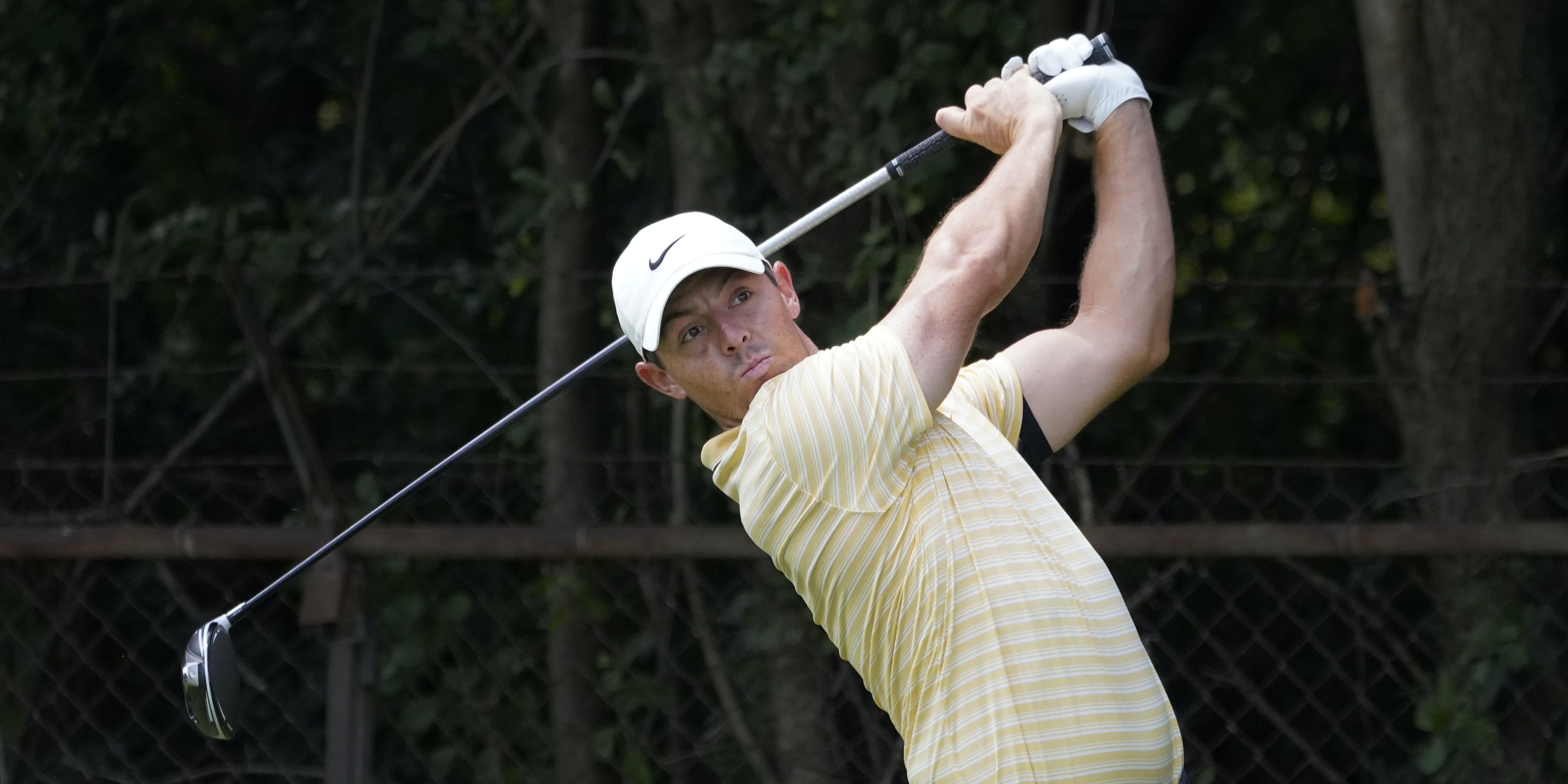 Rory McIlroy slipped three shots behind the leader at the BMW Championship as he revealed he was ready to leave the tournament if wife Erica went into labour.

After heading into the third round one shot in front, the Northern Irishman struggled on the tough Olympia Fields course on Saturday, picking up five bogeys along with two birdies to close out the day with a three-over-par 73.

That dropped the 31-year-old to two-over for the tournament, three back from joint leaders Dustin Johnson and Hideki Matsuyama, and sitting in a tie for sixth place.

McIlroy was in good spirits after his round despite giving up the lead as he revealed that his wife was expecting to give birth to a baby girl in a matter of days.

“I’m just waiting for a phone call,” McIlroy said at the conclusion of his round.

“I was waiting for a phone call last week and it didn’t come, and then (McIlroy’s caddy) Harry (Diamond) has been keeping his phone in his pocket just to make sure, but nothing as of yet.”

If he does get the call while on the course, McIlroy added he would not hesitate to withdraw from the tournament.

“I’m going to play in many more Tour Championships, and it’s only going to be the birth of your first child once,” he said.

“That trumps anything else.”

Replacing McIlroy and American Patrick Cantlay at the top of the leaderboard are Johnson and Matsuyama.

Johnson rose to a share of the lead thanks to another consistent one-under performance while Matsuyama used a first-hole eagle to springboard to the top – joining Johnson on one-under headed into the final day.

Matthew Fitzpatrick leads the way for the English contingent as he sits tied for 12th.

After carding a five-over 75 on Friday, Fitzpatrick was in fine form for the third round as he made the most of an eagle on the 15th to close out the day with a two-under 68.

Tyrell Hatton dropped two spots to equal-15th after carding a one-over 71, while Paul Casey also shot 71 to finish Saturday’s round tied for 26th.