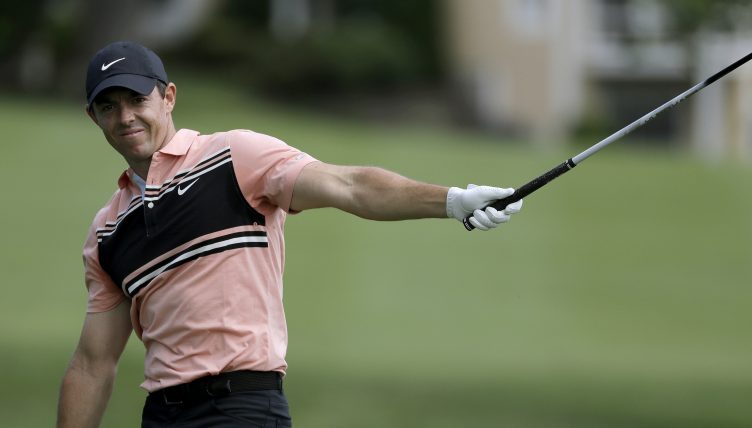 Rory McIlroy put together one of his most consistent rounds of golf since the return of the PGA Tour to close out the opening day of the Travelers Championship tied for 2nd place.

Only a stellar showing from Mackenzie Hughes kept McIlroy from the top spot, with the Canadian posting a near-flawless 10-under 60 to take a three-shot lead into day two in Connecticut.

Hughes needed a birdie at the last to shoot 59, but the world number 158 left his putt short.

McIlroy struggled to make an impact in either of the previous two tournaments held since the tour’s resumption, failing to finish inside the top 30.

But the Northern Irishman looked every bit the world number one on Thursday, claiming an early eagle on the par-five 13th, his fourth hole, before hitting birdies at the 14th and 15th.

McIlroy also bounced back from a bogey on the par-three 16th with a further four birdies to end the day with a seven-under round of 63, putting him alongside American Xander Schauffele and Norway’s Viktor Hovland.

Meanwhile England’s Justin Rose and Ian Poulter both had mixed outings, finishing tied for 33rd with scores of 67.