Rory McIlroy on opening 72: I was missing my three-wood left and my driver right 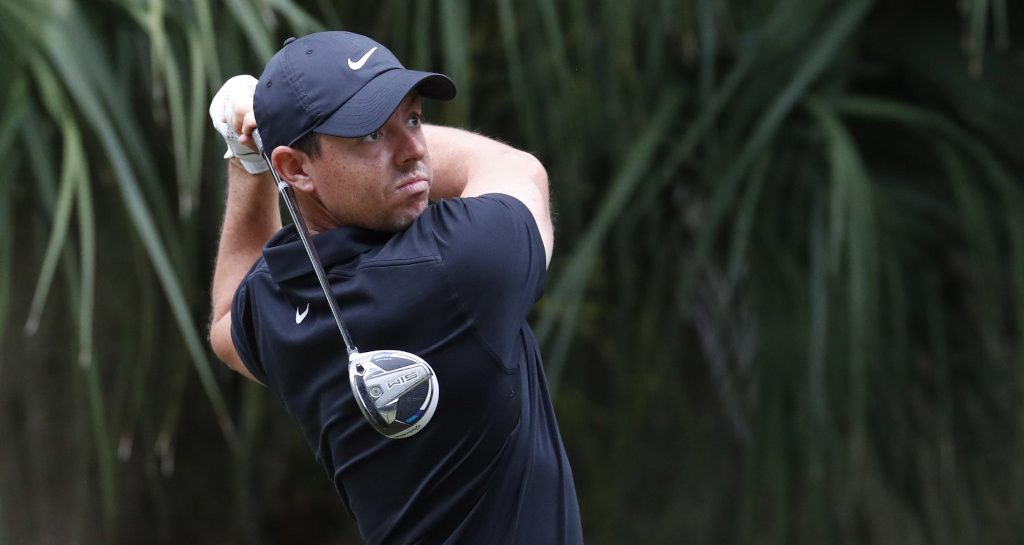 Rory McIlroy admitted poor accuracy off the tee made his opening round at the RBC Heritage a ‘struggle’, as he finished eight shots off the early pace.

Starting from the tenth, he failed to get anything going on his first nine holes, bogeying the 11th, 15th and 18th holes for an outward 38.

While he was able to recover somewhat after the turn with birdies at the fifth and the closing ninth, the end result was still a lackluster one-over 72 that leaves him well off the pace with plenty of work to do.

It wasn’t hard to identify where McIlroy’s problem was either.

While he had a good day on the greens, not missing a single putt from inside 10 feet and sinking a 29-footer for birdie at the last, he had a horrible day off the tee, hitting just 8 of 14 fairways and 10 of 18 greens in regulation – a surefire recipe for trouble on the tight Pete Dye-designed Harbour Town links.

Afterwards, McIlroy admitted he was caught in two minds off the tee for most of the day, with neither his three-wood or driver choosing to cooperate.

“Just missing tee shots. I was missing my three-wood left and missing my driver right. So I missed a few,” he admitted.

“It got a little better towards the end, I hit some decent tee shots, but if you’re in any way in two minds off the tee about what to do around here, it can bite you.

“I didn’t get it in play enough to give myself shots or looks at hitting close and making birdies.

“So yeah, a little bit of a struggle, and I’m going to work on it a little bit this afternoon and see if I can straighten it out.”

Ian Poulter shares the first-round lead with American Mark Hubbard on seven under par after the opening round in South Carolina.