Rory McIlroy not interested in hiring a big-name caddie 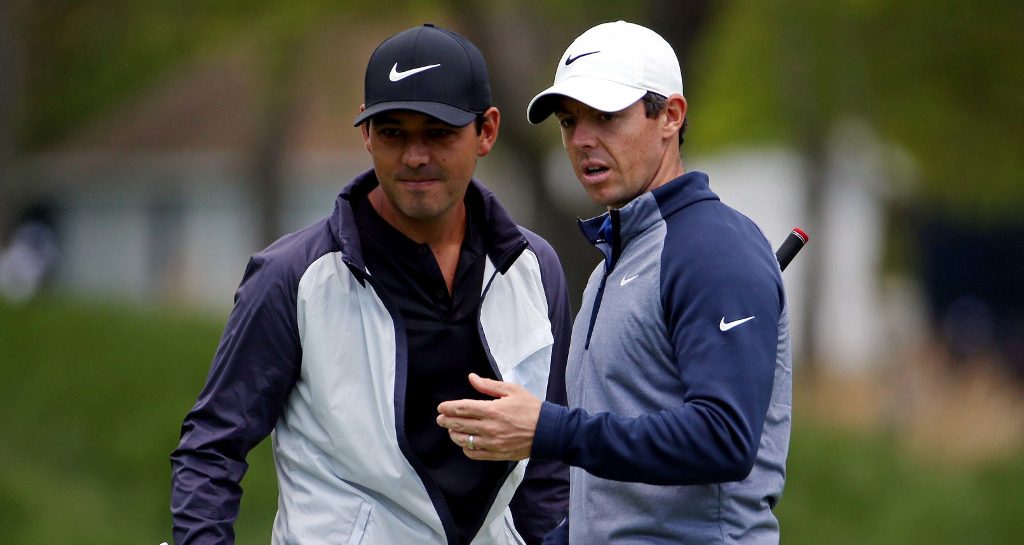 Rory McIlroy says he’s not about to follow Jason Day’s example and join force with a superstar caddie in a bid to improve his results.

McIlroy was reacting to the news of Day’s decision to team up with Tiger Woods’ former caddie Steve Williams, who carried the former World No 1’s bag for 13 of his 15 major victories.

Day is hoping the veteran caddie’s experience will help him chart a way back to the top of the rankings, but McIlroy isn’t interested in following suit.

The Northern Irishman has been relying on childhood friend Harry Diamond for nearly two years now, and doesn’t feel like he needs an experienced bagman by his side.

“Maybe back in the day when I wasn’t as experienced, but I’ve been on tour for 12 years,” McIlroy told Reuters in a recent interview.

“Caddies don’t hit the shots. I want someone out there I’m comfortable with first and foremost that’s the big thing for me and that’s why I have Harry on the bag.”

One statistic that might give McIlroy pause for thought is that he won all four of his major titles between 2011 and 2014 with former caddie J.P. Fitzgerald by his side, while he and Diamond have yet to combine for a single major triumph.

But McIlroy is not concerned, and remains confident in Diamond, who was a top-class amateur player and can bring that playing experience to bear.

“Having someone by your side that actually knows the game and knows how to play the game, and can sort of see different shots, and have a feeling of what way a ball’s going to come out of a certain lie in the rough, all of that stuff (is an asset),” he said of Diamond.

“Harry’s my best friend. We were best man at both of our weddings. I’m comfortable out there with him and feel like he does a better job.

“I don’t envision a day where I go to a superstar caddie, or a well-known caddie. I just don’t think it’s in my approach.”