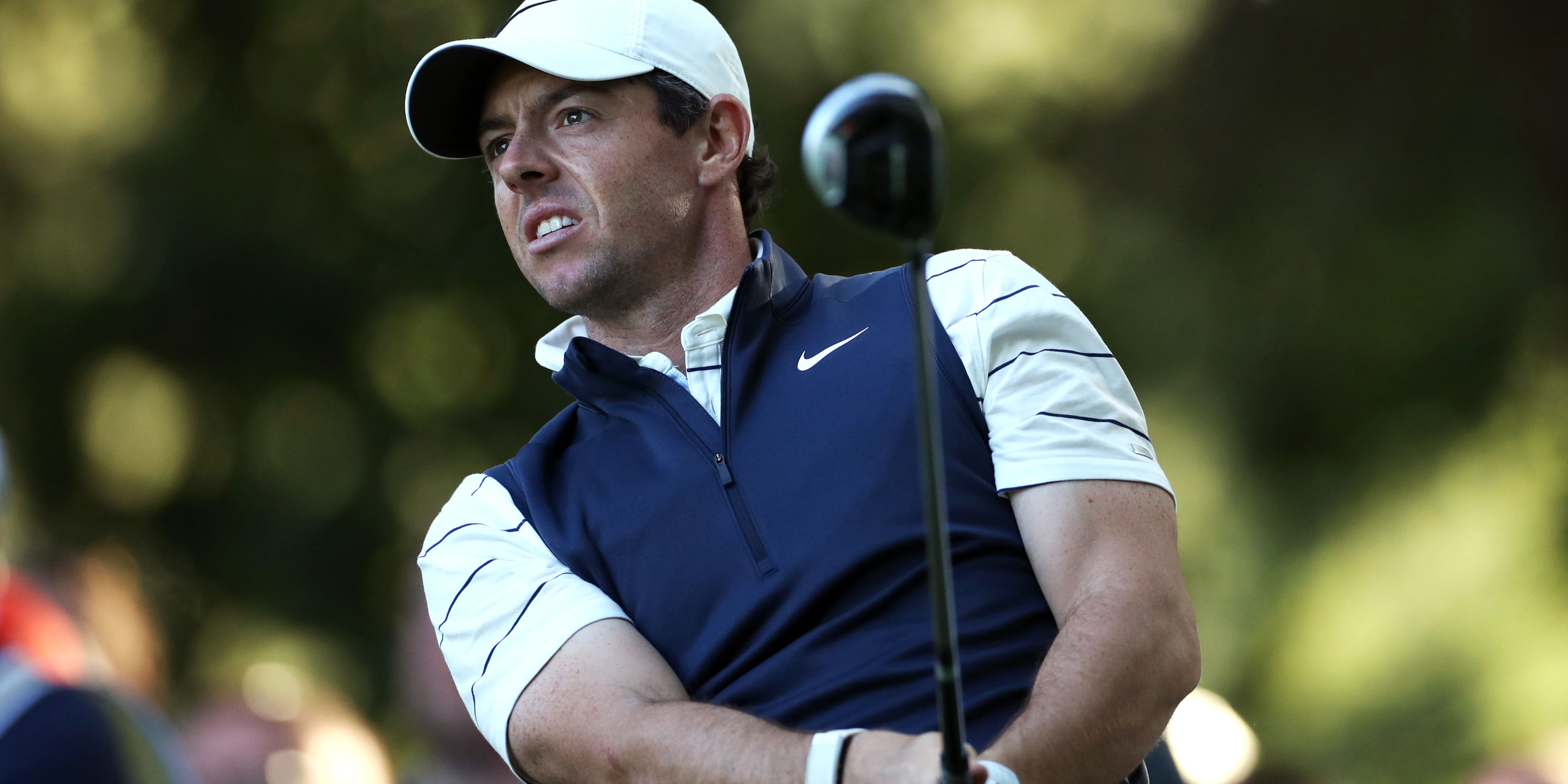 Rory McIlroy made a solid start in his bid to complete a full set of World Golf Championship titles as Matt Fitzpatrick claimed a share of the clubhouse lead in the WGC-Workday Championship.

McIlroy carded an opening 69 to trail former Ryder Cup team-mate Fitzpatrick and American Webb Simpson by three shots at The Concession Golf Club, with former world number one Brooks Koepka a shot off the lead.

Victory on Sunday would make McIlroy the second player after Johnson to have won all four WGC titles and see him continue his impressive record of bouncing back from missed cuts.

McIlroy’s missed cut in the Genesis Invitational last week was his first since an emotional early exit from the 2019 Open Championship on home soil at Royal Portrush, but the 31-year-old’s record after his five most recent missed cuts includes two wins and a runners-up finish.

After starting from the 10th, McIlroy found himself four under par after 12 holes, but missed short par putts on the fourth and fifth and another from six feet for birdie on the eighth.

“I missed three putts on the last nine holes that I thought for sure were going to go right to left, and then I missed one on another hole that I gave a little less break as a reaction to those and that one dove and broke left,” McIlroy told Sky Sports.

“I felt like I got a good feeling with what I’m doing with the long game so I’ll hit a few balls to try to groove that in and I’ll go to the putting green to try to figure it out a bit.

“Of course it’s frustrating because you come off the course thinking you could be three or four shots lower than you were, but I’ve just got to keep putting the work in and hopefully it finds its way in there.

“I holed some good putts out there, it’s not that I didn’t hole anything, it’s just that I missed a few.”

World number seven Patrick Cantlay withdrew before the start of play due to illness.

“Unfortunately, due to an upset stomach and dehydration, I have withdrawn from the WGC-Workday Championship at The Concession,” Cantlay said. “I’m extremely disappointed, but looking forward to getting back out on the course soon.”