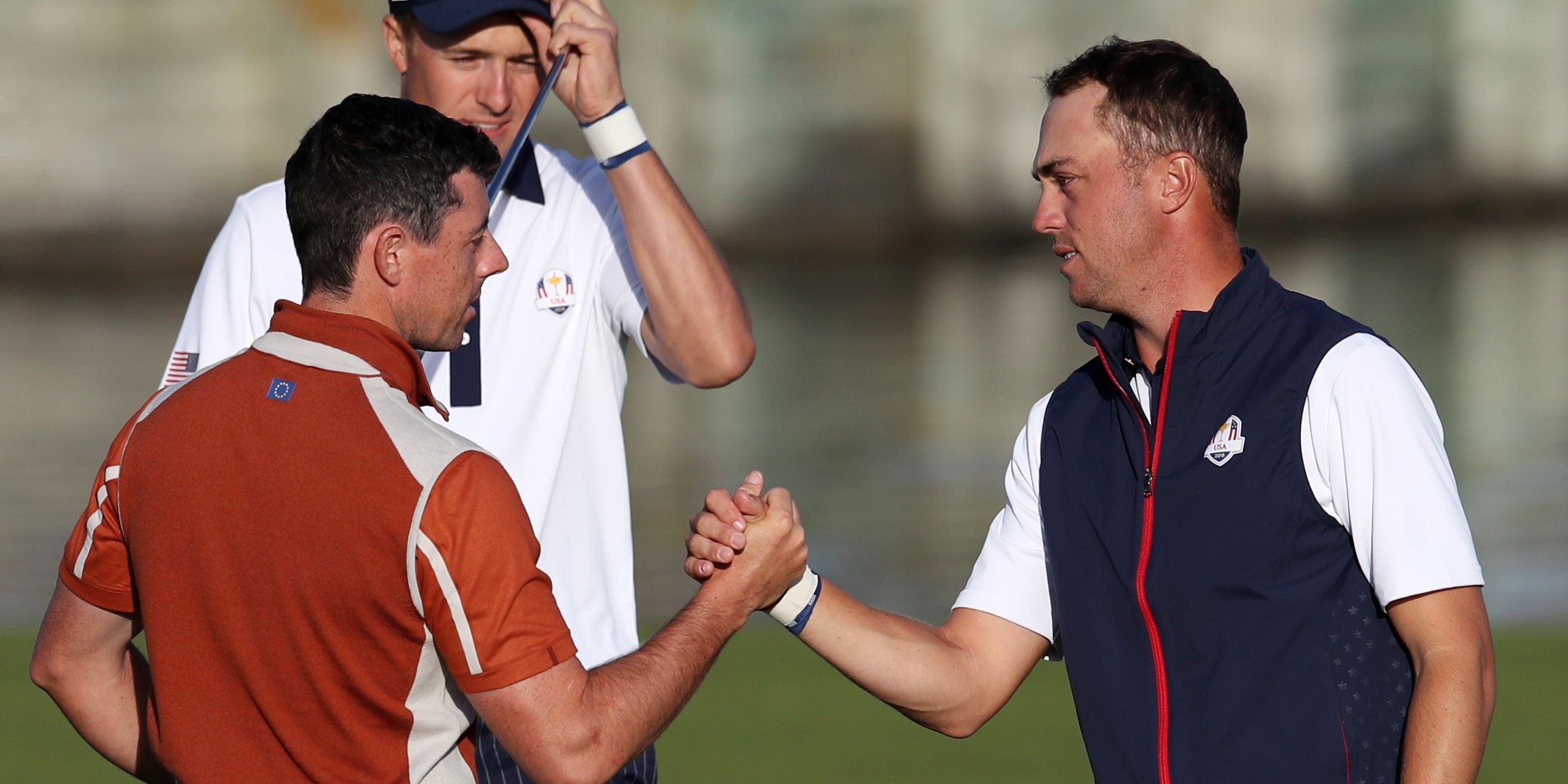 Justin Thomas has received the backing of Rory McIlroy as the American vowed to examine why he used a homophobic slur during the Sentry Tournament of Champions.

Thomas was heard using the derogatory word towards himself after missing a par putt on the fourth hole of his third round at Kapalua earlier this month.

The world number three apologised at the time but was subsequently dropped by clothing sponsor Ralph Lauren.

Ahead of his debut in the Abu Dhabi HSBC Championship, Thomas was asked how he would respond to suggestions that what happened in Hawaii may not have been an isolated incident, but rather the first time it had been picked up on a microphone.

“Yeah, it’s very easy to say that and understand, but that’s unfortunately just what comes with it in terms of people not knowing who I am and the consequences of what I said,” Thomas said.

“You know, I’m clearly beyond (not) proud of what I said. It’s humiliating. It’s embarrassing. It’s not me. It’s not a word that I use, but for some reason it was in there. And that’s what I’m trying to figure out as to why it was in there.

“It’s going to be a part of this process and training program or whatever I need to do, not only to prove to myself but to prove to my sponsors and prove to those people that don’t know who I am, that that is indeed not the person I am.”

McIlroy believes Thomas will learn from the incident and be less “ignorant” of words which can cause offence.

“I think he’s already responded really, really well,” the four-time major winner said. “I think he realised he made a big mistake as soon as it was brought to him and he completely owned up to it.

“He said he messed up, he’s going to try to be better. And Justin is true to his word. He will be.

“I’ve gotten to know Justin really well and he is as good a guy as they come. He’s got a lot of integrity, a lot of character. Obviously it doesn’t make what he said any better, but I think in this day and age it’s hard because it seems like you’re not allowed to make a mistake anymore. Any mistake gets jumped on.

“He made a mistake, he owned up to it and he’ll be better because of it. He’ll maybe not be as ignorant to things that offend people, I guess.

“Obviously what he said was offensive to a large portion of the population, but again, he’ll be better for it.

“He’ll learn and he’ll move on, and look, he’ll be just as good a golfer as he’s always been, and if anything, it will probably just make him a better person than he already is, which is hard because he’s already a great guy.”

Thomas indicated that his other sponsors would not be taking the same approach as Ralph Lauren and said he had hoped to work together with the brand to address the issue.

“I wasn’t disappointed, because I put them in a terrible position. I just was more upset,” the former US PGA champion added.

“I had a great relationship with a lot of people there and, like I said, we would have had the opportunity to do it together, and I totally respect their decision and I’ve moved on from it.”