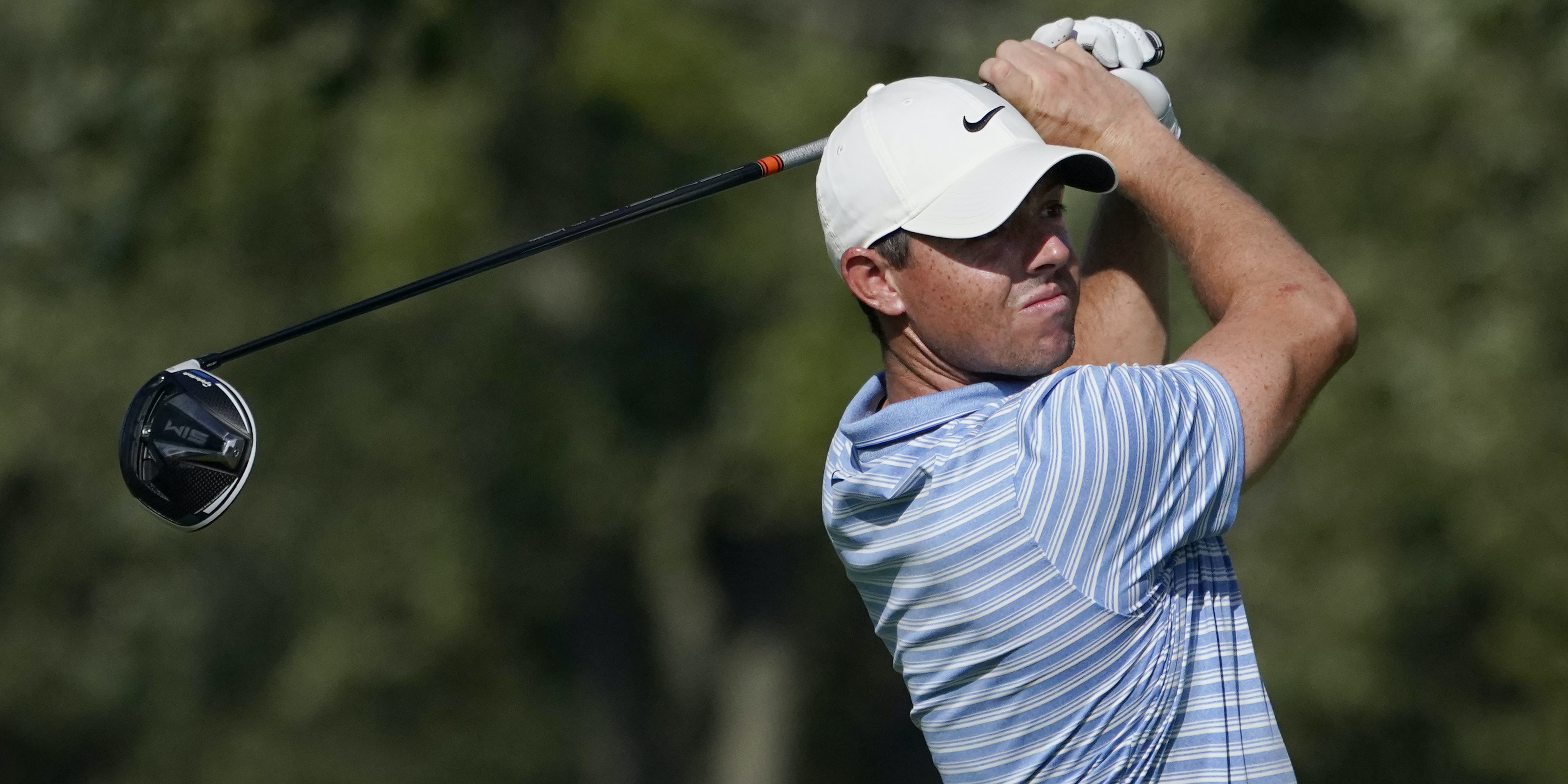 Rory McIlroy is one of just two players to finish under par at the BMW Championship on Friday as the world’s best golfers found themselves at the mercy of the gruelling Olympia Fields course.

The Northern Irishman carded a one-under 69 to take a share of the lead alongside American Patrick Cantlay, who also sits at one-under through two rounds thanks to Friday’s score of two-under 68.

McIlroy, who has managed just one top 12 finish since the PGA Tour resumed in June, handled the fast and firm course better than many of his peers as he refused to let a few wayward shots get the better of him.

After picking up a few quick birdies to start the round, the 31-year-old found himself in trouble on the par-four 14th when he overshot the green.

However a sensational chip shot minimised the damage, McIlroy settling for a bogey before bouncing back with another birdie on the 16th.

Despite some mixed results on the front nine, in which he picked up three more bogeys alongside two birdies, McIlroy was able to stay composed enough to secure pole position headed into what is sure to be a tough weekend.

Dustin Johnson and Hideki Matsuyama finished the day at even to lead a clogged chasing pack, with 29 players sitting within five shots of the leaders.

Briton Tyrrell Hatton, tied for 13th, features among those within touching distance of the top spot.

Hatton posted an even 70 on Friday to close out the second round three-over par.

Fellow Englishmen Matthew Fitzpatrick and Paul Casey also did just enough to remain in the fight, closing out the second round tied for a share of 30th.

Casey followed up a 73 on Thursday with an improved 72, while Fitzpatrick was unable to replicate his opening round 70 – carding three bogeys and a double bogey to finish five over.