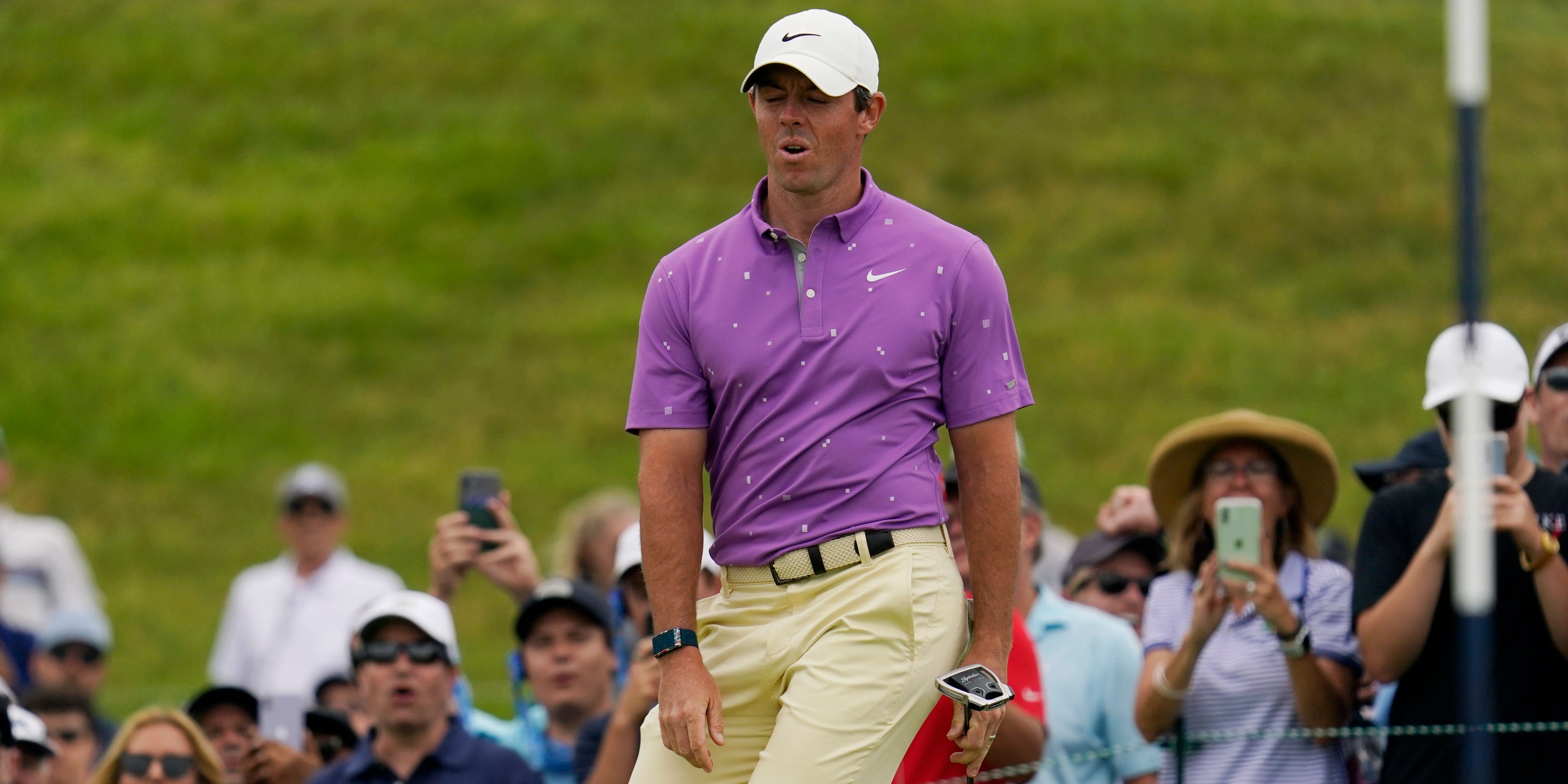 Rory McIlroy remained firmly in contention to end his major drought as the battle for the 121st US Open intensified at Torrey Pines.

A decade after storming to victory at Congressional, McIlroy began the day two shots off the lead and succeeded in halving his deficit by the midway stage of an action-packed final round.

The four-time major winner holed a curling birdie putt from 35 feet on the fourth, but missed from seven feet for another on the seventh, moments after Bryson DeChambeau had almost made a hole-in-one on the eighth.

That took the defending champion into the outright lead on five under par until 54-hole joint leader Louis Oosthuizen picked up his first shot of the day on the ninth.

Two-time winner Brooks Koepka, Jon Rahm and Collin Morikawa were alongside McIlroy on four under as the cream rose to the top of a congested leaderboard.

MclIroy cruised to an eight-shot victory in the US Open in 2011, just two months after blowing a four-stroke lead in the Masters following a final round of 80 at Augusta National.

The Northern Irishman went on to win the US PGA Championship in 2012 and the Open and US PGA in 2014, but has not won a major since and had been a combined 35 over par in the first round of golf’s biggest events before an opening 70 in San Diego.

Earlier in the day, Phil Mickelson’s “unique opportunity” to complete the career grand slam in his home city of San Diego had come to an unusual end, almost two hours before the final group was due to tee off.

Mickelson began the week with renewed hope of winning his national open for the first time, but ended it by hitting his approach to the 18th around 70 yards beyond the hole and completing a 75 to finish 11 over par.

The 51-year-old was disappointed not to have played better, but remains confident he can replicate the form which made him the oldest major championship in last month’s US PGA Championship.

“There’s some opportunities coming up with the way I’ve been playing that I’m optimistic that I can compete and contend,” the six-time major winner said.

“There’s nothing more fun for me than to be in it on the weekend. I’ve actually been playing well enough to have chances, and we have some good tournaments coming up the next couple of months.

“Afterwards I’ll look back and reminisce when the season’s over and I’ll still have that Wanamaker trophy I’ll be looking at, and I’m still looking to add a friend to it along the line.

“That win was very meaningful to me because I’ve been putting in a lot of work the last couple of years and getting nothing out of it, and so to have a moment like that is something that makes it worthwhile.”