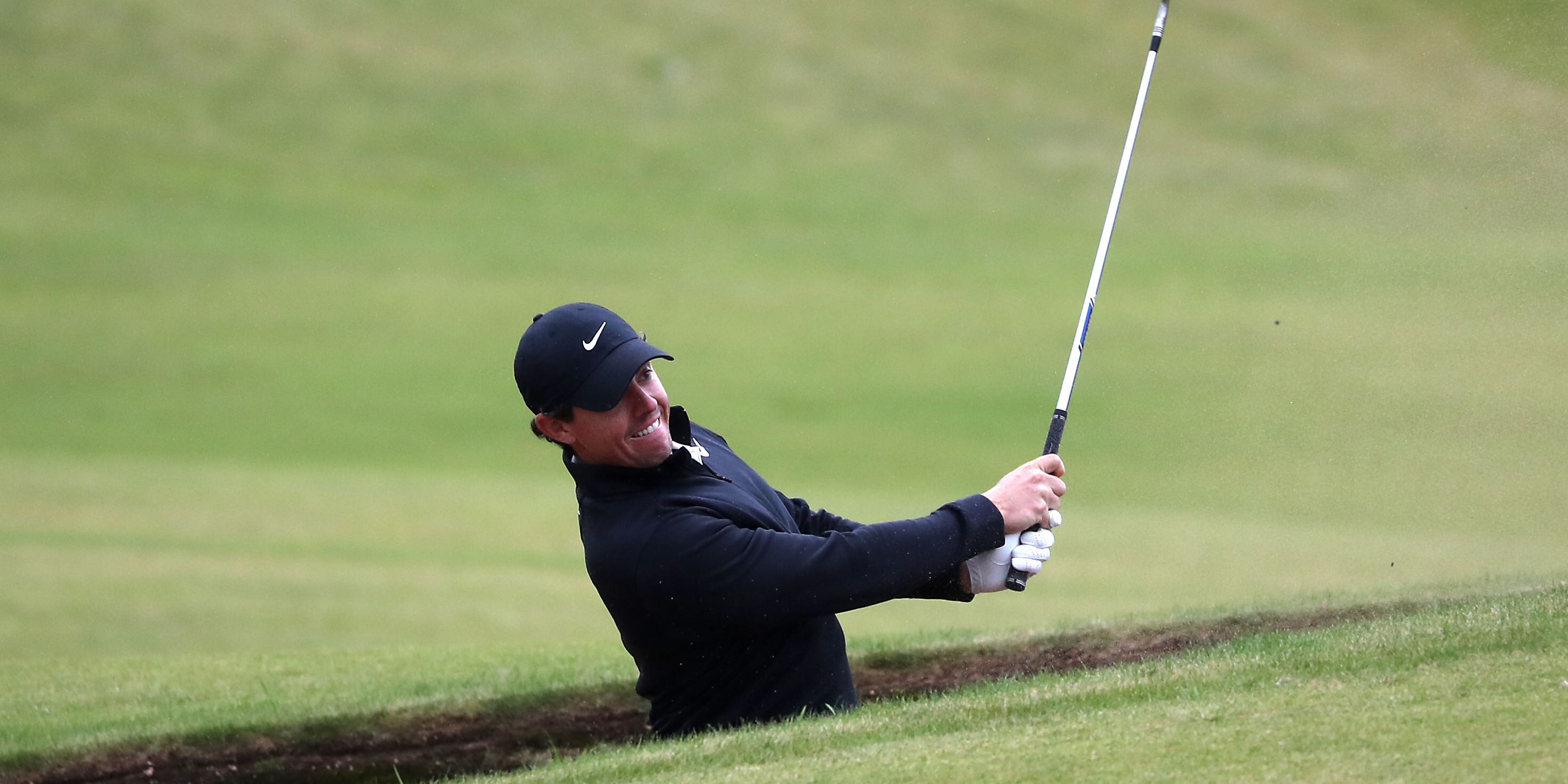 Rory McIlroy hopes an enforced change of plans has “worked out for the best” as he seeks to end his major drought with a second Open Championship victory.

McIlroy will contest this week’s Dubai Duty Free Irish Open at Mount Juliet, but had originally planned to take a week off before the 149th Open at Royal St George’s.

However, with strict coronavirus controls in place for the year’s final major championship, McIlroy has left his wife Erica and daughter Poppy behind in the United States and added the Scottish Open to his schedule as he seeks a first major title since 2014.

Players and their management teams were informed of the regulations last week and told up to four people could stay in private rental accommodation, but only if they were part of the players’ own support group.

“Up until last week my family were going to travel with me and we were going to be here for three weeks,” McIlroy said. “My original plan was to play here, take a week off and then play the Open.

“With me being exempt as a sportsperson and the restrictions not being as heavy for me as they would be for Erica and Poppy, I felt it wasn’t fair to put them through what they would have to go through to be here with me.

“Plans changed very quickly and we made a decision that I’d travel on my own and, because I wasn’t going to go back to the States for one week, I thought if I’m here I may as well play the Scottish (Open).

“It went quickly from them coming to them not coming and then me playing three events in a row.

“It is nice to get a tournament on a links course before going into Sandwich, so if anything it’s probably all worked out for the best.”

McIlroy held a share of the lead in the early stages of the final round of the US Open earlier this month, but bogeyed the 11th and double-bogeyed the 12th on his way to a tie for seventh.

“I was very encouraged walking away from Torrey Pines,” the four-time major winner added. “To have a share of the lead on the final day through a few holes. I gave myself a good chance.

“The one thing I kick myself about wasn’t the double bogey on 12, it was the pretty sloppy three-putt on 11 that stopped the momentum.”

McIlroy has never played at Mount Juliet before, but revealed that it was the scene of a memorable first encounter with boyhood idol Tiger Woods at the WGC-American Express Championship in 2002.

“The last time I was on the 18th green here was during the prize ceremony when Tiger won and I remember somehow sneaking my way under the rope on to the back of the green,” McIlroy said.

“I was standing right behind him and his glove was still in his back pocket. I could have reached and got it and ran – it would have been a good story to tell him.

“That was the first time I ever watched Tiger play live. The first shot I ever saw him hit was a drive off the fifth hole, the par five, and he hit a two-iron into the green and it was really cool.

“I idolised him growing up and to see the man in the flesh was pretty exciting.”