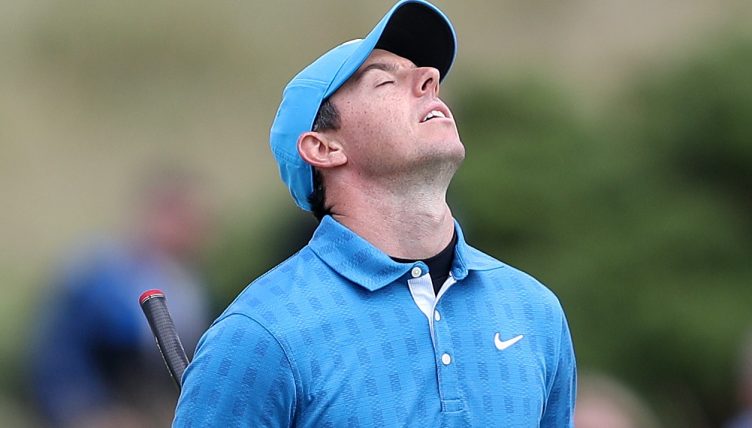 Rory McIlroy hopes reuniting with coach Michael Bannon can put an end to his “erratic” performances as he bids to return to winning ways on the PGA Tour.

World number one McIlroy has struggled for consistency in three behind-closed-doors tournaments since golf resumed following the coronavirus outbreak.

The Northern Irishman has taken more than two weeks off ahead of the Memorial Tournament in Ohio, linking up with mentor Bannon for the first time in five months.

He acknowledges there is plenty at stake at Muirfield Village and believes he gained plenty from his frustrating experiences at the Charles Schwab Challenge, the RBC Heritage and the Travelers Championship.

“This might sound bad but looking back on the first three events I played, I sort of treated them as just dipping my toes my back in the water again and seeing how things felt in terms of no crowds,” said McIlroy.

“There were spells within that three weeks that I felt my game was there, it was just maybe a little erratic, I would make a dumb mistake here or there. They were just lapses in concentration.

“It was nice to take a couple of weeks off. I needed to do a little bit of work on my game, so I got my coach Michael Bannon over, it was the first time I had seen him since the start of February.

“This is a huge event. I saw a stat yesterday that this field is stronger than the last eight Masters tournaments.

“There are a lot of world ranking points and there’s a lot to be focused on this week.

“I feel like my game is definitely better now after that week I had with Michael. I’m excited to get going.”

A formidable 133-player field for the event, which runs from Thursday to Sunday, includes a return to action for five-time winner Tiger Woods.

American Woods is seeking a record 83rd PGA Tour success, which would eclipse Sam Snead’s mark of 82, set in 1965.

McIlroy, who has been grouped with Woods and Brooks Koepka for the first two rounds, admits it is difficult to focus without a crowd and feels his opponent may struggle to adapt to the strange circumstances.

“The first three weeks were good just to get a feel for what it is going to be like,” continued McIlroy, speaking at a press conference streamed on the PGA Tour’s Twitter account.

“Now, someone like Tiger hasn’t experienced that, and maybe he’s going to find it a little weird going out there tomorrow and not having anyone, especially with the amount of crowds he has to deal with all the times when he plays.

“You just have to work really hard to keep your mind on the task at hand and not let your mind wander.

“There are so many opportunities for it to wander because we’re in big open spaces and you’re looking around and you don’t have that tunnel of people to keep your focus.”

While McIlroy is looking to retain his place at the top of the PGA rankings, he insists a return to form is far more important.

“Obviously if I play well then the ranking takes care of itself and all I’m thinking about this week is playing well and putting up some good numbers,” added the 31-year-old.