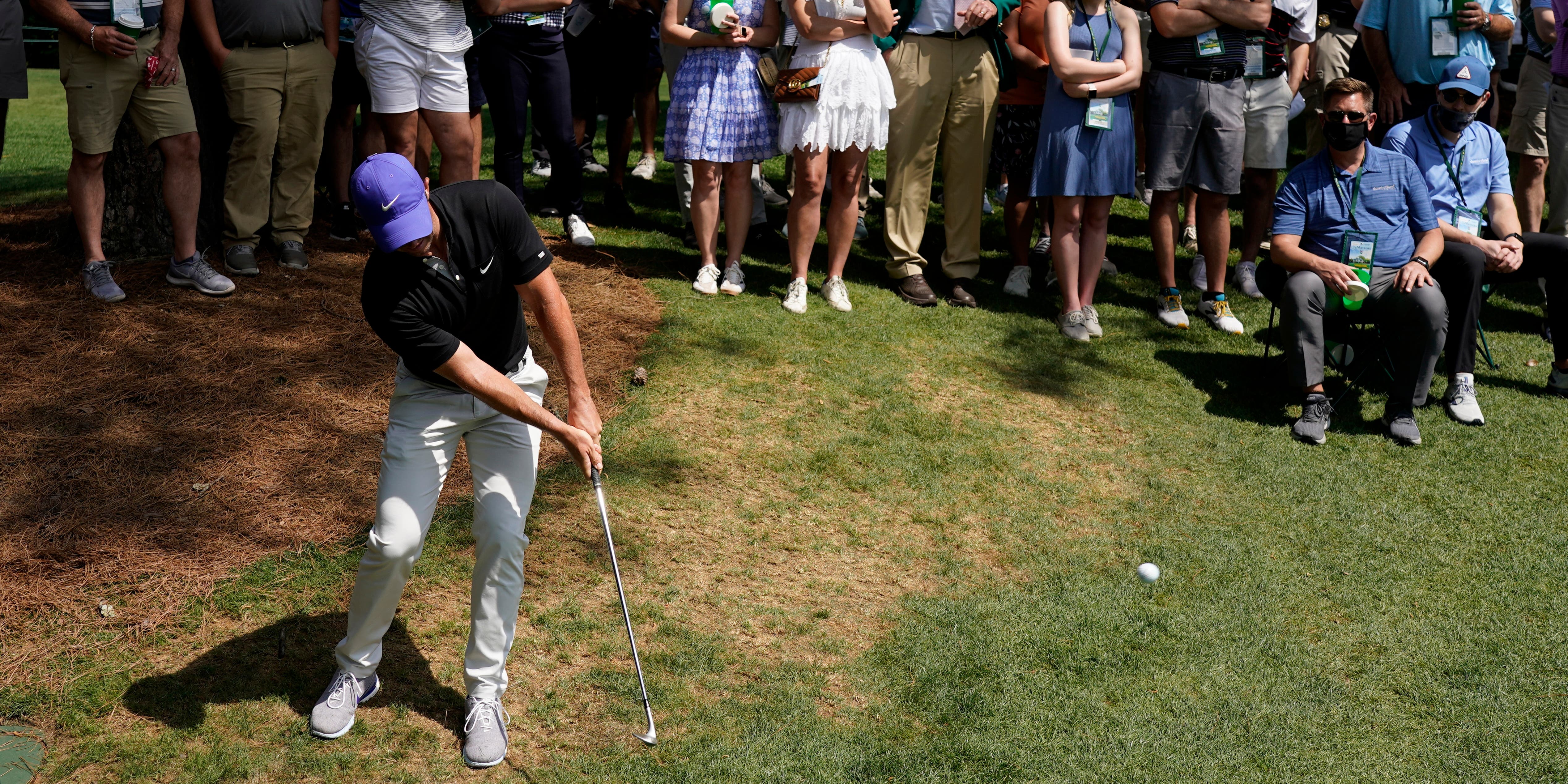 Rory McIlroy inadvertently hit his father Gerry with a wayward shot as he battled tough conditions on day one of the 85th Masters.

McIlroy was already two over par when he pushed his approach to the seventh hole to the right of the green, where it bounced and caught his father on the back of the leg.

The former world number one had at least shouted the traditional warning of “Fore” and Gerry was able to see the funny side, joking with reporters: “I should ask for an autographed glove.”

McIlroy was unable to save par on the seventh and, after carding his first birdie of the day on the par-five eighth, three-putted the next to reach the turn in three over par.

The 31-year-old needs to win the Masters to complete a career grand slam but has struggled for form recently and has started consulting coach Pete Cowen on a formal basis.

McIlroy’s last major title came in the 2014 US PGA Championship and he is without a win of any description since November 2019.