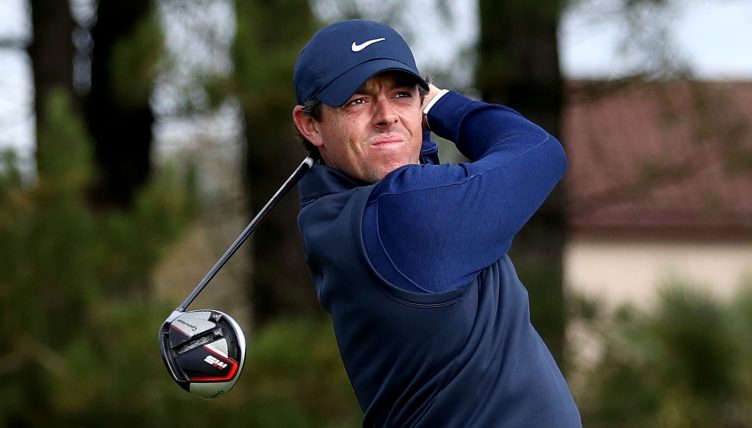 Rory McIlroy is looking forward to seeing golf take its place at “the centre of the sports world” as the PGA Tour returns from its three-month suspension.

The Northern Irishman will tee up at the Charles Schwab Challenge in Fort Worth, Texas on Thursday as a star-studded field looks to mark the resumption from lockdown in style.

Each of the world’s top five players will be at Colonial Country Club, with number one McIlroy starting in a mouth-watering group alongside second-placed Jon Rahm and third-ranked Brooks Koepka in what should provide a spectacle fit for the occasion.

“I think this week is very important because golf will be the centre of the sports world, which it usually is (just) a few weeks a year,” he said.

“For people to have something to watch on TV where they actually don’t know the outcome I think is going to be nice for them. I’m excited. I’m excited to be back on the road and doing what I’m supposed to do: play golf and compete.”

McIlroy believes his sport is perfectly suited to the new circumstances imposed by the coronavirus pandemic, but asked for patience as those involved take their first steps into a new environment.

“I think it’s an important week because golf can show that we can play in a socially distant manner. We can conduct a tournament and adhere to all the safety protocols that have been put in place,” he said.

“It is going to be very easy to fall back into old habits because it’s just what we’ve done. I’d say for the viewing public just to give the players and the caddies a little bit of leeway in terms of if they see something on TV that isn’t quite right.”

McIlroy went on to suggest that the recent sense of co-operation between those involved at the highest level could lead to more dramatic structural changes such as a merger between the PGA and European Tour.

“If anything, I think this pandemic has highlighted the fact that the game of golf at the highest level needs to be simplified,” he said.

“I think it’s opened some people’s eyes up to the fact that we can all sort of work a little bit better together in this world. There’s too many funnels, there’s too many channels.

“I think for the health of both tours…a ‘world tour’ is something I’ve always wanted, but it has to be done the right way. I’ve sort of been calling for it for a while.

Koepka made no secret of the fact he is looking to unseat McIlroy, adding an extra competitive element to their initial outing alongside Rahm.

“I’ve got eyes on Rory,” said Koepka. “That’s the goal, to get back to number one in the world. That’s the whole point of playing: to be the best.

“If I take care of my business, then I don’t see any reason why I couldn’t get back to that.”

There will be no play at 8.46am, with a moment’s silence held in honour of George Floyd, who prosecutors claim was knelt on and killed by police for eight minutes and 46 seconds in Minneapolis last month, prompting widespread civil unrest.

The move has found widespread support, with Koepka describing it as “really special”, Jordan Spieth calling for the idea to be extended “however long we need to” and McIlroy praising “a wonderful gesture”.