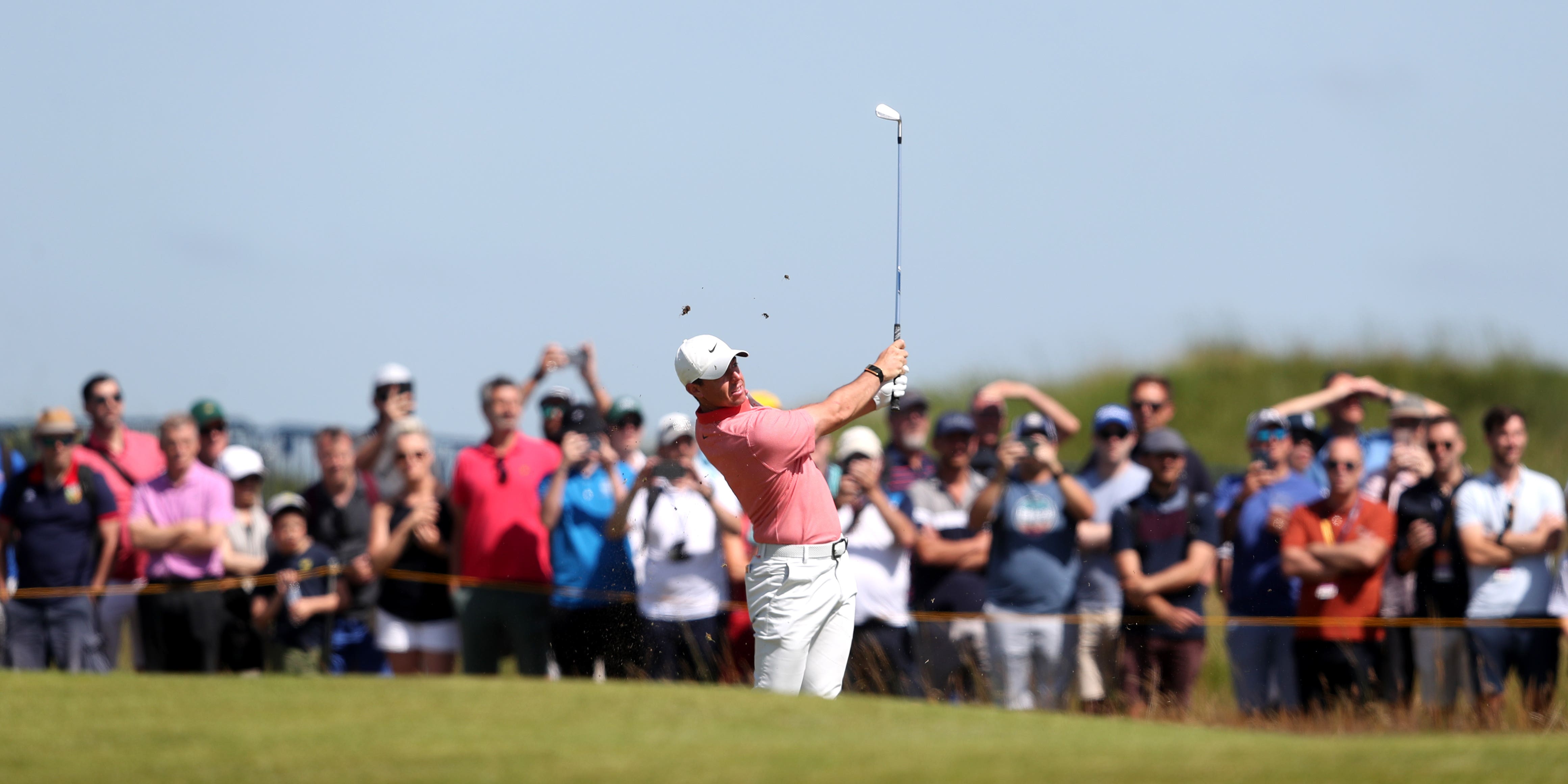 Former champion Rory McIlroy threw a club in frustration after squandering an ideal start to the third round of the 149th Open at Royal St George’s.

McIlroy, who made the halfway cut with just a shot to spare after consecutive rounds of 70, climbed into the top 20 after firing five birdies in a front nine of 31, only to struggle home in 38 for a disappointing 69.

The 32-year-old, who is without a major title since 2014, dropped shots on the 11th and 13th and then hurled his long iron to the ground after pulling his tee shot on the par-five 14th into the rough.

McIlroy could only smile wryly when his par putt on the next horseshoed around the hole and stayed out, but the former world number one will not be happy with letting a promising position slip through his fingers.

In stark contrast, Scotland’s Robert MacIntyre had completed a 65 in brilliant fashion, picking up shots on the 14th and 17th before holing from 60 feet for another birdie on the 18th from a similar location where Sandy Lyle almost came to grief on the 72nd hole of his title win in 1985.

“Obviously it was a bonus there at 18,” said the 24-year-old left-hander, who was sixth on his Open debut at Royal Portrush in 2019 and has made the cut in all seven of his major appearances to date.

“You are not expecting to hole that, you are just trying to get down in two. But my pace was great all day and I managed to put good pace on it, had a decent line and it went in.”

South Africa’s Louis Oosthuizen held the overnight lead on 11 under thanks to a record halfway total of 129, with 2020 US PGA champion Collin Morikawa two shots behind and 2017 Open winner Jordan Spieth another stroke back.

Four-time major winner Brooks Koepka, who was eager to score more points in his spat with Bryson DeChambeau by pointing out he “loved” his driver after a 66 on Friday, was six off the lead on five under.

DeChambeau, whose complaint following his opening round that his driver “sucks” prompted an angry response from his club manufacturers, was in the second group out on Saturday and shot 72 to finish three over.