Rory McIlroy climbs up leaderboard on day three of Open 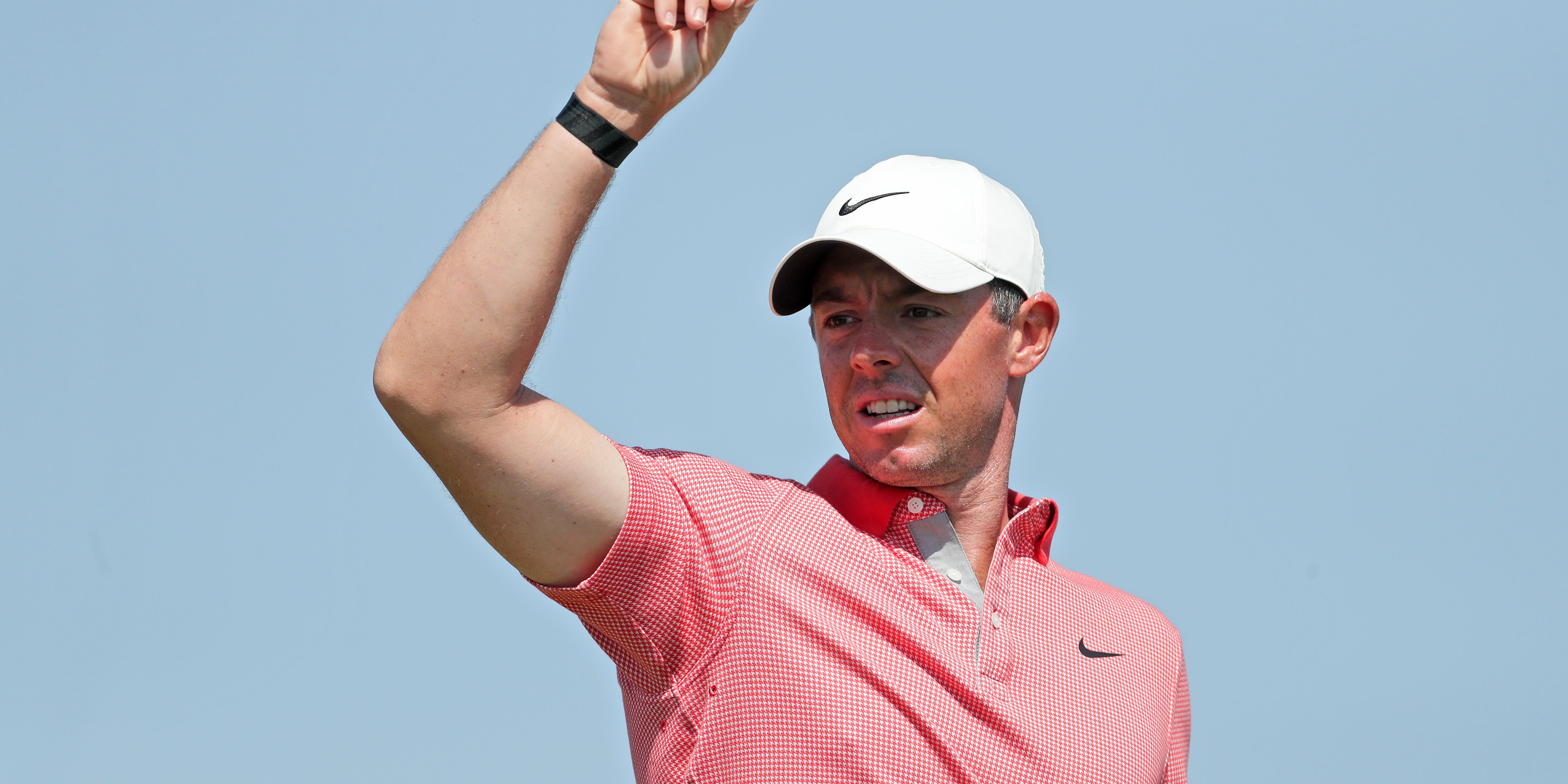 McIlroy made the halfway cut with just one shot to spare, consecutive rounds of 70 leaving the four-time major winner 11 adrift of the record pace being set by South Africa’s Louis Oosthuizen.

That meant an early tee time on Saturday morning, but there were still thousands of spectators on the course as McIlroy holed from 12 feet for birdie on the first and twice the distance on the fourth.

A clumsy three-putt from short of the fifth green cost McIlroy his first dropped shot of the day, but he quickly made amends with a birdie on the sixth.

A superb pitch on the par-five seventh set up another birdie and when he also picked up a shot on the ninth, McIlroy had covered the front nine in 31 to move inside the top 20 on four under.

As McIlroy began the back nine, Bryson DeChambeau was already putting the finishing touches to a disappointing 72 which included a double bogey on the ninth.

DeChambeau had played his last five holes in two under par on Friday to make the halfway cut on the mark of one over, with two amateurs among the 77 players to advance to the weekend on the Kent coast.

The former US Open champion admitted after a second round of 70 that he feels “really bad” about the outburst on day one which led to a war of words with his club manufacturer, the world number six claiming his Cobra driver “sucks”.

A Cobra representative described the comments as “stupid” and likened DeChambeau to “an eight-year-old that gets mad at you”, leading to an apology from DeChambeau on Instagram and another following Friday’s round.

“I made a mistake and I think as time goes on I’ll look back on this as a growing moment for me personally,” he said.

“Hopefully I can make the right things go on from here on out in regards to that because I didn’t mean it, I was in a heated situation and feel really bad about it.”

DeChambeau had started the day 12 shots off the lead held by Oosthuizen and with almost no chance of getting back into contention, although the largest 36-hole comeback in Open history – 13 shots by George Duncan in 1920 – was achieved at nearby Royal Cinque Ports.

Oosthuizen’s record halfway total of 129 had given him a two-shot lead over 2020 US PGA champion Collin Morikawa, with 2017 Open winner Jordan Spieth a shot further back.

Four-time major winner Brooks Koepka, who was eager to score more points in his spat with DeChambeau by pointing out he “loved” his driver after a 66 on Friday, was six off the lead on five under.