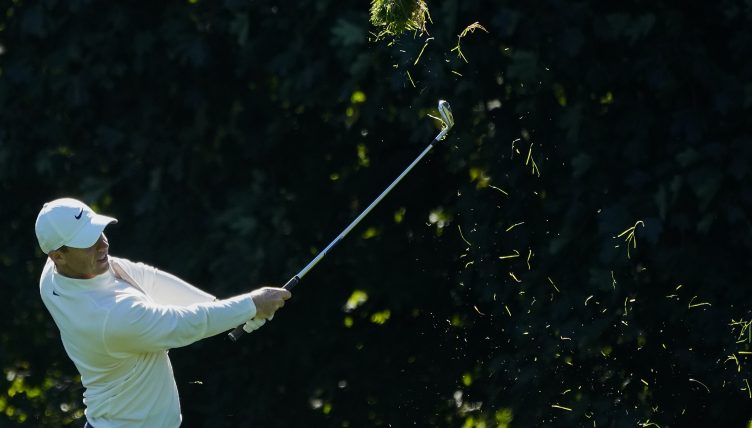 Rory McIlroy revived his bid for a second US Open title at Winged Foot, but was left needing help from elsewhere to remain in touch with the leaders.

McIlroy bounced back from a second round of 76 to card a 68 on day three and set an early clubhouse target on one over par, although he was not the only player taking advantage of the conditions.

American Matthew Wolff, who only turned professional last June and is making his US Open debut, had amazingly raced to the turn in 30 to surge into a share of the lead with Patrick Reed on five under par.

Bryson DeChambeau, Hideki Matsuyama and Xander Schauffele were all on two under in the early stages of the back nine, with former Open champion Louis Oosthuizen a shot further back.

“It was really good,” McIlroy said of a round containing three birdies and one bogey. “The key for me was just to play the first five holes well.

“I saw from a few of the guys early on they were playing really tough, so to get through those in even par, I knew that middle section of the round you could maybe make a couple of birdies and then you sort of have to hang on coming in.

“I executed the game plan really well, knocked a couple in when I could and yeah, a really good round of golf. If I’m within six going into tomorrow that’s not a lot on this golf course. I feel like I’m right in it.”

Sweden’s Alex Noren had earlier defied a “tricked up” Winged Foot to make a significant move up the leaderboard with a superb 67.

“Starting out it felt like it was going to be the toughest day ever on a golf course, with pretty strong winds on the first like six, seven holes,” said Noren, a member of Europe’s victorious Ryder Cup side in 2018.

“Then it got a little bit easier, but the pins are still tricked up. I putted my life out. And you hit some shots out here, you think it’s like a decent shot, and then you just make it into the rough and all of a sudden the hole feels impossible.

“Normally, you hit decent drives or decent shots off the tee or into the greens and you get away with them. Here you don’t get away with anything.

“Yesterday I was (a) very angry man on the golf course and my goal today was to putt better and be in a little happier place. I just tried to be that way.”

Noren’s Ryder Cup team-mate Paul Casey also broke par with a remarkable comeback from a nightmare start, the Englishman slumping to 11 over par with five bogeys in the first seven holes.

However, Casey stopped the rot with a birdie on the ninth, reeled off four more in a row from the 11th and also birdied the last to storm home in just 30 strokes and complete a 69 to lie five over.

Casey birdied the 18th to cover the back nine in just 30 strokes and complete a remarkable 69.

“In all honesty I kind of wanted to walk in after the first five, six, seven
holes. It was just ugly,” Casey said.

“In fairness, it was incredibly difficult out there. It was windy this morning. It was cold. Those first few holes with the wind straight into your face are just very, very difficult.

“I was just trying not to shoot 80 after that front nine. I’m glad I finally
got one off of Winged Foot. It takes its pound of flesh every single time you seem to play this golf course, so I feel like I got an ounce or two of my own flesh back.”