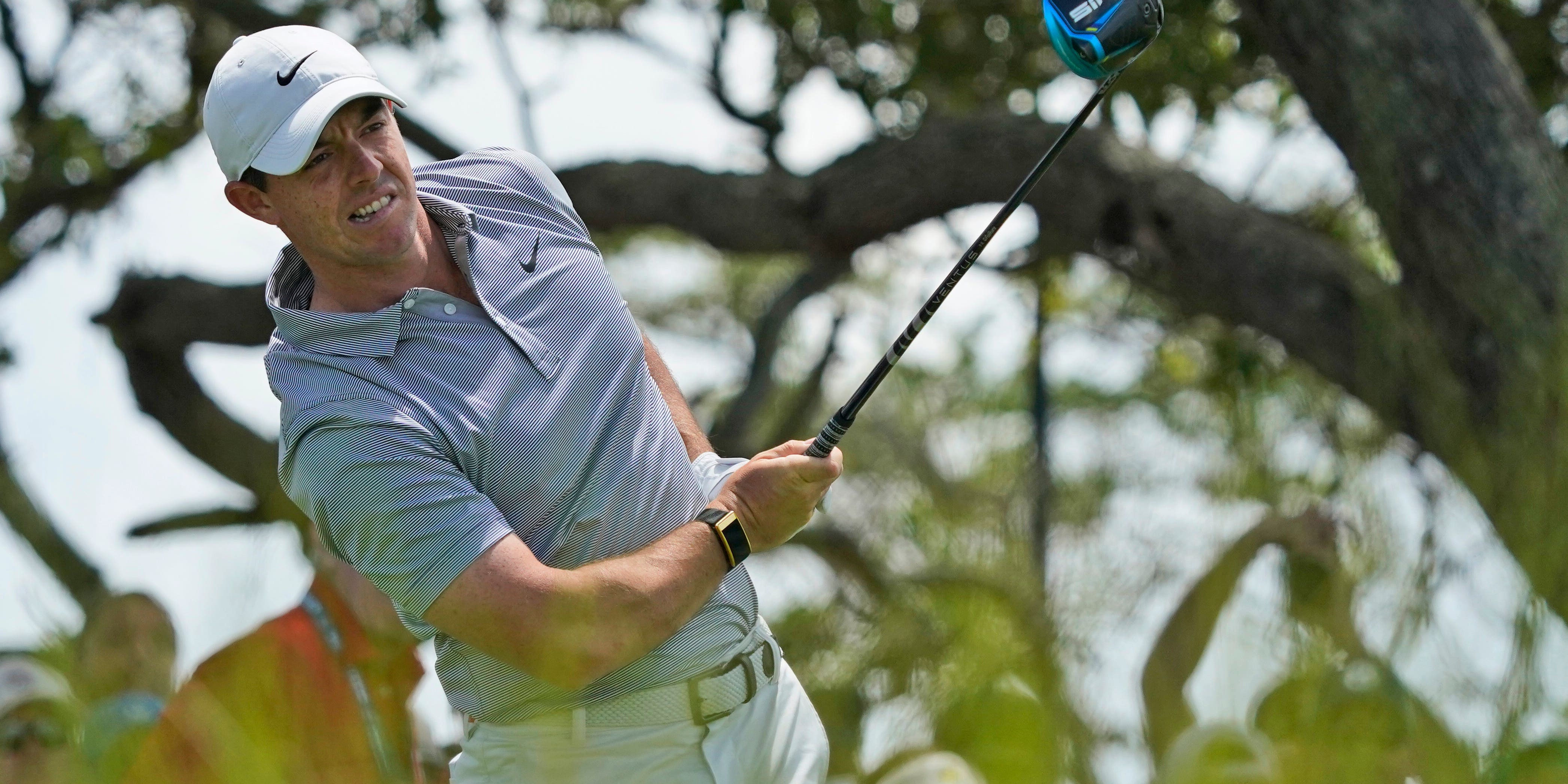 Rory McIlroy bounced back from a shaky start as he got his bid for a second US PGA Championship victory at Kiawah Island under way.

McIlroy, who won by eight shots on the Ocean Course in South Carolina in 2012, was among the early starters on Thursday and had been installed as the pre-tournament favourite following his recent victory at Quail Hollow.

However, the 32-year-old began his campaign for a first major title since 2014 by carving his drive on the 10th, his opening hole, into the water.

After taking a penalty drop McIlroy hit his third shot into a sandy waste area behind the green, but despite appearing to catch his fourth shot a little thin, got up and down to salvage an opening bogey.

With the par-five 11th playing downwind, McIlroy needed only a medium iron for his approach shot and after lipping out for an eagle from 17 feet, tapped in for a welcome birdie.

Another birdie on the 12th took McIlroy into red figures and two shots off the early pace being set by former Open champion Louis Oosthuizen and American Cameron Tringale.

England’s Paul Casey, who partnered Justin Rose to second place in the World Cup at Kiawah in 2003, was part of the group on two under which also contained US Open champion Bryson DeChambeau.

At the other end of the leaderboard, former Masters champion Adam Scott was three over par after starting his round with a triple-bogey seven on the 10th, with 2010 champion Martin Kaymer just a shot better off.

Playing alongside McIlroy, two-time winner Brooks Koepka had started with a double bogey on the 10th after failing to get out of a sandy waste area at the first attempt, but repaired some of the damage with a birdie on the next.

Before play had got under way at 7am local time, former Open champion Francesco Molinari had been forced to withdraw from the event with a back injury in another blow to his chances of making Europe’s Ryder Cup team for September’s contest at Whistling Straits.

The Italian became the first European player to compile a perfect 5-0 record in Paris in 2018, but has slipped to 144th in the world and is currently 42nd in the qualifying race.

“Unfortunately I had to withdraw this morning during my warm-up for an issue to my lower back,” the 38-year-old wrote on Twitter.

“I hope to get better quickly and be able to go back playing as soon as possible. Thanks everyone for the support.”