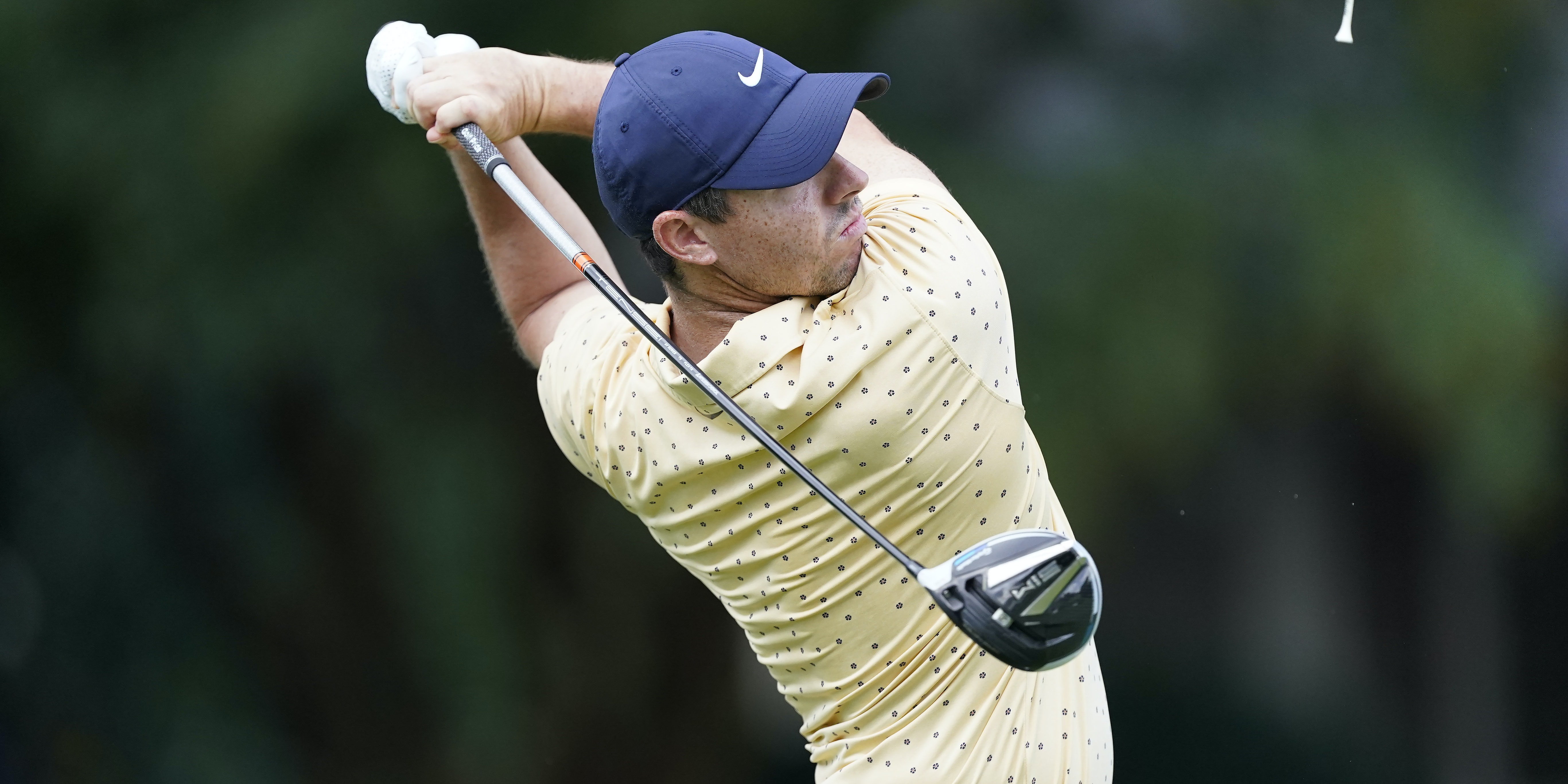 New father Rory McIlroy boosted his chances of becoming the first back-to-back winner of the Tour Championship after a brilliant opening round in Atlanta.

McIlroy, who celebrated becoming a father for the first time with the birth of daughter Poppy on Monday, started the week seven shots off the lead under the controversial handicap system adopted last year.

However, the four-time major winner reduced his deficit to four strokes thanks to a superb 64 which included eight birdies and two bogeys and a back nine of 30 at East Lake.

FedEx Cup leader Dustin Johnson saw his two-shot lead wiped out despite an opening 67, with playing partner Jon Rahm carding a 65 to join world number one Johnson on 13 under par.

Justin Thomas is two shots off the lead on 11 under following a 66, with McIlroy on nine under and Mexico’s Abraham Ancer seven under after matching McIlroy’s 64.

“It could be the secret, turn up the afternoon before you’re supposed to tee off and play a quick nine holes and see where your game’s at,” said McIlroy, who only travelled to Atlanta on Thursday.

“At the start of the week golf was the furthest thing from my mind and sometimes that’s a good thing. Sometimes it’s nice to get away from it and it sort of puts things in perspective a little bit.

“I was coming here with not many expectations. I played okay last week but still struggling in comparison with how I played earlier this year so sort of coming here with a load off my mind that Erica’s great and Poppy’s in good health so I could just concentrate on golf and it was nice to shoot a good first round.

“I didn’t drive the ball particularly well but missed it in the right spots and I think experience around here counts for a lot.

“Overall when you’re starting seven back like I am, just trying to creep a little closer to the lead each day is what you try to do and I’ve done that today. Any time you shoot 64 on this golf course you’ve had a good day.”

McIlroy made the ideal start with a birdie on the first and covered the front nine in 34, but really sparked into life on the back nine with birdies on the 11th, 13th and three in a row from the 16th.

Johnson, who carded five birdies and two bogeys in his 67, said: “It was okay. I scored well. I gave myself a few looks, but I need to hit some more fairways. That’s just the key out here. If you can drive it in the fairway, you can shoot a good score.

“The greens are so good, and the only way to control the golf ball coming into the greens is hitting out of the fairway.

“That’s the only thing I need to do a little better tomorrow. It wasn’t like I was way off or anything. Just hit quite a few drives just in the rough, which is no good around here.”

Rahm, who holed from 66 feet on the first extra hole to beat Johnson in a play-off at the BMW Championship on Sunday, said: “It was good. I would say rounds like this don’t come by very easily at East Lake.

“I’m assuming my fairways hit percentage wasn’t very high, so to not hit many fairways and still shoot low, it’s a hard task out here.

“I think I was able to put the ball on the green in good spots when I could, and when I couldn’t I was able to give myself the best up-and-down option possible. Hopefully I can keep rolling it consistently good and tidy up those tee shots.”