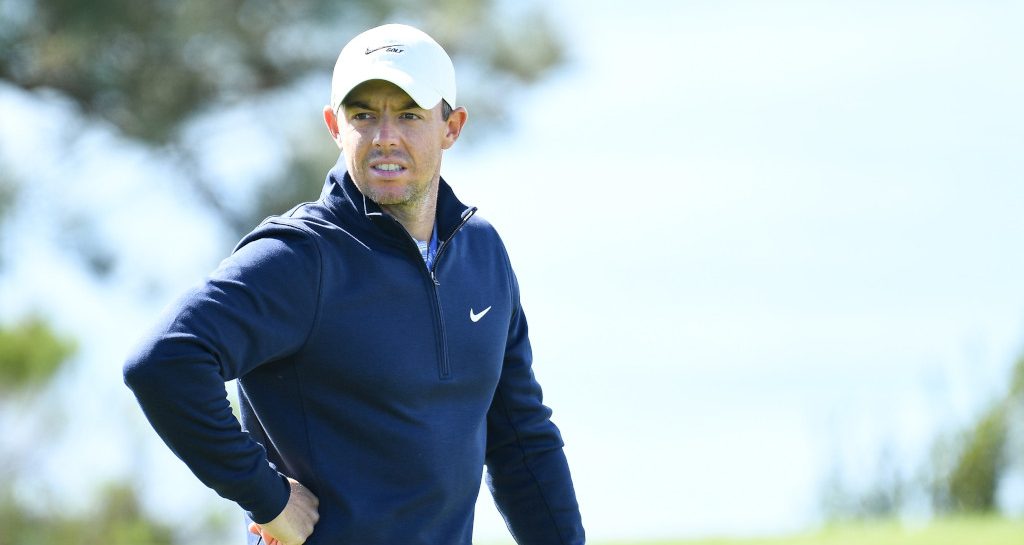 Rory McIlroy faced an uphill battle to remain in contention for the 122nd US Open as breezy conditions played havoc in the third round at Brookline.

McIlroy began the day just a shot off the lead shared by Collin Morikawa and Joel Dahmen, but covered his opening seven holes in three over par to slip five behind world number one Scottie Scheffler.

Seeking his fifth major title and a first since 2014, McIlroy got away with a pulled drive on the first, only to drop shots on the second, third and sixth after failing to get up and down from off the green.

Scheffler had made the ideal start with a birdie on the first, holing from 20 feet after a superb approach from a fairway bunker.

The Masters champion promptly bogeyed the second and had to hole from five feet to avoid further damage after missing the green off the tee and with his chip from the rough, but birdied the third from close range following a stunning approach.

The best was yet to come however, Scheffler holing out from 102 yards for an eagle on the par-five eighth, his third shot bouncing twice before spinning back into the cup.

At six under par Scheffler enjoyed a one-shot lead over Ryder Cup team-mate Morikawa, who holed from 25 feet to salvage a bogey on the fourth and then birdied the short par-four fifth.

Aaron Wise and Patrick Rodgers were a shot further back, Rodgers having chipped in for eagle on the eighth in the group ahead of Scheffler.

Despite having won the Open last year and the US PGA Championship in 2020, Morikawa had held a share of the halfway lead in a major for the first time as he looked to create history with a third victory in just his 11th start.

Since the first Masters was held in 1934 the fastest any player has got to three major wins is 12 starts, the late Australian Peter Thomson doing so courtesy of his hat-trick of Open titles from 1954-56.

A victory this weekend would also give Morikawa the third leg of the career grand slam and leave him, like McIlroy, needing to win the Masters to join Tiger Woods, Jack Nicklaus, Gary Player, Ben Hogan and Gene Sarazen in golf’s most prestigious club.

Sixty four players had made the halfway cut at three over par, with Ireland’s Shane Lowry and Ryder Cup team-mate Sergio Garcia among those to miss out by a single shot.

Lowry found himself on the wrong side of the draw, with those playing early on Thursday and late on Friday averaging 1.6 strokes lower than the other half of the field.

And the 2019 Open champion was not impressed to see some of the greens apparently being watered during play on Friday, writing “In what stratosphere is this fair USGA” over an Instagram image of staff spraying the 13th green.

Those who did make the cut were separated by just eight shots and are no doubt all still eyeing the record first prize of 3.15million US dollars (GBP 2.58m), 850,000 dollars (GBP 695,000) less than the individual winner’s cheque in last week’s first LIV Golf event at Centurion Club.