Rory McIlroy and Justin Rose three off the lead in Texas 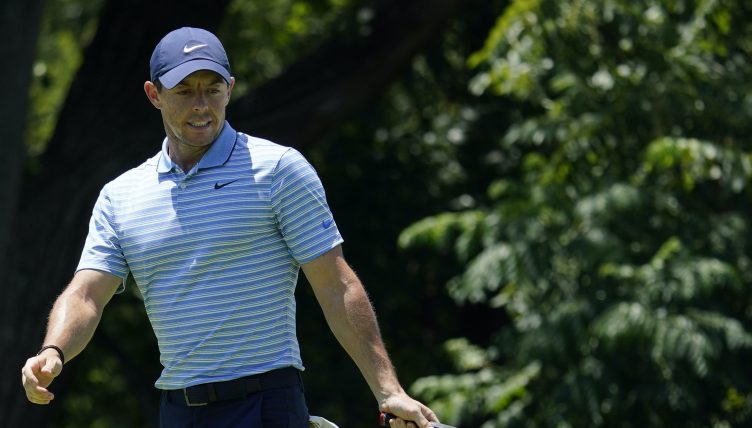 World number one Rory McIlroy slid down the leaderboard while England’s Justin Rose battled to hold his position through round three of the Charles Schwab Challenge in Texas.

The pair sat three shots off the pace on 10-under par in a bunched leaderboard heading into the last day of golf’s first post-coronavirus tournament.

McIlroy struggled to repeat the heroics of a seven-under 63 which put him two shots off the lead at the halfway point, carding a one-under 69 to drop five rungs down the leaderboard.

The Northern Irishman was among six players sharing ninth spot along with Rose, who was co-leader after an opening 63, but struggled for consistency on Saturday with a 68 involving six birdies, a double bogey and two bogeys – at the 16th and 18th.

Xander Schauffele was the third round leader on 13-under after a second straight 66, one shot ahead of a four-way tie for second including fellow Americans Jordan Spieth and world No. 4 Justin Thomas.

Ian Poulter improved with a three-under 67 to share 22nd place at seven under, while fellow Englishman Matthew Fitzpatrick was two further shots back.

McIlroy began well by making a four-yard putt for a birdie four on the first hole, but had to hit out of trees on the left en route to a bogey five at the seventh, then made it back-to-back bogeys after a wayward approach shot on the par-three eighth.

Rose started in great style with successive birdies before finding trees and needing a drop on the way to his double-bogey six at the fifth.

He recovered to birdie three of the next four holes to turn with a three-under 32, drove to 13-feet for birdie two at the 13th, but squandered his good work by three-putting from 13 feet for a bogey at the short 16th, before finding a bunker in closing with a bogey five.