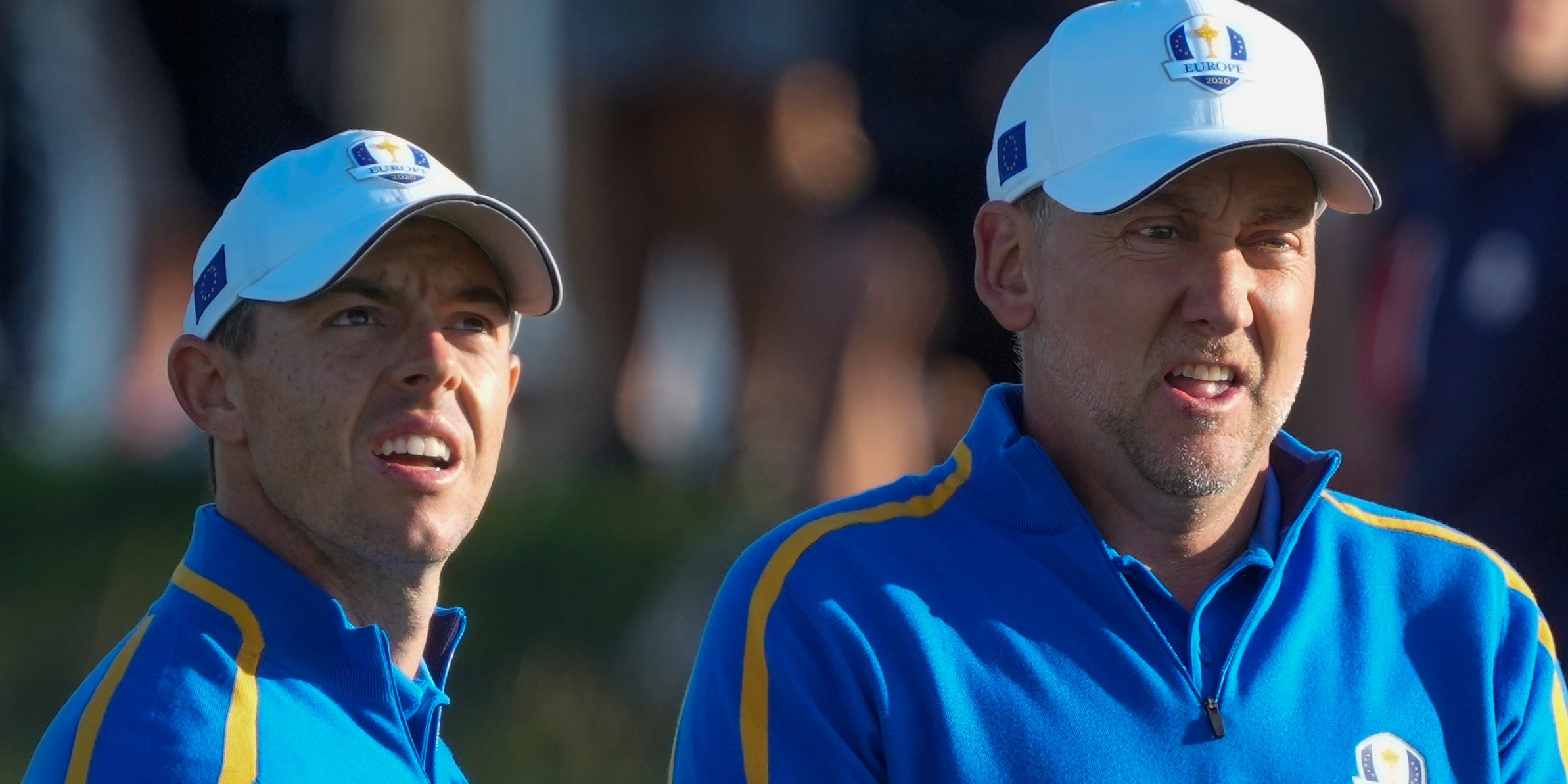 Rory McIlroy and Ian Poulter were battling to avoid a thumping defeat as world number one Jon Rahm led from the front on the opening day of the 43rd Ryder Cup.

Rahm was in inspired form alongside Sergio Garcia in the first foursomes match at Whistling Straits, holing from almost 60 feet on the fourth hole as the European pair took control against Jordan Spieth and Justin Thomas.

But it was an entirely different story in the final match as McIlroy and Poulter lost the first five holes to Patrick Cantlay and Xander Schauffele, who covered that stretch in three under par.

That left the European pair in danger of suffering the heaviest ever defeat in a foursomes match, the largest margin of victory of 7 and 6 most recently achieved by Phil Mickelson and Keegan Bradley against Lee Westwood and Luke Donald in 2012.

Westwood, who is making a record-equalling 11th appearance in the Ryder Cup, and Matt Fitzpatrick were one down after 10 holes against Brooks Koepka and Daniel Berger, with Paul Casey and Viktor Hovland two down after 11 against Dustin Johnson and Collin Morikawa.

Garcia already holds the record for most points won in the Ryder Cup with 25.5, while another win here would be his 23rd victory, equalling the record held by Nick Faldo.

A birdie on the 10th took Garcia and Rahm three up before their opponents birdied the 13th to close the gap.

Although the atmosphere on the first tee had been somewhat subdued, especially when compared to Hazeltine in 2016 and Paris in 2018, Europe’s players and backroom staff were booed when they arrived on the tee.