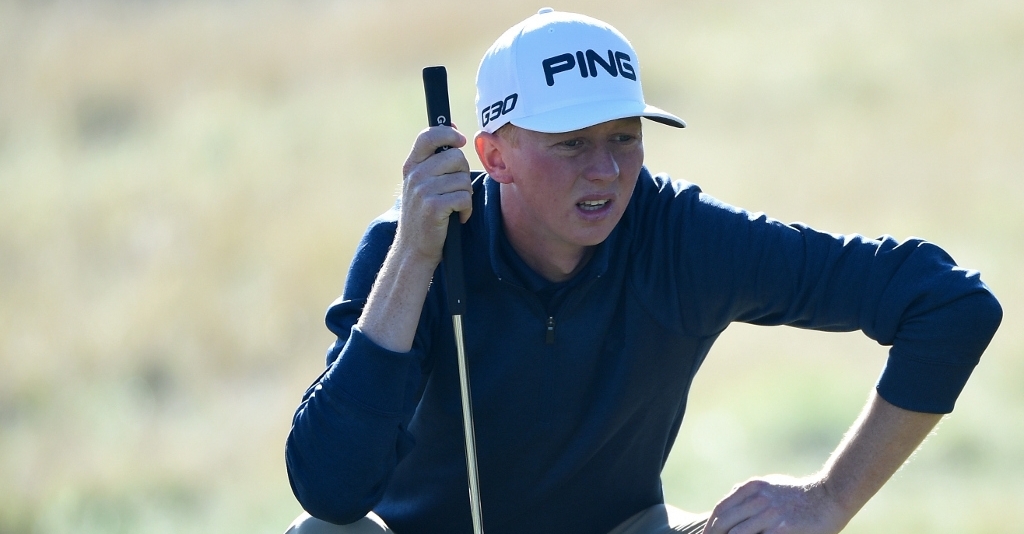 Newcomers Jimmy Mullen and Paul Dunne grabbed a surprise share of the lead on the first day of the Alfred Dunhill Links Championship.

Mullen and Dunne, both making their professional debuts after helping Great Britain and Ireland win the Walker Cup last month, carded a pair of 64s to join Sweden's Kristoffer Broberg at the top of the leaderboard on eight under par.

Mullen and Dunne were both playing the Kingsbarns course, while Broberg shot his 64 at St Andrews.

At the Alfred Dunhill Links Championship, players take their turns playing each of the three courses – Kingsbarns, St Andrews and Carnoustie – over the first three rounds, before they all congregate at the Old Course for the final round.

It's not the first time Dunne has grabbed the headlines – the Irishman held a share of the lead going into the final round of The Open at St Andrews.

Englishman Mullen, meanwhile, became just the fourth man in history to win all four of his matches in a Walker Cup.

Both young men are currently in the process of trying to earn their European Tour cards for next season, having come through the first stage of Qualifying School.

While the prospect of full-time professional golf looms large, Mullen says he won't be approaching the game any differently going forward.

"What I did as an amateur worked, so I didn't see any reason to change it," he said.

"I just stuck to what me and (caddie) Alex (Howie) and Paul (Mitchell), my coach, who is up for a practice day, stuck to our game plan and our routine, and it worked all right today.

"I'll try and do it again the next hopefully three days."

The leading trio are just one shot clear of three others – Soren Kjeldsen, Richard Bland and Anthony Wall, while Marcus Fraser follows a shot further back on six under.

Stephen Gallacher and James Morrison are among those on five under, while two-time major champion Martin Kaymer was in the group at four under, having shot the joint-best round of the day at Carnoustie.

Lee Westwood and Luke Donald are also in the field, and lie on one under par after each posting a 71 at Carnoustie, which was definitely playing the toughest of the three courses on the day.

American Brooks Koepka also teed off at Carnoustie, as did South Africans Ernie Els and Charl Schwartzel, and all three returned level-par 72s.