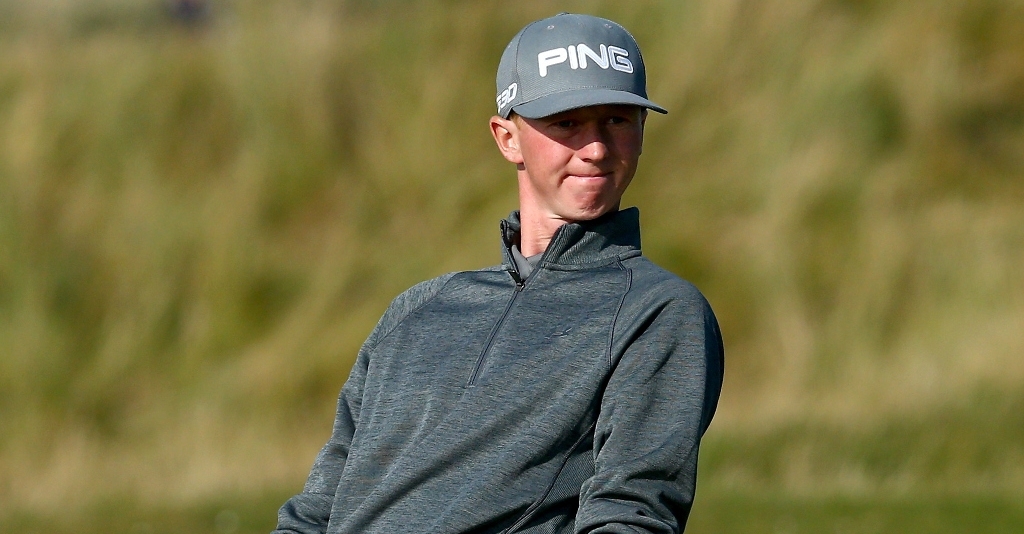 Jimmy Mullen's dream debut continued in the second round of the Alfred Dunhill Links Championship on Friday.

The 21-year-old Englishman, who turned professional after helping Great Britain and Ireland win the Walker Cup last month, followed up a first-round 64 at Kingsbarns with a three-under-par 69 at St Andrews on Friday to move to 11 under par.

At the Alfred Dunhill Links Championship, players take their turns playing each of the three courses – Kingsbarns, St Andrews and Carnoustie – over the first three rounds, before they all congregate at the Old Course for the final round.

Mullen is tied at the top alongside countryman Anthony Wall, who posted a second-round 68 on the day, also at St Andrews.

Donaldson made one of the biggest moves of the day with a seven-under-par 65 at Kingsbarns, while Dunne stayed in touch with a two-under-par 70 at the Old Course.

Stroud and Olesen both shot 66s at Kingsbarns.

Co-leader Mullen started with a bogey at the fourth, but hit back with birdies at five, seven, nine and 12.

He dropped another shot at the 13th, but bounced straight back with a birdie at the par-five 14th to sign for another solid round.

"I was just out there trying to enjoy it and learn and to be at the top of the leaderboard is, I can't really explain," he said. "It's a different experience but I'll just have to learn that as I go along."

"The hardest bit for me is you watch all the players growing up from when I was a junior and just realising that you're playing against them now and seeing them on the range.

"I'm still a bit like: 'Oh look, there's Kaymer' and all the people like that so I'm just trying to let them do what they do and just concentrate on what I do. I think I've managed to stick to that quite well over the last two rounds.

"I got a bit twitchy lagging a few putts up on the back nine but I'm happy with my day's work."

Donaldson, who is coming off a top-five finish at last week's Porsche European Open, made eight birdies in a flawless round.

“I played pretty nicely,” he said.

“There’s a lot of chances out there especially when the wind dropped a bit. Earlier on when it was quite cool the ball wasn’t going very far and then it warmed up which enabled me to hit it closer to the pins.”

Two-time major champion Martin Kaymer shot a 68 to move to eight under par, three shots back, while Graeme McDowell (69) and Branden Grace (64) were among those on seven under.