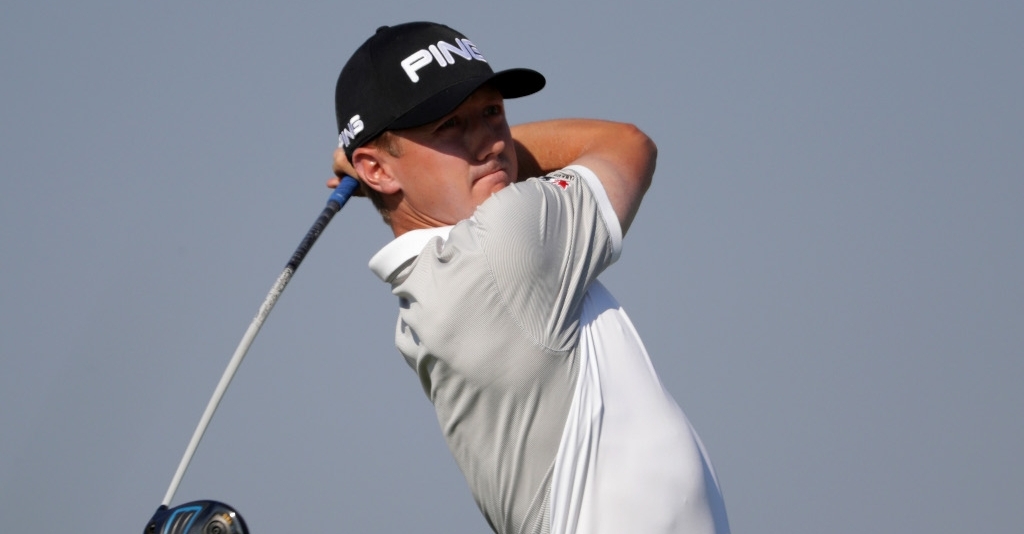 Canadian newcomer Mackenzie Hughes is the first-round leader at the RSM Classic after a stellar nine-under-par 61 on Thursday.

The PGA Tour rookie, who recently graduated from the web.com Tour, briefly flirted with a 59, but will no doubt be satisfied with his score.

Hughes carded nine birdies in a bogey-free round at Sea Island resort in Georgia, although he could only close with three straight pars. He birdied three of his first five holes and four of his first seven.

“It was one of those days where everything was kind of clicking and was going right,” Hughes said. “Toward the end there I had a chance to shoot 59 and I was thinking about it, but came up a couple short. But it was a great day.”

Veteran Stewart Cink looked set to join Hughes at the top, but a closing bogey saw him settle for a 62 and a share of second place with countryman Jonathan Byrd – a Sea Island resident.

Fellow Americans Cameron Tringale, Kyle Stanley and Blayne Barber lie in a tie for fourth on seven under alongside Japan's Hiroshi Iwata.

Other notables include South Korea's Seung-Yul Noh and South African Ernie Els, who both opened with four-under 68s.