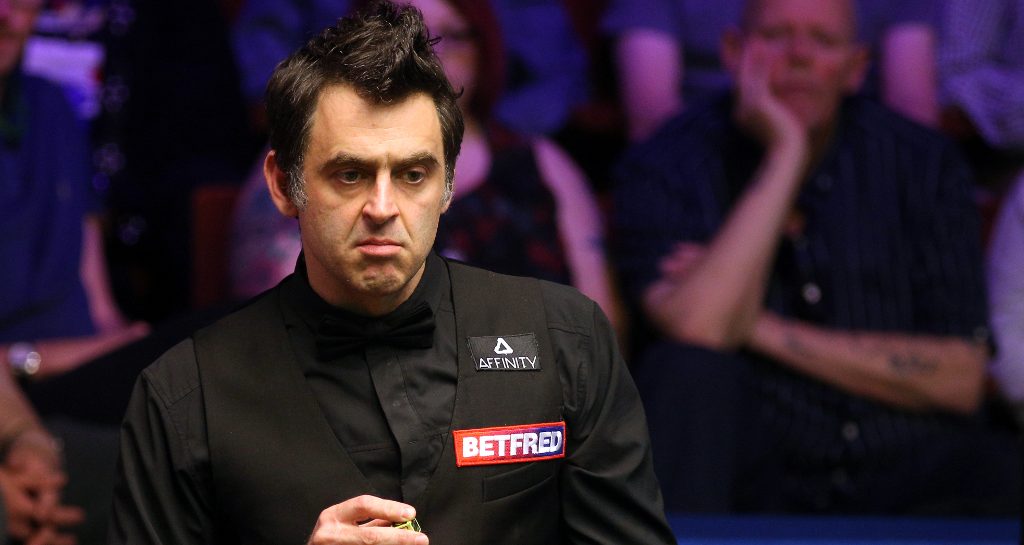 Ronnie O’Sullivan reckons there are only a handful of sportsmen in the world who can be considered truly great – and he should know.

The snooker legend was asked to comment about Tiger Woods’ recent comeback win at the Masters, and said the victory was proof that sport’s true greats should never be written off.

It took Woods more than a decade to return to the winner’s circle in the majors, while O’Sullivan is currently the strong favourite at the Crucible to clinch his first world crown since 2013.

O’Sullivan will try to equal the six career world titles won by Steve Davis and Ray Reardon and move within one of the all-time record of seven held by Stephen Hendry.

Like Woods, he is trying to reclaim his position at the top of the sport at the age of 43, and while he didn’t put himself in the same category as Woods or sprinting legend Usain Bolt, the implication was clear.

“I think if you don’t feel pressure you’re probably not going to perform well. The reason why Tiger Woods and Usain Bolt produce such fantastic performances is that they raise their level because of the pressure,” said O’Sullivan.

“It is great to watch true greatness. There’s a lot of people around sport who get spoken of in great terms but they are not actually great – they are just very, very good.

“There’s probably just five or six sports people on the planet who you should never really write off.

“Sport’s not just about the ability to do it, it’s about the courage and the mentality and the confidence to stamp the authority on the game and make other people not play to their full potential.”