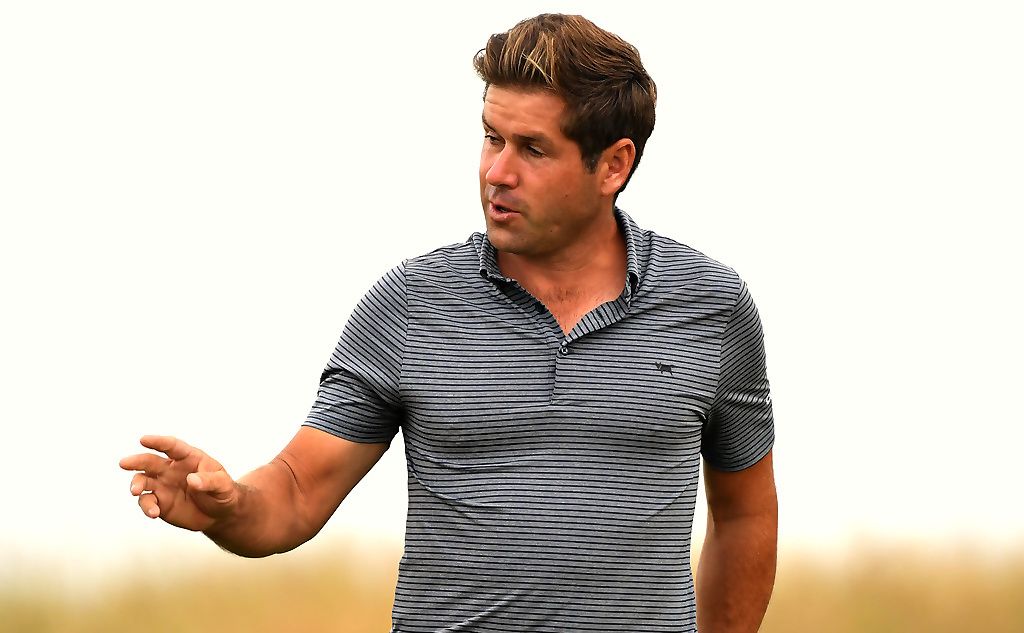 Englishman Robert Rock scored a bogey-free opening 36 holes for the first time in his European Tour career for the halfway lead at the Scottish Open on Friday.

Rock scored a 63 after his opening round 64 for a 13-under-par 127 total for the lowest score of the European Tour season.

Two shots off the pace were countryman Tyrrell Hatton and Sweden’s Jens Dantorp and a shot further back is American Rickie Fowler and England’s Eddie Pepperell on 10 under.

Rock made five birdies in his first eight holes plus two more on the 12th and 16th for his seven-under round of 63.

After his stunning round, Rock said that despite his swing not feeling 100 per cent he was surprised to pick up the round that he did.

“My swing didn’t feel as good today but I managed to get a better score out of it which surprising but that is part of the four-round process,” said the Englishman.

“If you can do that when you don’t feel quite as good, that’s something. That gave me a bit of hope because I know generally, four days, I don’t get four days of everything feeling great.

“I generally have three days of feeling great and one iffy one. I hope this was the iffy one; it might not be, but I’m used to that sort of scenario happening over four days.

“I’m pleased that I managed to turn out a good score and had some things go my way to help me do that.

“Not dropping shots makes you feel like you’re playing proper golf, smart golf and your bad shots aren’t really bad. My short game is kind of healthy at the moment. You need two, really, to save par. Yesterday I only missed one green and I chipped in and that was pretty cool.

“Today wasn’t obviously as good tee-to-green but I did make some good up-and-downs, and my long putting has been good, which this type of golf demands, really. I have a lot of 40- and 50-foot putts, when you’re in the fairway or you don’t hit a great approach shot, you put it on the front edge or back edge and you lag those up and two-putt is what you’re after. So far, so good.

“If I play another two good rounds, I shouldn’t be too far away. But if some guys shoot, I don’t know, the same sort of scores, they will be tough to catch.”

Hatton was very happy with his round of 64 to only be two off the pace. “If I can play like that and score that well, then that’s obviously really good. So I’ll take a bit of confidence from that and hopefully have a good weekend.”